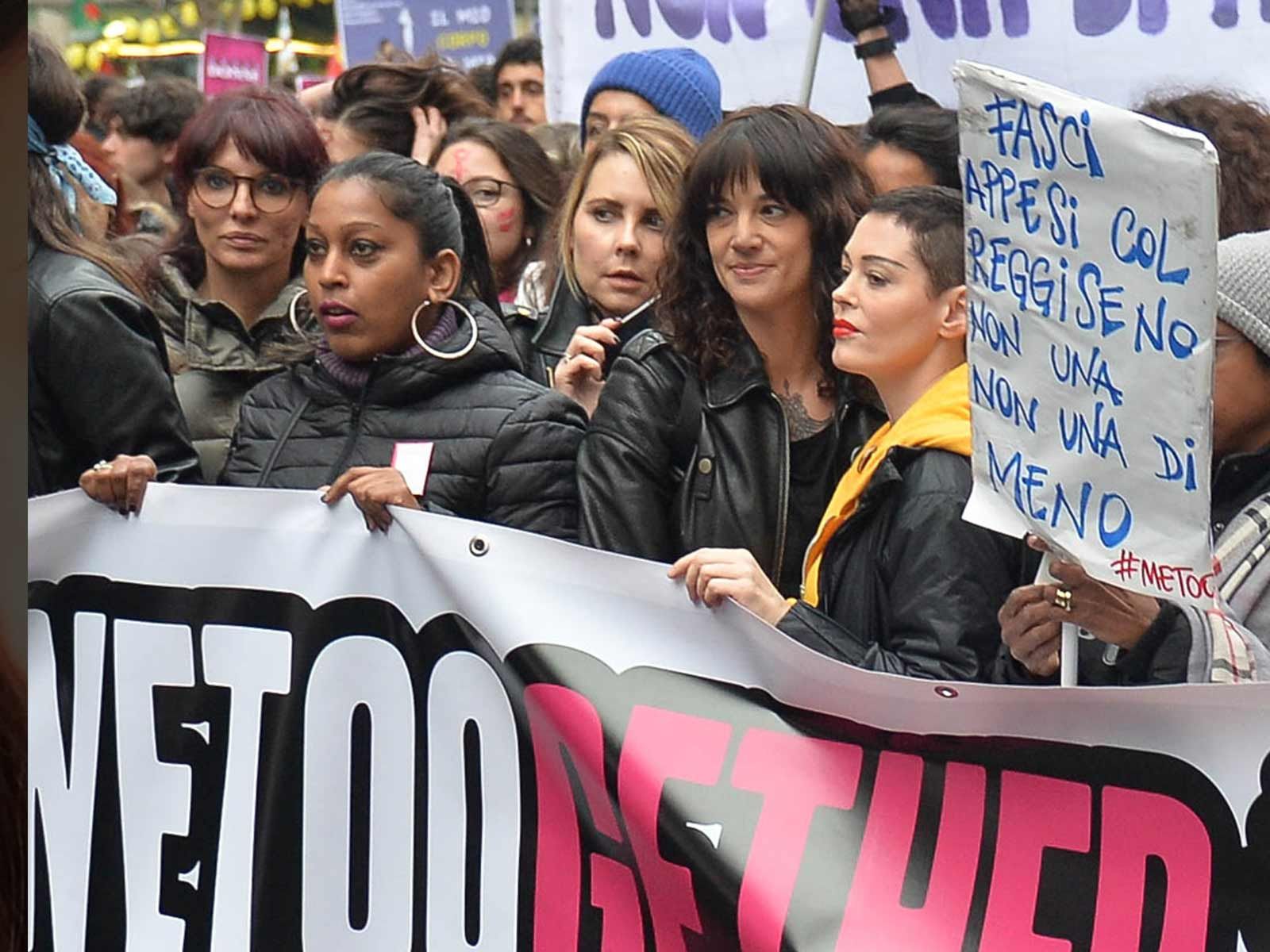 Rose McGowan and Asia Argento have come together to march alongside their fellow sisters.

The two, who've both accused Harvey Weinstein of sexual assault, are walking amongst thousands of females in Rome for a women's parade on International Women's Day.

McGowan and Argento are seen holding a banner with the hashtag #WeToogether ... a spin-off the #MeToo movement that Rose is given tremendous credit for shining light on.

This isn't the first time we've seen them hanging out.

In November, McGowan posted a photo of them together with Annabella Sciorra, another Weinstein accuser, with the caption, "Magical moments with @asiaargento & @iamannabellasciorra #WomenRise #Survivors #ROSEARMY."

As The Blast reported, the three women were among the first, and the most outspoken, of Weinstein’s accusers.