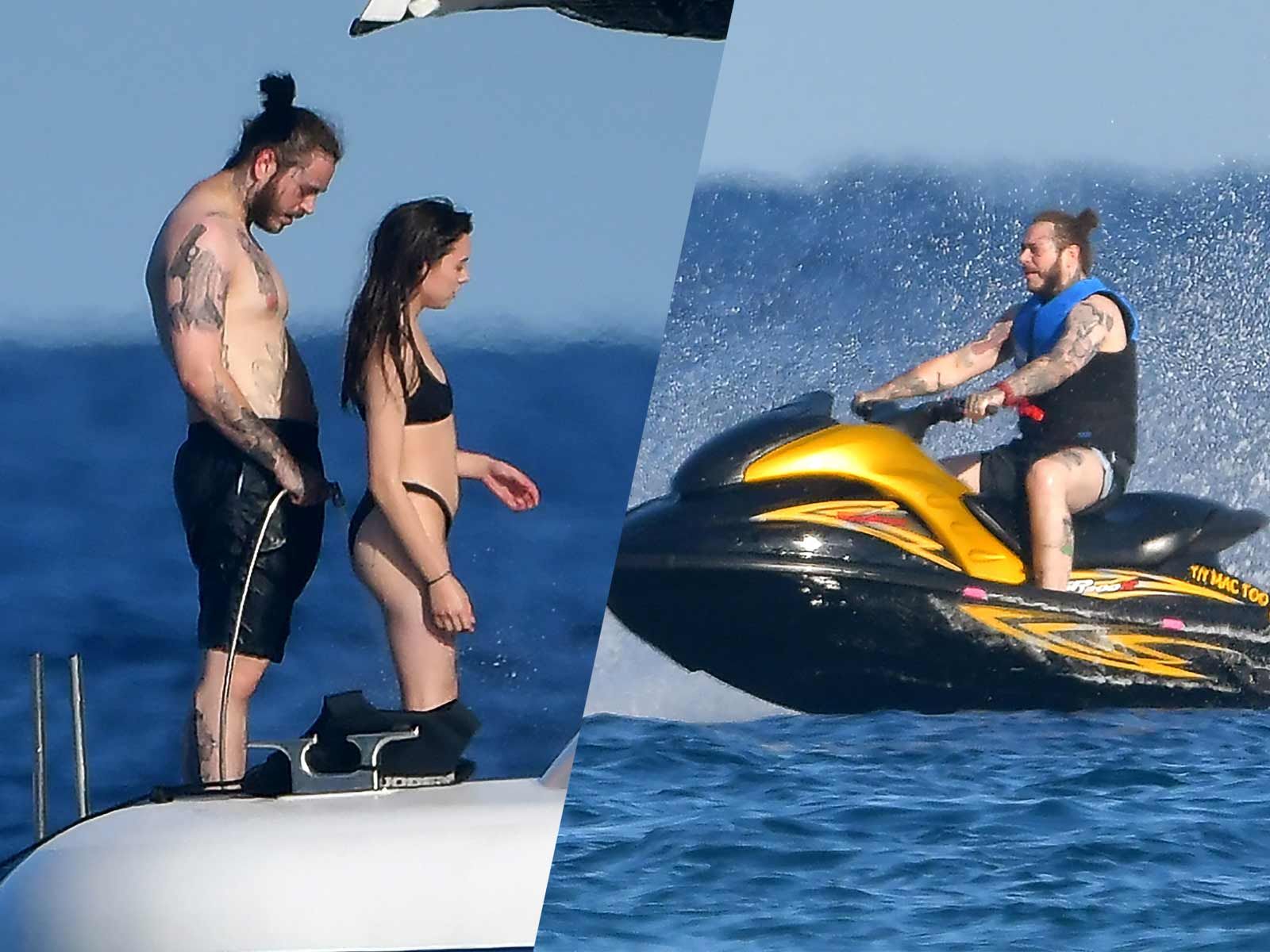 Post Malone Has a Swell Time With Bikini-Clad Girlfriend On Yacht in St. Tropez

8:10 AM: Fans of Post Malone are now claiming the girl on his yacht is not Ashlen Diaz, but a lookalike. Also interesting, Diaz posted on social media last night that made it appear she was still in Los Angeles.

We've reached out for clarification from the photo agency and Posty's team.

The "Better Now" rapper is in France with his entourage, and girlfriend Ashlen Diaz. The two have been dating since 2015 after she reportedly booked him for a club appearance. The star also keeps the relationship relatively private.

Posty was seen relaxing aboard the vessel, and also hopping on a jet ski to shred the waves.

Days earlier, Malone was onboard an aircraft that blew it's tires upon takeoff and was forced into an emergency landing after circling the skies for hours. The entire world was captivated as the plane attempted, and nailed, the landing.

After he landed, Diaz proclaimed "Thank You God" on social media while Malone went and grabbed some pizza and beer.