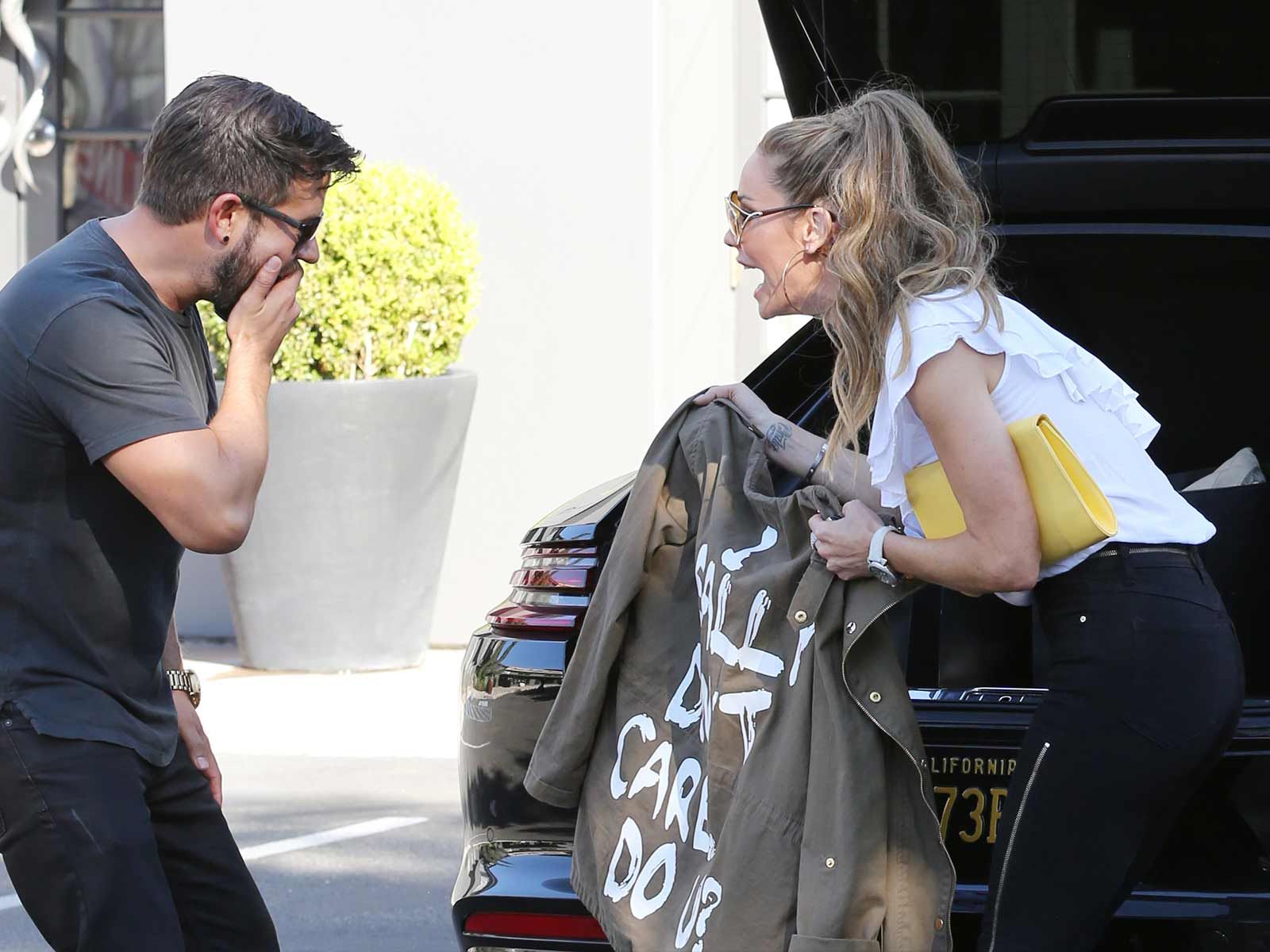 The woman who depicted the First Lady gyrating naked on top of President Trump's desk is definitely not shy about her controversial role ... in fact, she's still driving around with the wardrobe!

35-year-old model, Melanie Marden, is the star who played Melania Trump for T.I.'s video promoting his new album, Dime Trap. She was seen out Thursday in Los Angeles showing off her Zara jacket with the infamous quote, "I Really Don't Care, Do U?"

Tip's video has already been blasted by Melania's office, who claimed the parody was "disgusting" and called for a boycott of the hip-hop star. Marden has also received backlash, and claims she has received multiple threats for her to be killed or raped.

Marden said she's surprised about the response, and never intended to make a political statement.

She also seems to be enjoying the spotlight, so we'll have to see if Marden makes a Yuge comeback as Melania in the future.