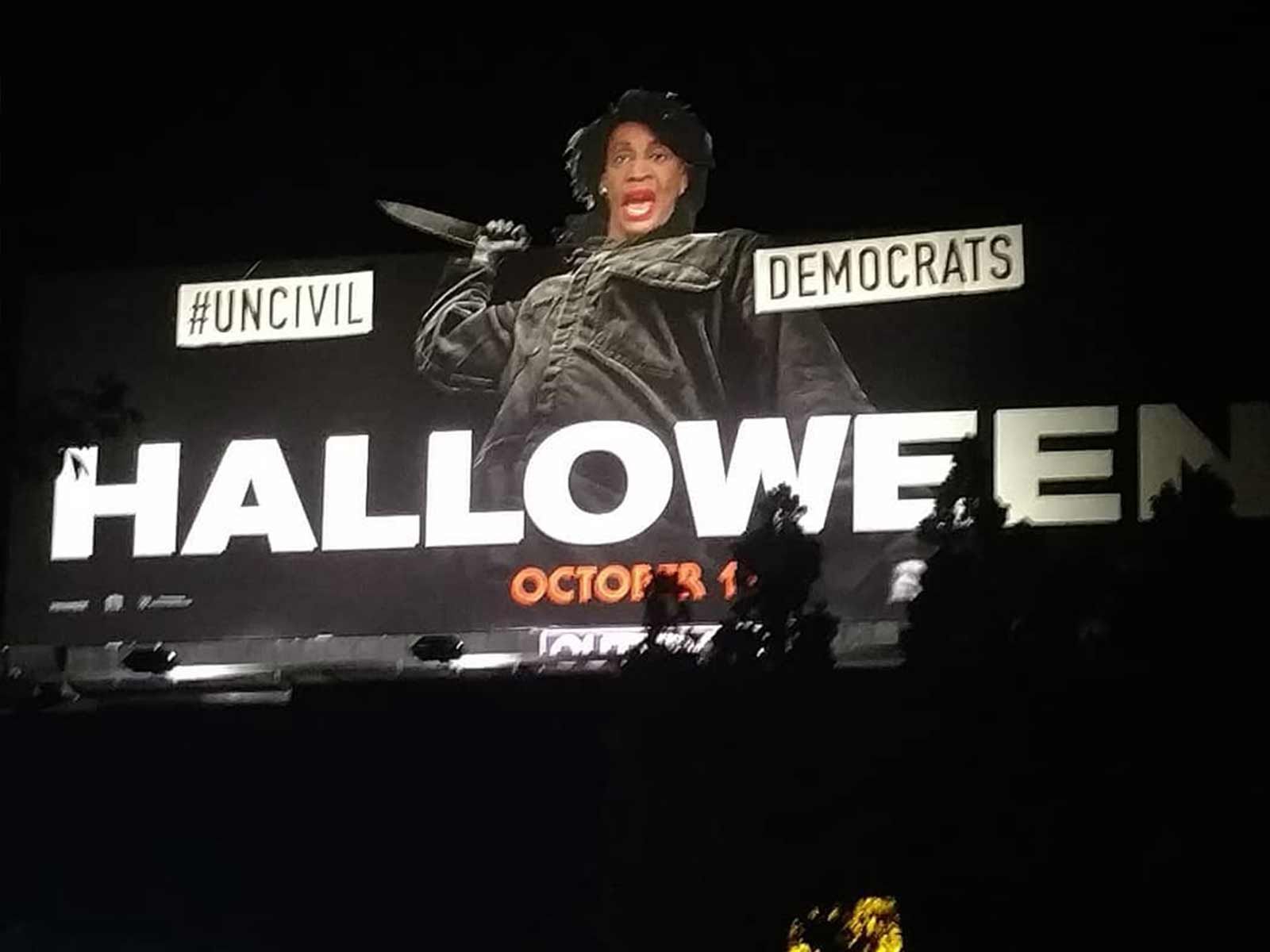 According to one Los Angeles street artist, the only thing more terrifying than Michael Myers on a murderous rampage, is Maxine Waters.

The California politician was the target of a political artist when a photo of her head was swapped out for the iconic slasher and fixed on top of a Hollywood billboard advertising the new "Halloween" flick. The phrase "#UnCivil Democrats" was also plastered on the billboard.

The man in question is named Sabo, and according to the Hollywood Reporter, he's a conservative artist who was responding to Waters' inciting mob mentality against President Trump's administration earlier this year.

As of this posting, the hijacked billboard still displays Waters' face, and it's unclear when it will be restored.

"Halloween" premieres today, and although Michael Myers masks are banned from theaters, dressing as Maxine Waters is probably allowed.