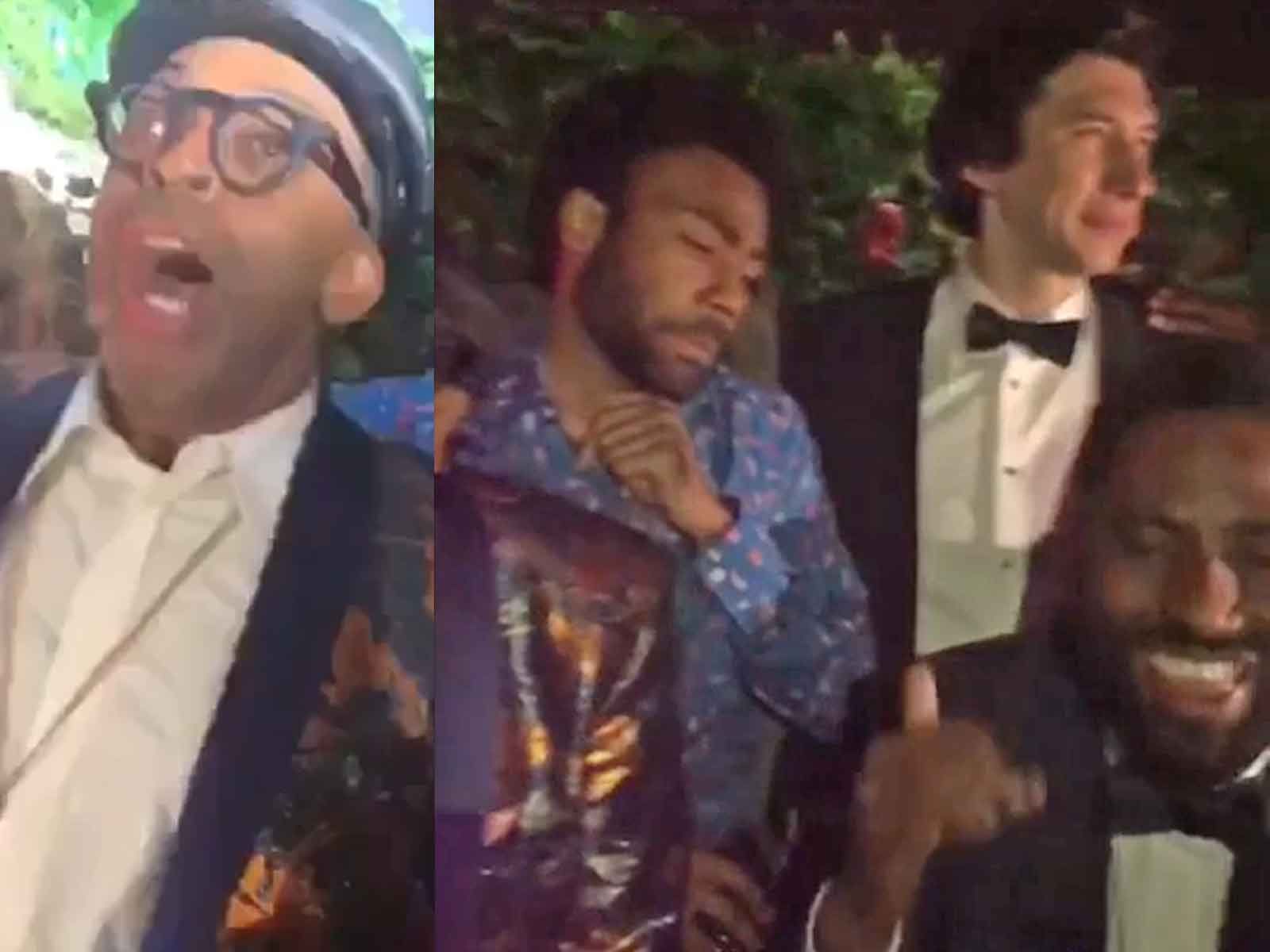 Galactic grudges be damned, nothing brings people together like blockbuster success.

Donald Glover and the rest of the "Solo: A Star Wars Story" cast have landed in Cannes to promote the new flick, and Lando Calrissian spent the night partying with Adam Driver as he basks in the success of his new film with Spike Lee.

Glover, Driver and Lee were seen dancing with John David Washington at an industry mixer. Lee's new film, "BlacKkKlansman," starring Driver and Washington has been hailed as a masterpiece.

Glover and Driver clearly hit it off, but we like to think the "This Is America" singer held a small bit of resentment over Kylo killing Han Solo. Awkward.