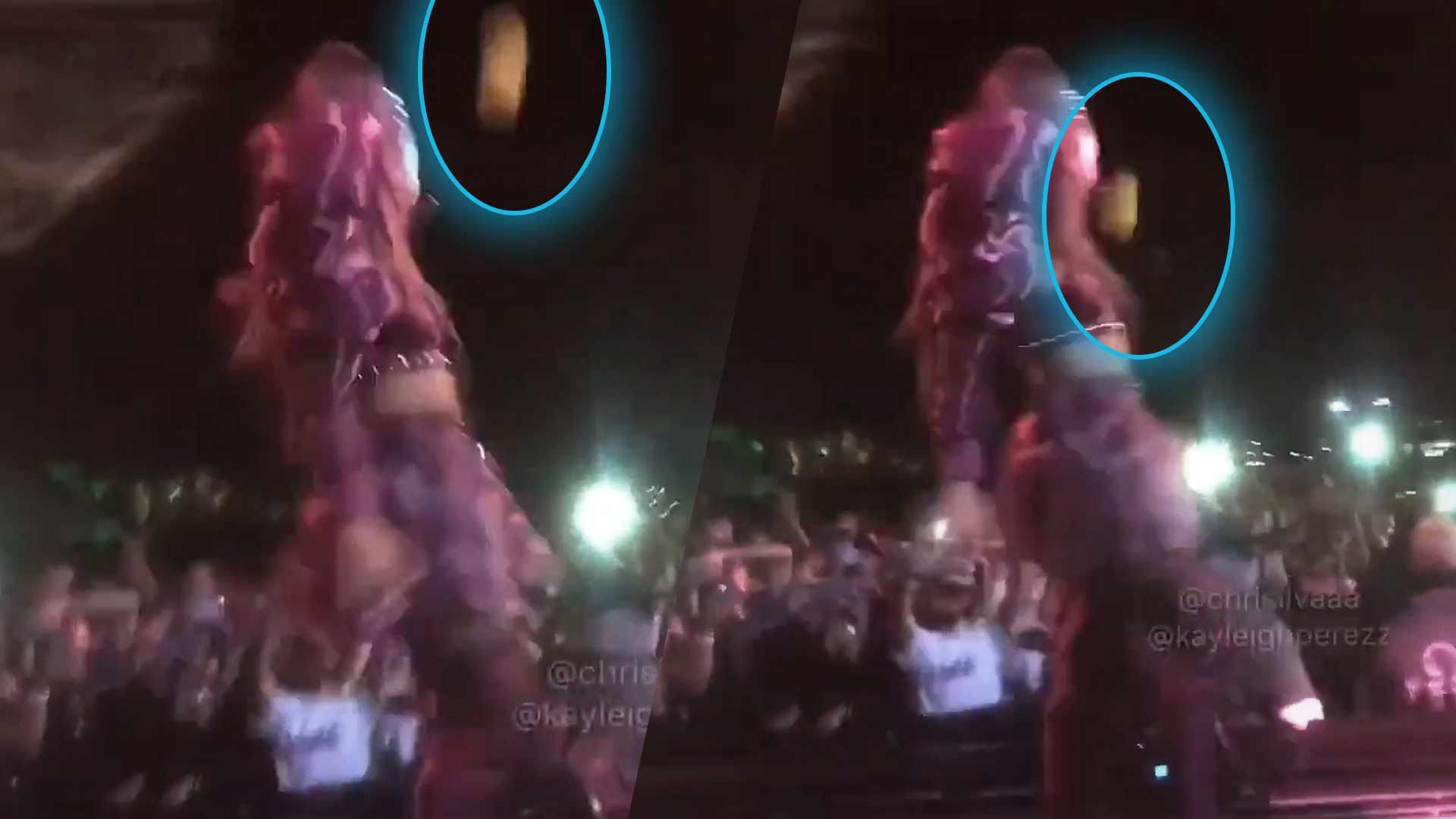 Ariana Grande got hit with a lemon at Coachella and now Arianators and the Beyhive are slinging accusations back and forth.

Video emerged of the "Sweetener" singer getting nailed with the Beyoncé-associated citrus while performing Sunday during Weekend 2 of the music festival. Ariana's fans blamed a Beyhive member for throwing the lemon at Ari, and Beyoncé's army is not having it.

"I’m almost positive no one from the Beyhive threw that lemon at Ariana Grande," one Twitter user wrote. "Ariana caught a lemon at coachella and the #beyhive is obviously getting blamed," wrote another.

In the video, Ariana can be seen living her best life onstage until someone in the crowd throws an entire lemon at her. "Which one of ya'll threw a lemon at me? Sh*t," she said.

The Arianators got pretty nasty on Twitter, calling the Beyhive "immature," "toxic" and saying they "belong in jail."

Tensions have been high between the two fan groups for some time, especially when it comes to the paycheck each headliner earned at Coachella.

Ironically, Beyoncé's "Lemonade" is finally streaming on Spotify and Apple Music, after being exclusive to Tidal for all this time.