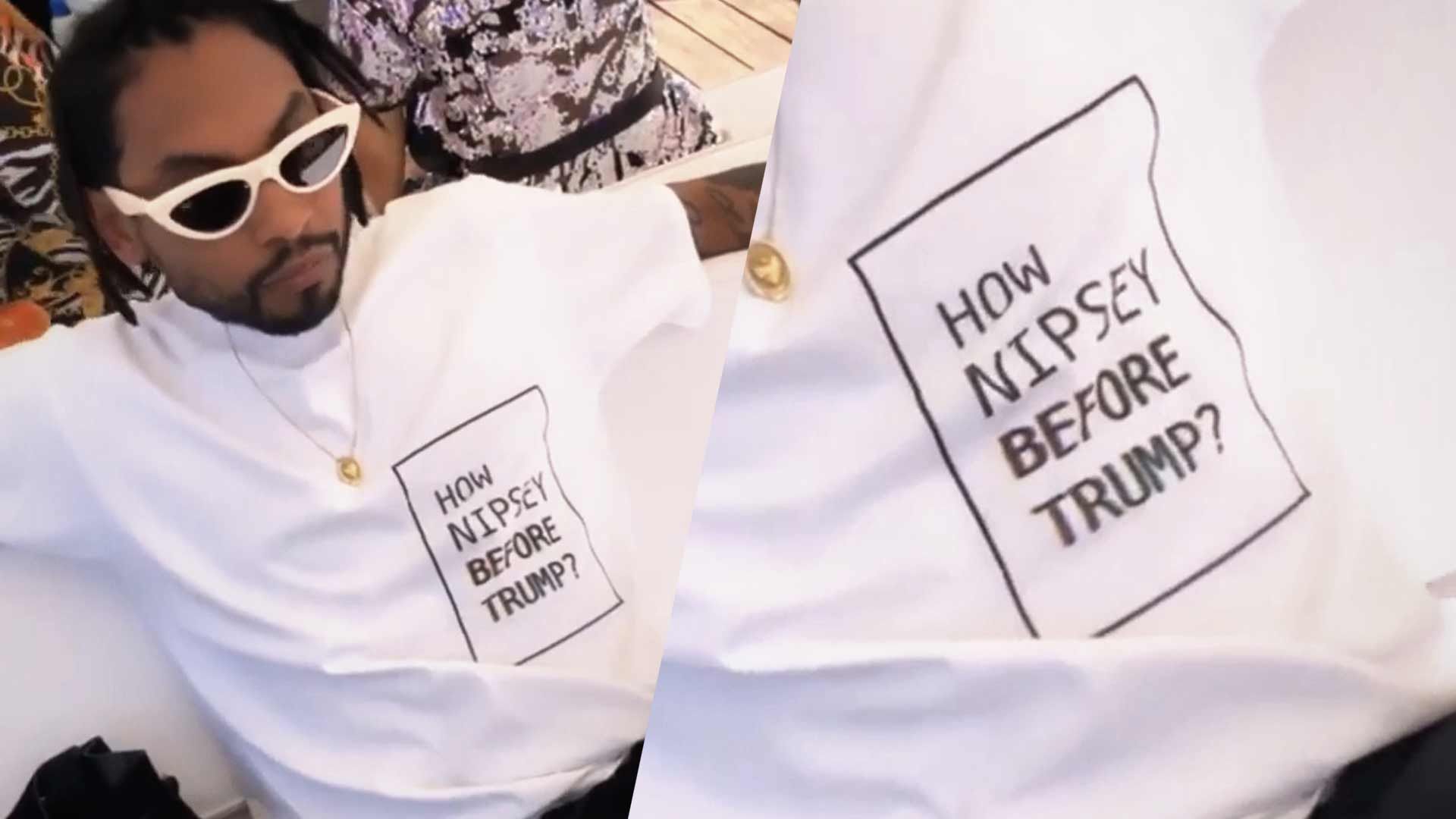 2:25 PM PT -- It appears Miguel has posted the photo of the shirt again, but without a caption.

12:15 PM PT -- Miguel has removed the controversial photo from his Instagram feed, however he still has video up of him wearing it from his IG story. He has not yet commented on the situation.

Miguel may be the one person not promoting peace in the wake of Nipsey Hussle's death, and instead appears to be wishing death upon the President of the United States.

The "Sky Walker" singer posted video of himself hanging out at the Coachella music festival over the weekend and proudly displayed a t-shirt that asked the question, "How Nipsey Before Trump?"

Miguel has been very outspoken of his disdain for Donald Trump, including claiming his 2017 album, "War & Leisure," was inspired by the Prez. The message sparked a heated debate in Miguel's social media comments, with many telling the R&B star, "You shouldn’t wish death on anyone it’ll come back and bite you believe that!"

Nipsey was also very outspoken against Trump, and was even featured on YG's popular song, "F*ck Donald Trump."

Some felt Miguel was exploiting Nipsey's death for a political message, claiming, "I know it's your job to provoke and get people's attention, but standing on nips grave just to take a shot at our president....unreal," while others suggested the entire message was a poor choice, telling Miguel, "Much love & respect for Nip but not wanting the same for Trump even if I dislike him."

Some of Miguel's fans are trying to jump to the singer's defense, claiming, "he’s not say “kill trump” or “he wants trump dead”. It’s simply like... How does someone like Nipsey's life get taken before someone like trump."

Miguel has not yet addressed any of the controversy over his message.