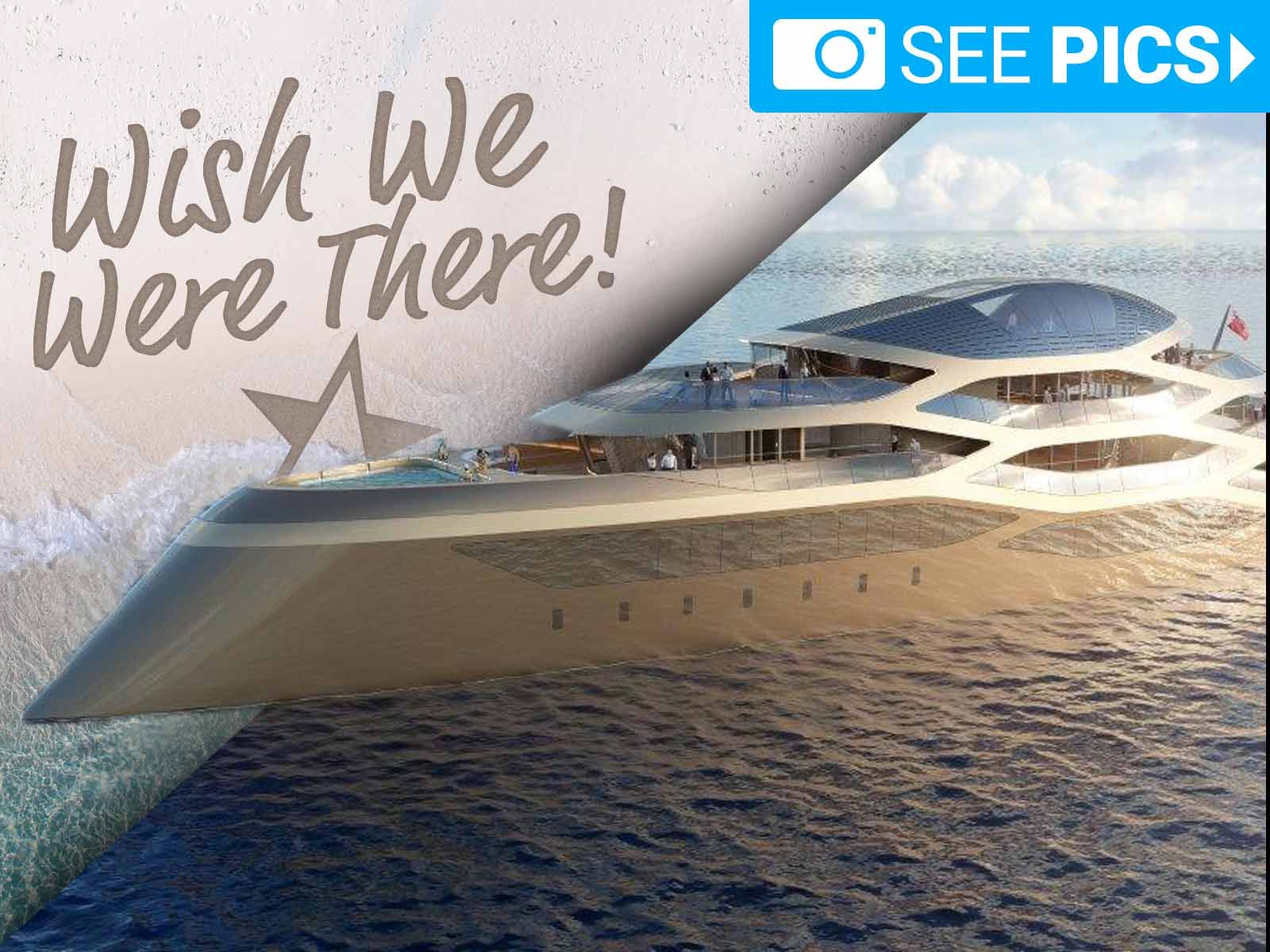 The Yacht to End All Yachts

In the yacht world ... size matters.

The 77 meter long ship, Se77antasette, has everything you need to take to the sea with all your friends ... unless you'd rather live on a giant ship by yourself ... which also sounds pretty great.

Se77antasette is a concept yacht that premiered at the 2017 Monaco Yacht Show and features two swimming pools, a theater and a nightclub complete with a disco ball and DJ station.

Beyond all the party stuff there's plenty of room for guests. The yacht features a 100-square-meter master suite, two VIP cabins and four guest cabins.

Oh ya, there's also a glass-domed observatory and a helipad.

The mega-ship, when it comes to fruition, is expected to sell for $100 million.