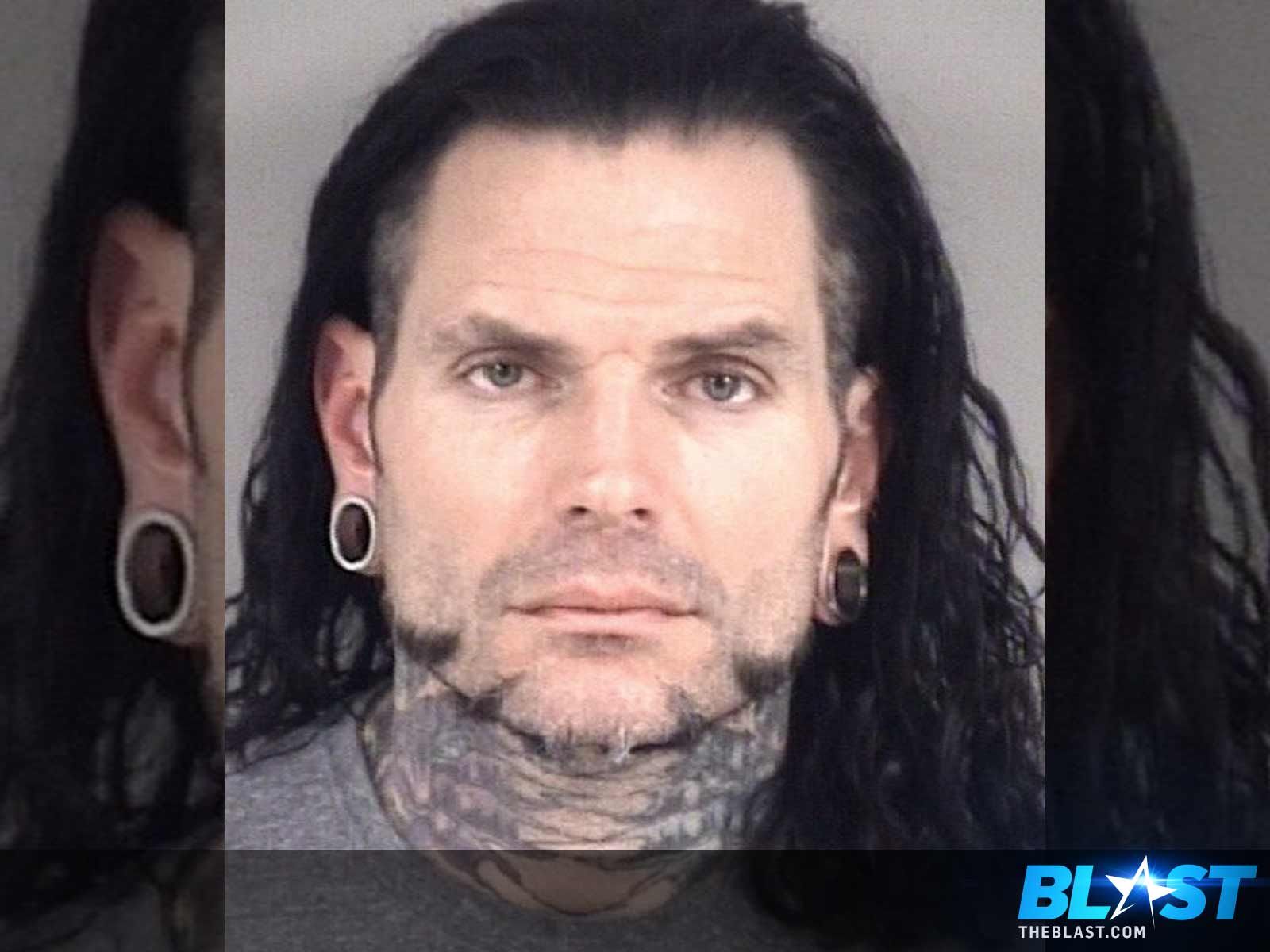 WWE Superstar Jeff Hardy was arrested for driving while impaired after totaling his car in North Carolina.

According to the police report, obtained by The Blast, Hardy was driving in Concord Saturday night around 8 PM when his car ran off the roadway and into a guardrail, which spun the car back out into the road.

After cops showed up and administered a field sobriety test, the wrestler was arrested and charged for DWI.

It's unclear how the arrest will impact his status with the WWE, but a rep for the company told ProWrestlingSheet, "Jeff Hardy is responsible for his own personal actions. We are investigating the matter and awaiting information from local law enforcement officials."

Cops estimate he damaged around $5,000 of state property, he's due back in court in April.

Jeff has been big in the wrestling world for years, and is best known for his tag team duo "The Hardy Boyz" with brother Matt Hardy.