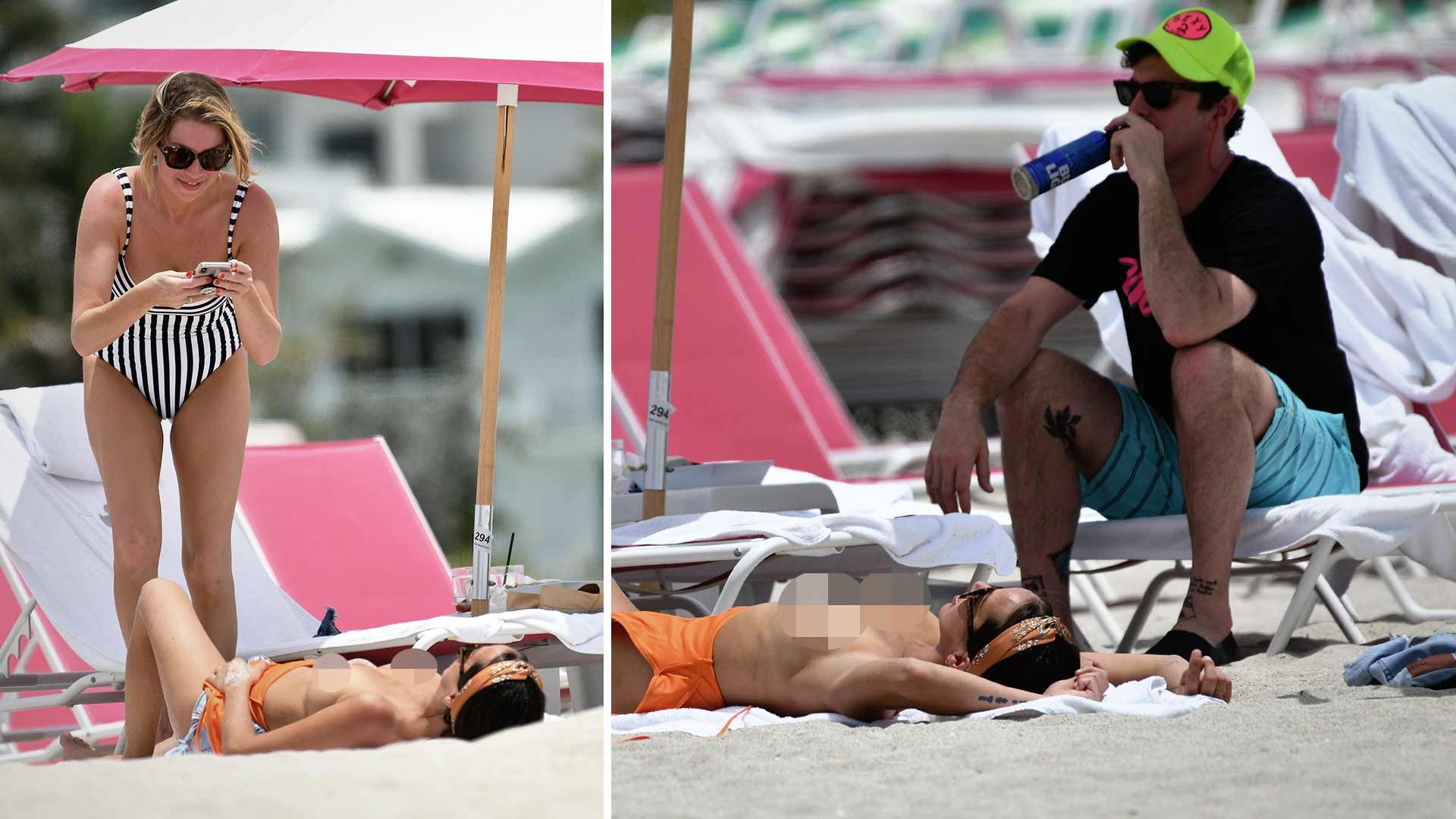 "Crazy Kristen" is up to her old ways during Brittany Cartwright's bachelorette weekend.

The "Vanderpump Rules" star was seen Friday in Miami with the rest of the girls, except Kristen decided to remove her top and put on a show.

While laying back in the sand, Kristen posted for photographs from her friends ... and also provided some entertainment for Stassi Schroeder's boyfriend, Beau, while he enjoyed a cold brew.

Fans of Lisa Vanderpump's reality show are very familiar with the young stars ripping their clothes off, so it's no surprise that the bachelorette weekend is off to a fun start.

Jax and Brittany are set to exchange nuptials on June 29, in Kentucky. Hopefully everyone will keep their clothes on, at least until after the ceremony.