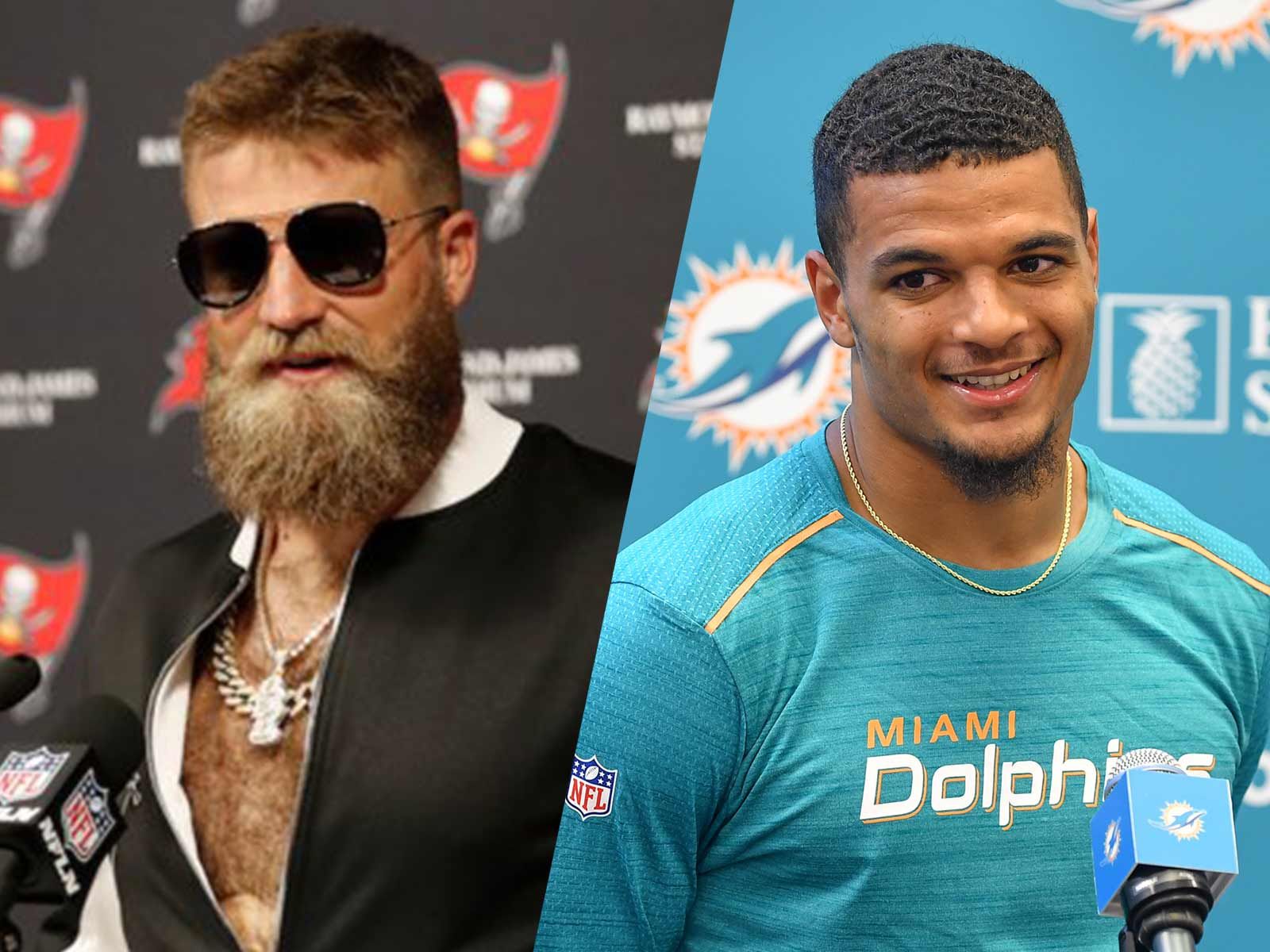 7:20 AM PT: Minkah's mom just reached out to The Blast and said her son is the true owner of FitzMagic, claiming, "That name has been with Mink since high school."

The interstate rivalry between the Tampa Bay Buccaneers and the Miami Dolphins may be elevated to a new level as a war has been waged over the hottest nickname in the NFL.

In case you haven't paid attention the past two weeks, Ryan Fitzpatrick is the hottest thing in Tampa Bay after leading the Bucs to victory over the New Orleans Saints and Philadelphia Eagles. The QB's 2-0 streak is being hailed as "FitzMagic."

Unfortunately for Ryan, Dolphins' star safety Minkah Fitzpatrick thinks his FitzMagic is stronger, and ran to file documents to lock up the name as soon as it was coined.

Minkah, the first round pick for the Dolphins in the 2018 draft, has also experienced a great start, and although he hasn't thrown eight touchdowns and rushed for another in his first two games, he's also helped The Fins secure a 2-0 start.

According to documents, obtained by The Blast, Minkah made a move on "FitzMagic" last week when the name was being used to describe the Tampa Bay QB.

Minkah plans on sprinkling his FitzMagic in the form of a clothing line, including hats and shirts. Ryan still has a chance to challenge the mark and stake his claim as the true wielder of FitzMagic, but he has yet to take action.

Unfortunately, the Buccaneers and Dolphins don't play each other during the regular season schedule this year, but if each team's FitzMagic holds up throughout the season we could be looking at a pretty magical Super Bowl.

One thing's for sure, if Minkah wants to own the FitzMagic, he's gotta get his swagger on point like Ryan's post-game conference from Sunday.