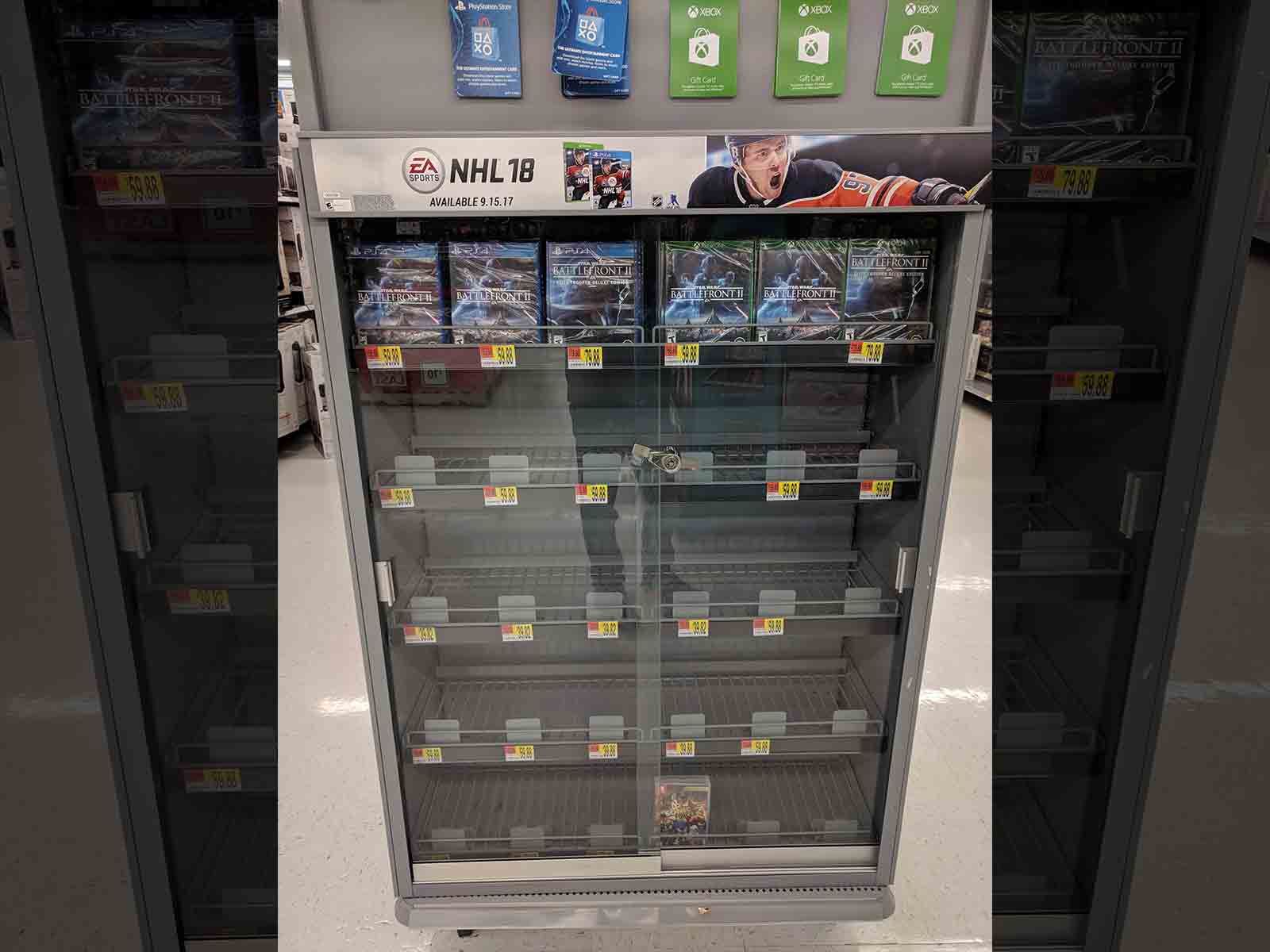 A protest launched by gamers against EA and their newest game, "Star Wars Battlefront II," is still so intense that even on the biggest shopping day of the year most customers are refusing to purchase it.

The Blast spoke with several retail stores around the country Friday morning, including Target, Best Buy, Walmart and GameStop regarding the initial sales of the newest game in the "Star Wars" franchise.

Each of the stores told a similar story; that sales of the game weren't anything special, and they all still had "plenty in stock."

A user on Reddit posted a photo from his local Target, showing a cleaned out gaming cabinet full of "Battlefront II" copies in both PS4 and Xbox.

Other users commented that they saw the same thing in their stores, and all hailed the sight as "beautiful."

The lucrative business model -- known as microtransactions -- was heavily criticized and gave the game a ton of bad PR right before it launched.