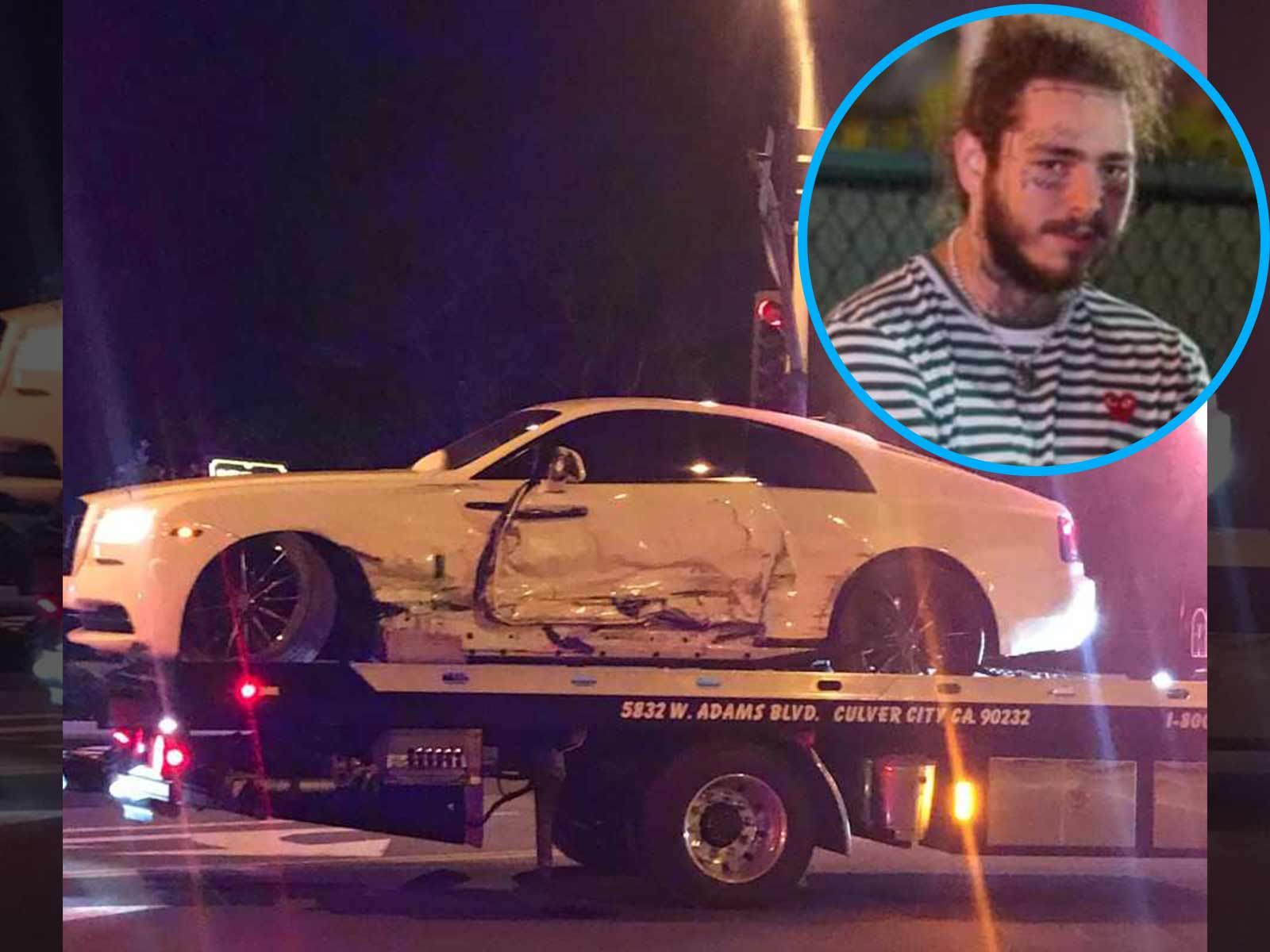 Post Malone has narrowly escaped another crazy motor accident after he smashed up his car, but the rapper appeared to walk away unscathed.

According to L.A. County Sheriffs, the "rockstar" rapper was involved in a crash around 2:40 AM after a Rolls-Royce Wraith and a Kia collided near Santa Monica Blvd.

We're told there were no injuries, everyone involved was extremely cooperative and nobody was ticketed for any infractions. We're also told drugs and alcohol were not involved.

Malone owns the Wraith, but was only a passenger while his assistant drove the car. The hip-hop star could be seen smoking a cigarette and talking to cops after the accident but appeared unharmed.

He later tweeted, "god must hate me lol."

Both cars were towed from the scene and Malone's car could be seen with major damage to the driver's side.

It's the second major transportation-related incident he's been involved in after last month's plane fiasco when his private jet's tires blew out on takeoff and the aircraft was forced to circle the skies before attempting an emergency landing.