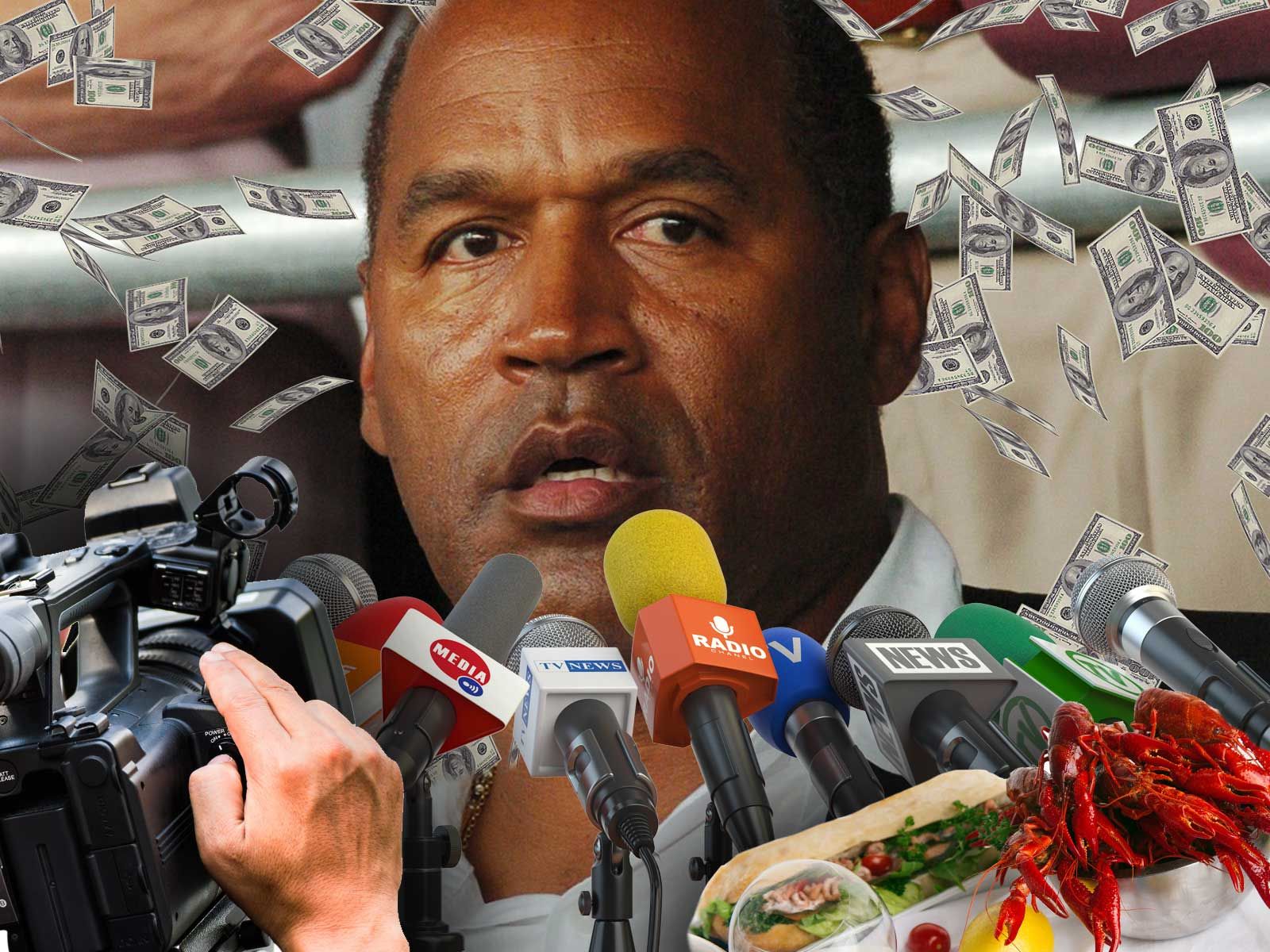 O.J. Simpson's prison release is causing a real struggle for media companies that want the Juice on their TV show; they all want the first interview but nobody wants to actually pay or take care of him.

Several high level TV executives tell The Blast shows like "Today" and "Good Morning America" and other cable channels are scrambling to lock Simpson down for his first post prison talk, but are extremely worried about the public backlash if it appears they compensated or catered to him in any way.

For those that don't know, when a guest sits down to talk with Matt Lauer or Robin Roberts on the air, they are usually given the flight to NYC or LA, put up in a luxury hotel, and have all food accommodations comped.

We're told network honchos are worried viewers and advertisers will pull out immediately in response to anyone catering to the killer and convicted robber.

Of course, anyone in the news business would interview OJ but the situation is making it hard for anyone to pull the trigger.

It's such a sensitive situation, that we're told even sending a car service to pick Simpson up could cause an issue.

However, we're told networks expect companies outside the U.S. to make a legitimate effort at landing Simpson. The feeling is that an international company won't face as much backlash for compensating the former NFL star.

BTW, any money O.J. makes through interviews is still up for grabs by the family of Ron Goldman, who was awarded $8.5 million when they won a judgment against him in 1997.