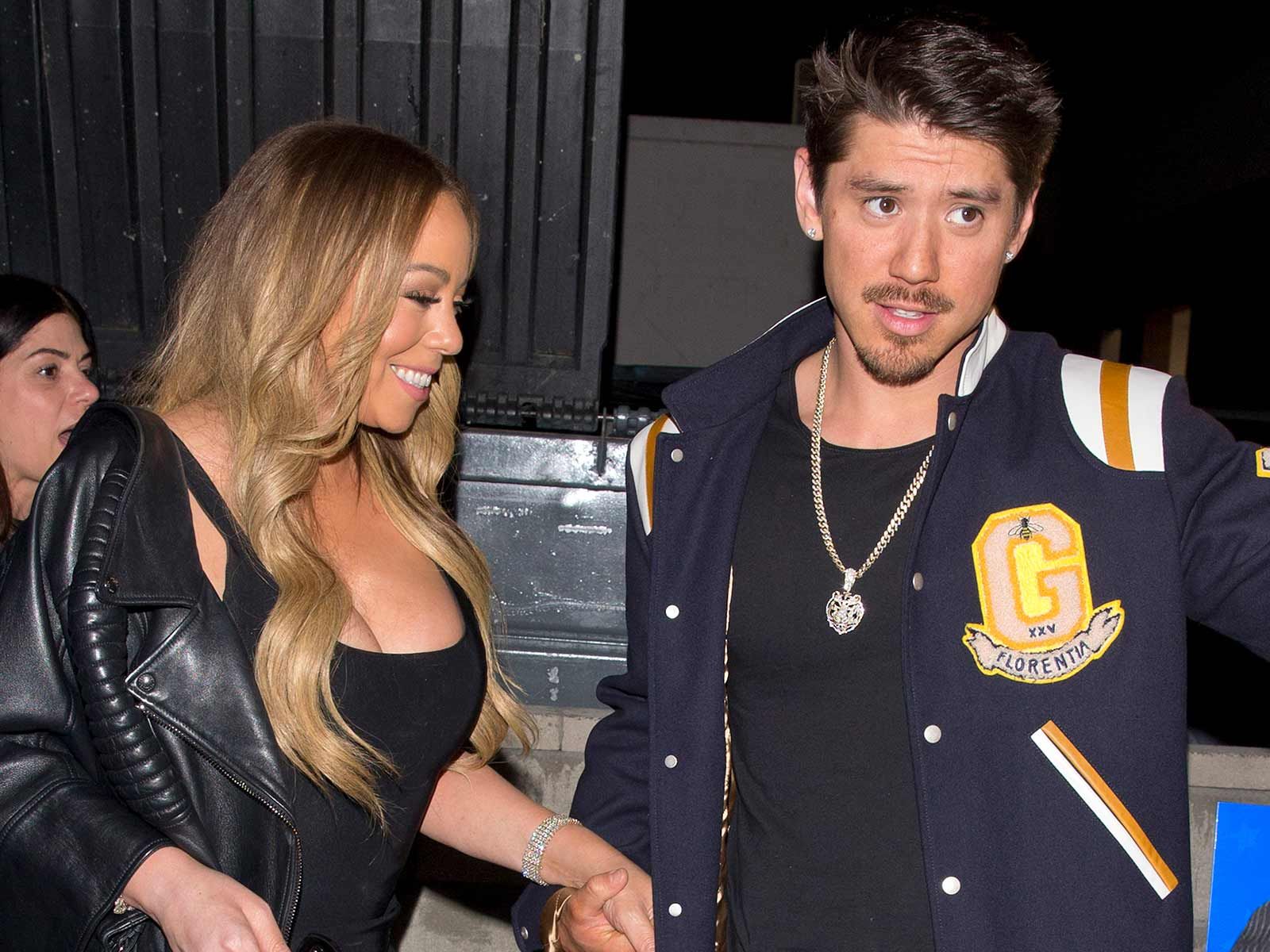 You couldn't pay Mariah Carey to wipe that smile off her face!

The singer and her boyfriend, Bryan Tanaka, were out on Wednesday night celebrating his 35th birthday at Mastro's in Beverly Hills. Earlier in the day, Carey revealed to PEOPLE that she suffers from bipolar disorder.

Dressed in a tight black dress, leather jacket and booties, Mariah looked happy as she walked through the crowd holding hands with Tanaka, who was also holding a giant birthday gift.

In her interview, Mariah disclosed she was diagnosed in 2001 and initially didn't want to accept it. She's now taken steps and medication to treat her bipolar II disorder.

“Until recently I lived in denial and isolation and in constant fear someone would expose me,” she told magazine during an exclusive interview. “It was too heavy a burden to carry and I simply couldn’t do that anymore. I sought and received treatment, I put positive people around me and I got back to doing what I love — writing songs and making music.”