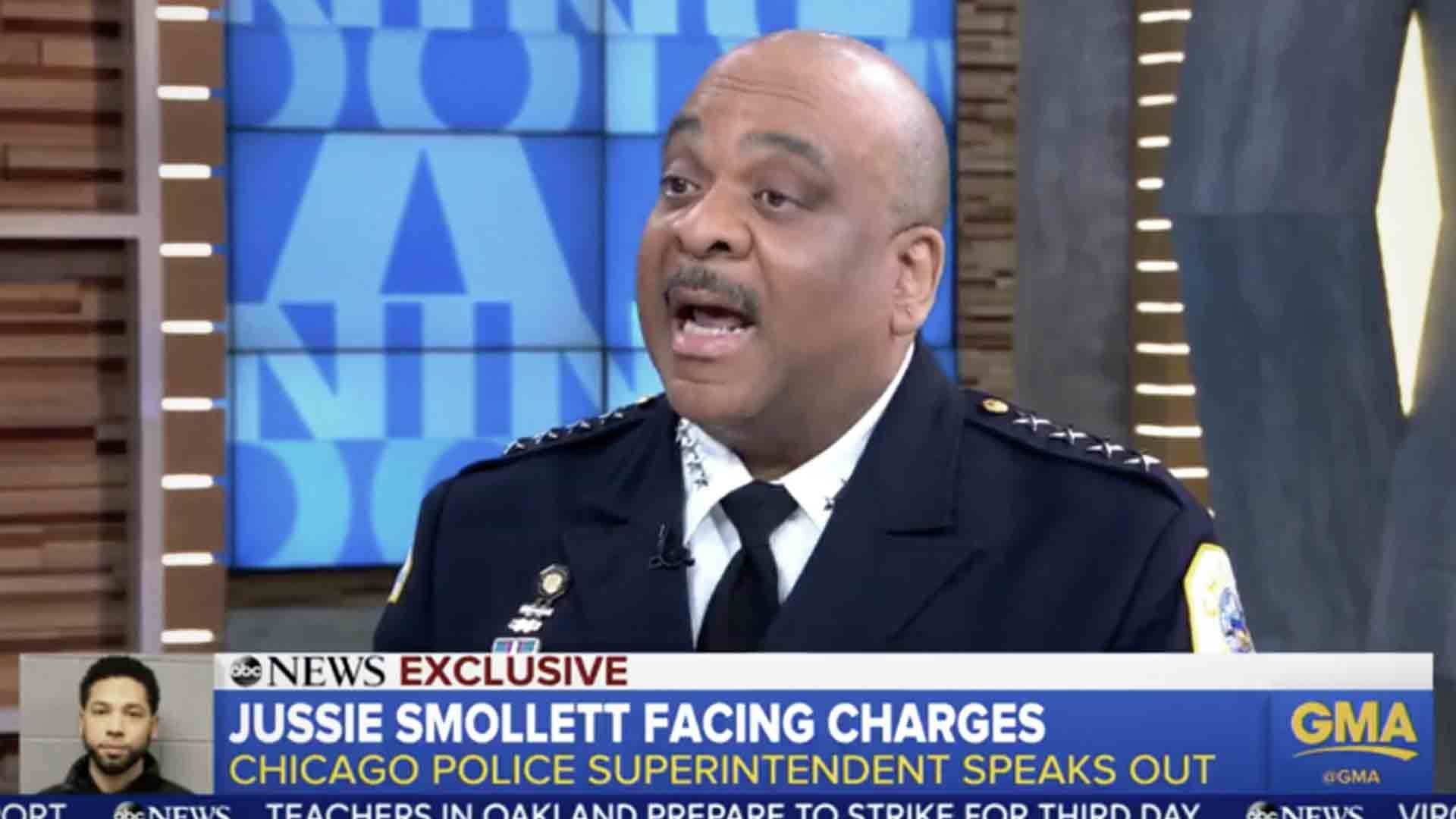 There is more evidence against Jussie Smollett that has not been revealed by Chicago police thus far, this according to Chicago Police Superintendent Eddie Johnson.

During the interview, Johnson stressed that Smollett "still has the presumption of innocence" and will get a chance to argue his case, if it ever ends up in court. But Johnson, who laid out the case against Smollett in his fiery press conference last week, said police have even more evidence against him to present.

"There’s a lot more evidence that hasn’t been presented yet," Johnson told Roberts, "that does not support the version that he gave."

Jussie Smollett is currently out after posting $100,000 bail.