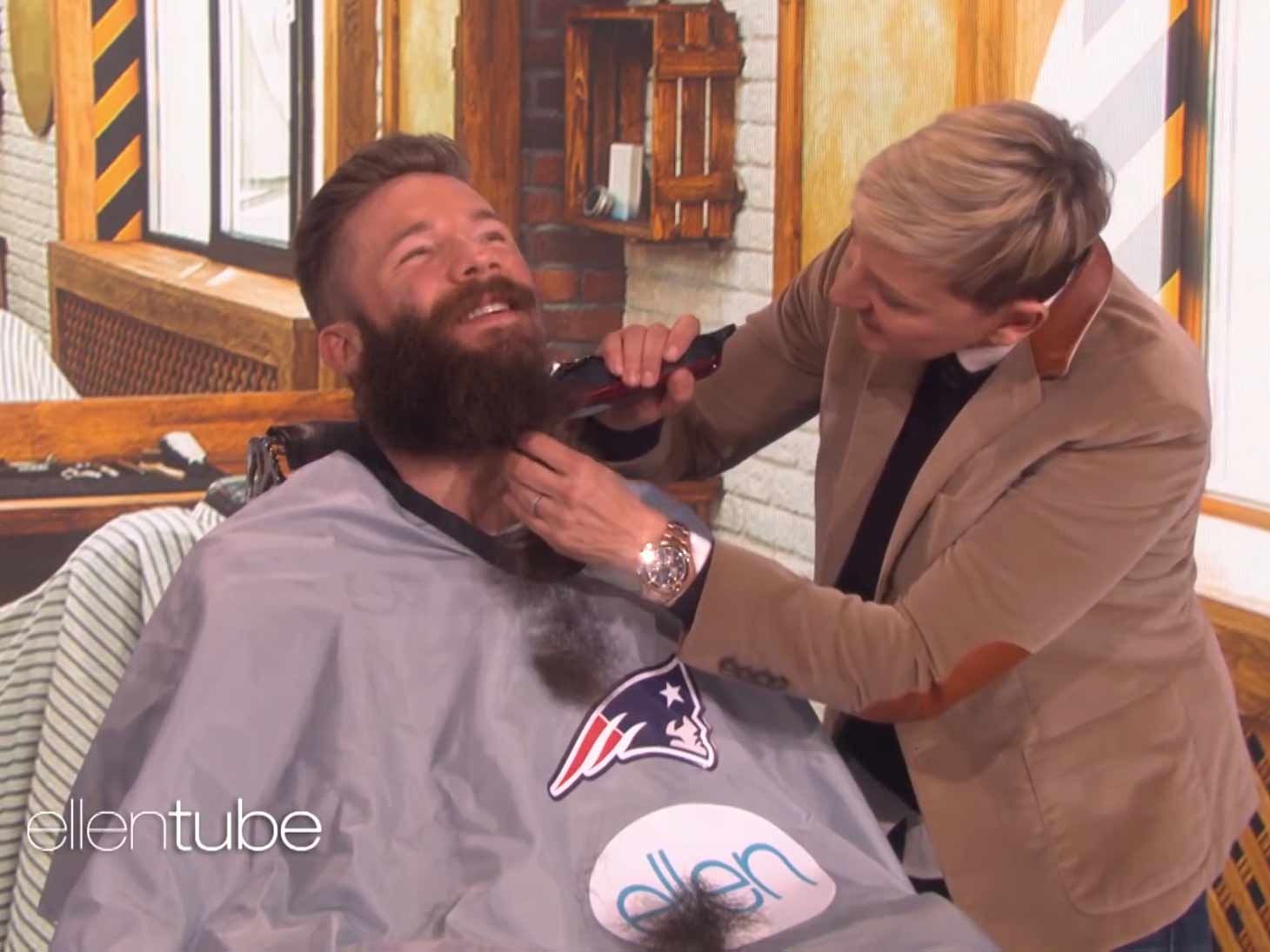 Super Bowl MVP Julian Edelman stopped by "The Ellen DeGeneres Show" for a quick shave after winning the big game.

Edelman sat down with Ellen on Friday's show to talk about beating the Los Angeles Rams and becoming the MVP of the game, when his playoff beard was brought up.

The New England Patriots star allowed Ellen to grab some clippers and go to town on his face fuzz after sitting him down in a legit barber's chair. The crowd went wild as Ellen shaved Edelman down, revealing his chiseled face and joking that she was going to auction off his beard hair. 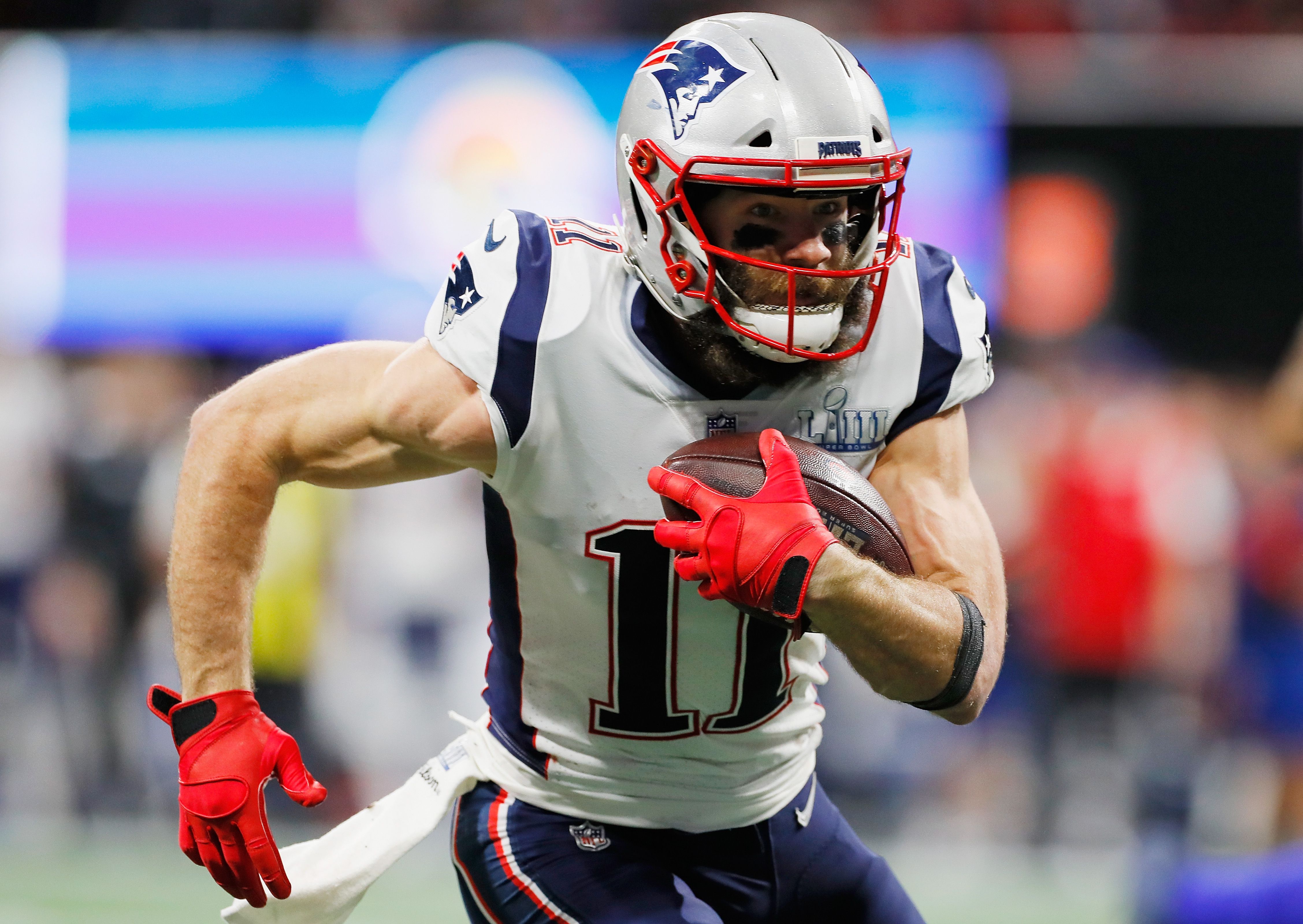 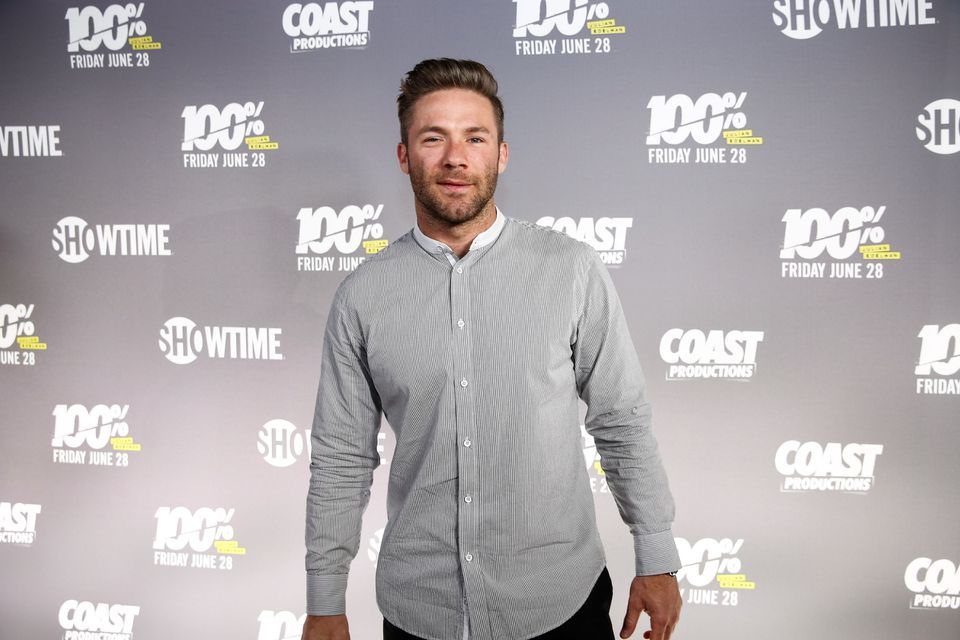 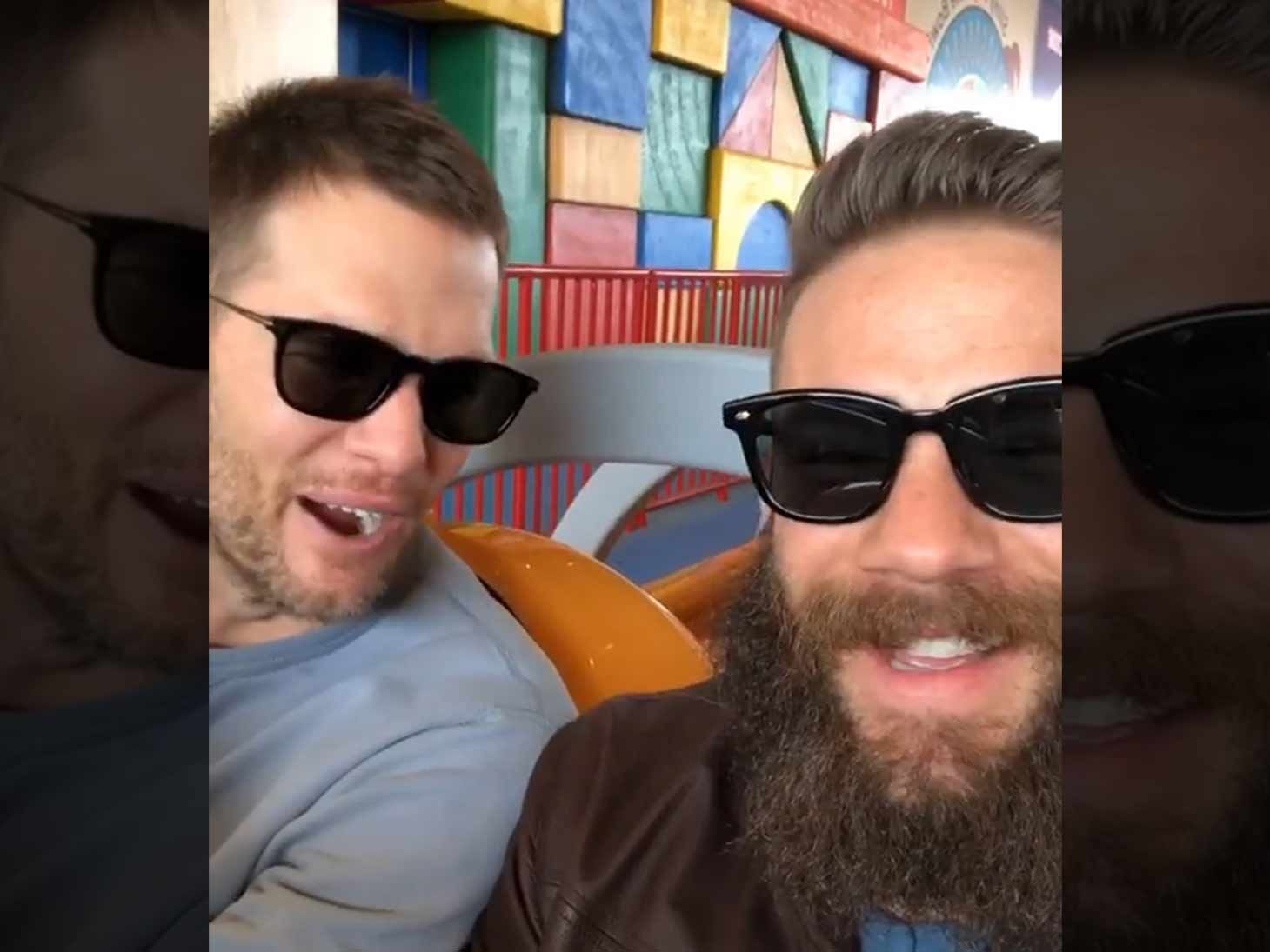