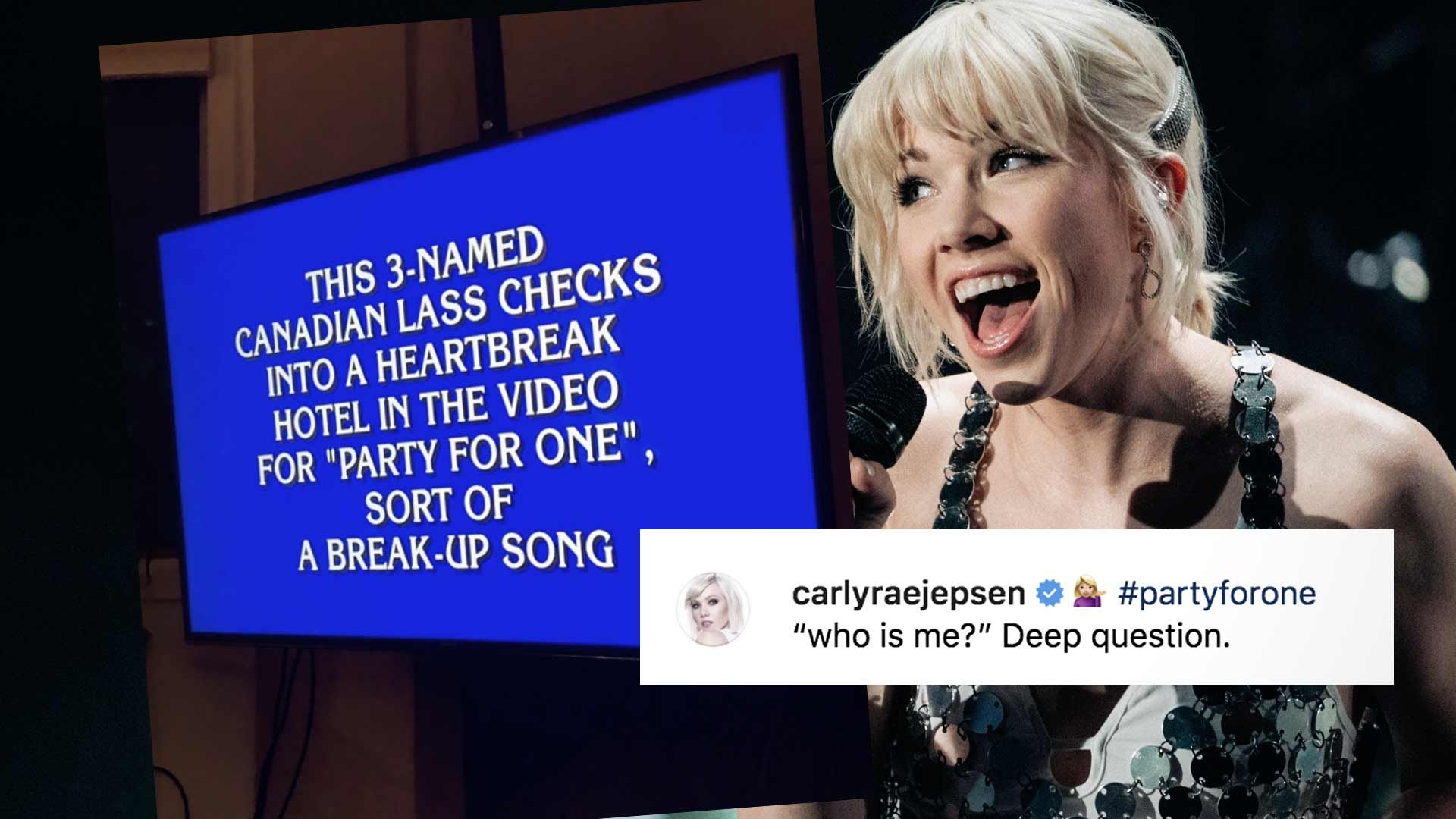 This Canadian Musician Freaked Out After Realizing She Was a Clue on 'Jeopardy!'

Who is Carly Rae Jepsen!?

The Canadian singer/songwriter had the best response after realizing she was the $2,000 question on Tuesday night's episode of "Jeopardy!"

"Who is me?" Jepsen wrote on Instagram in response to the clue, "This 3-named Canadian lass checks into a heartbreak hotel in the video for "Party For One," sort of a break-up song."

Not only did the 33-year old singer get the right answer, for the category of Solitary Singers, but James Holzhauer also nailed the answer and raised his in-game cash to over $29,000. Alex Trebek may be a big Jepsen fan, because it's the 8th time she's been a clue on the trivia TV show.

Holzhauer, who has clinched 29 victories and amassed $2,254,938, is an ace at pop culture and also correctly answered the Final Jeopardy clue having to do about a famous cartoon character who lives in a pineapple under the sea.

The clue was, "This cartoon character was based on a character in the educational comic The Intertidal Zone," and Holzhauer correctly answered, Spongebob Squarepants.

With his latest win, Holzhauer is closing in on "Jeopardy" legend Ken Jennings' record of $2,520,700.