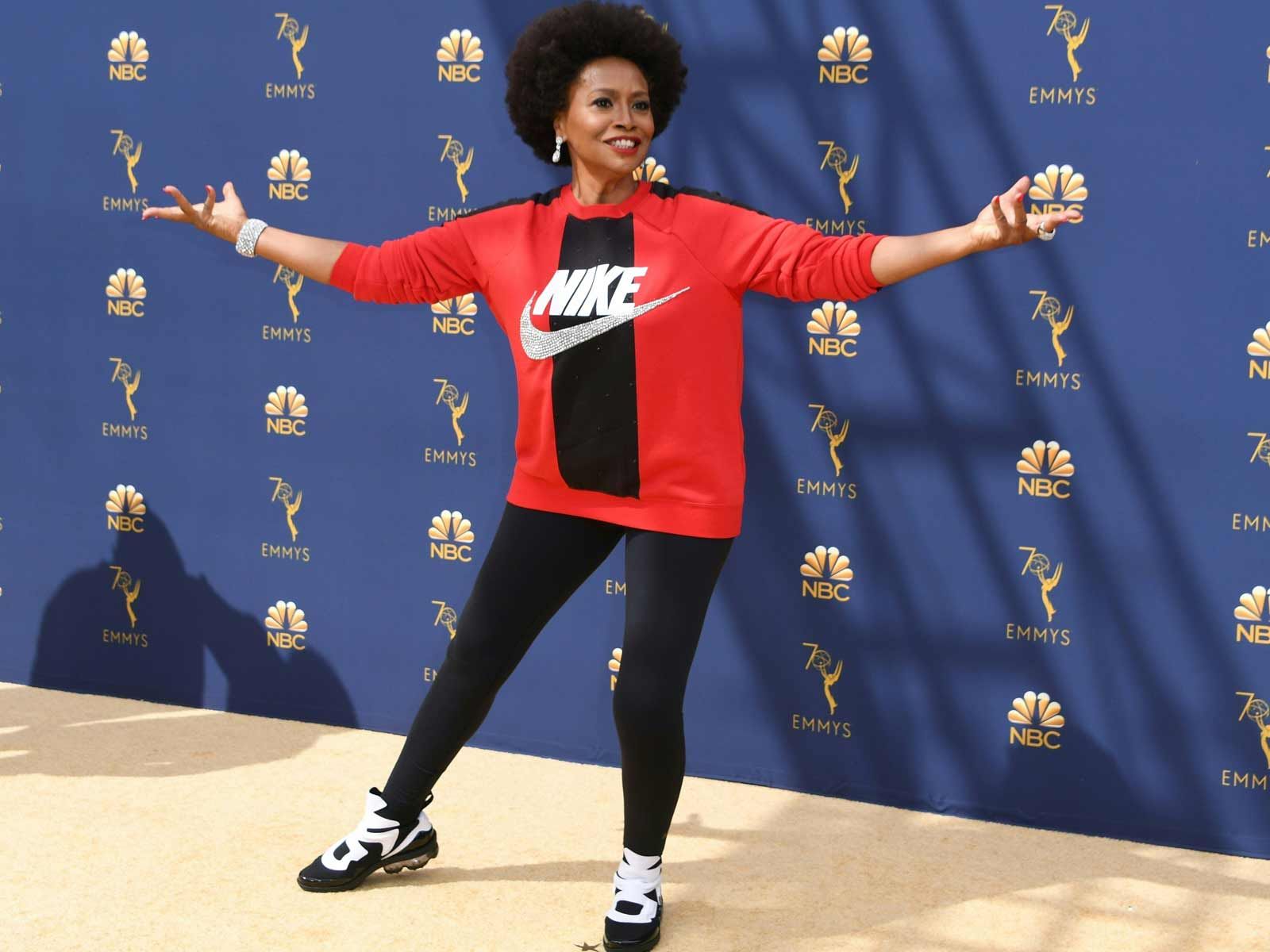 "Black-ish" star Jennifer Lewis made a statement on the Emmys red carpet: she's with Kap.

Lewis — who plays the mother of Anthony Anderson's character on the hit ABC show — showed up for the big night sporting a red and black sweatshirt with the Nike logo in big white letters across the front.

The Nike gear is a clear thumbs up to Colin Kaepernick, who was recently revealed to be the face of a new ad campaign for the sneaker giant.

Since the release of the commercial, many celebrities have voiced their support for Kap while many on the right have denounced Nike for featuring the controversial athlete.

Earlier this month, Tomi Lahren told The Blast the whole thing was a "slap in the face to all patriotic Americans."