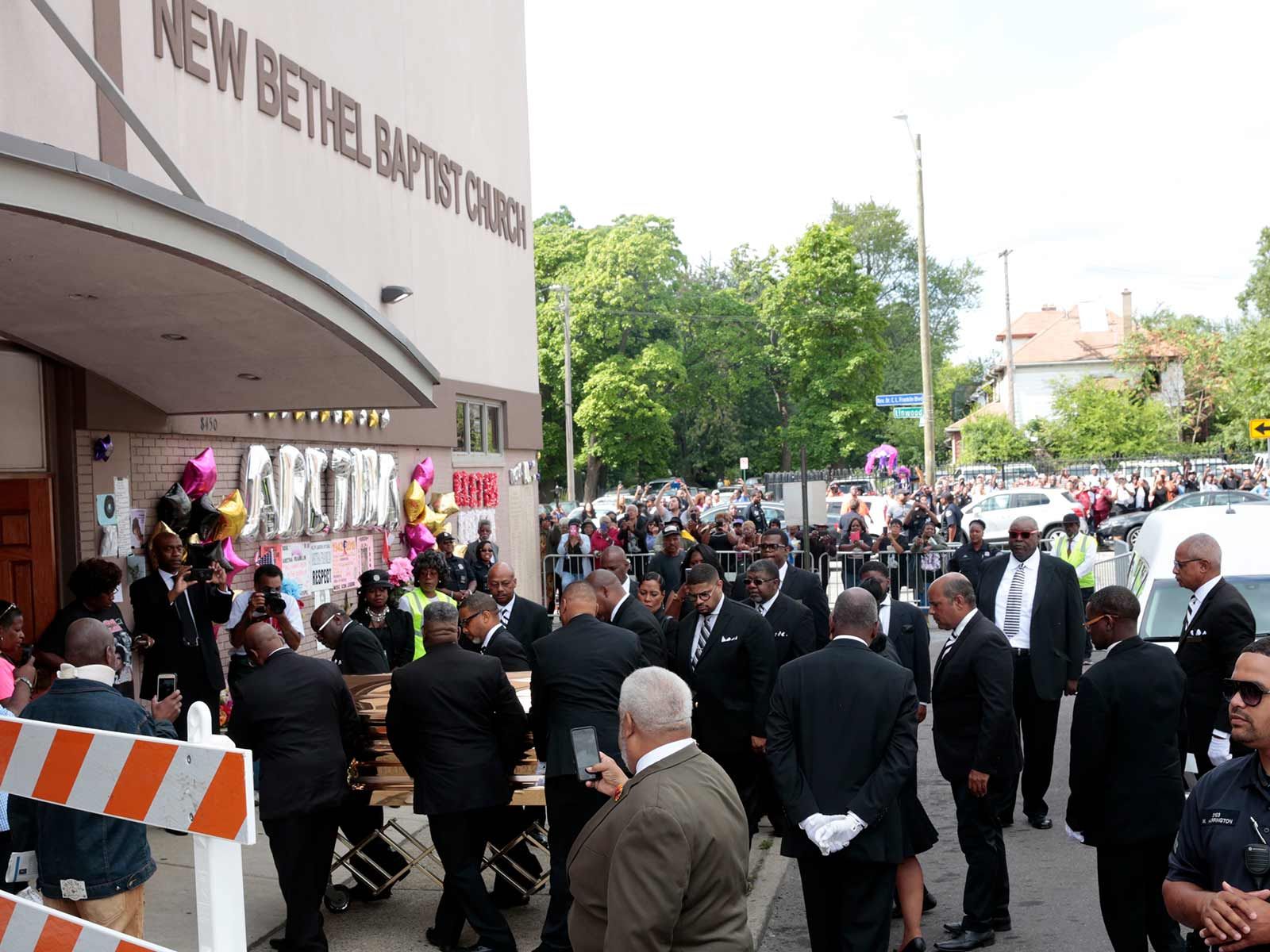 The body of Aretha Franklin arrived at New Bethel Baptist Church on Thursday for her final public viewing.

The 24-karat gold casket was seen being carried into the Detroit church one day before the Queen of Soul's funeral. Fans lined up outside for their last chance to pay respect to the singer, who died two weeks ago.

Today's viewing is the third and final one.

The first viewing took place on Tuesday at the Charles H. Wright Museum. Aretha was dressed to the nines wearing a beautiful red gown with matching heels. The day after, she was changed into a powdered blue gown with silver heels.

Aretha's body will be moved to the Greater Grace Temple, via the custom 1940 LaSalle, for Friday's funeral where she will be honored by dozens of celebrities.

Aretha died on August 16 in her home from pancreatic cancer.