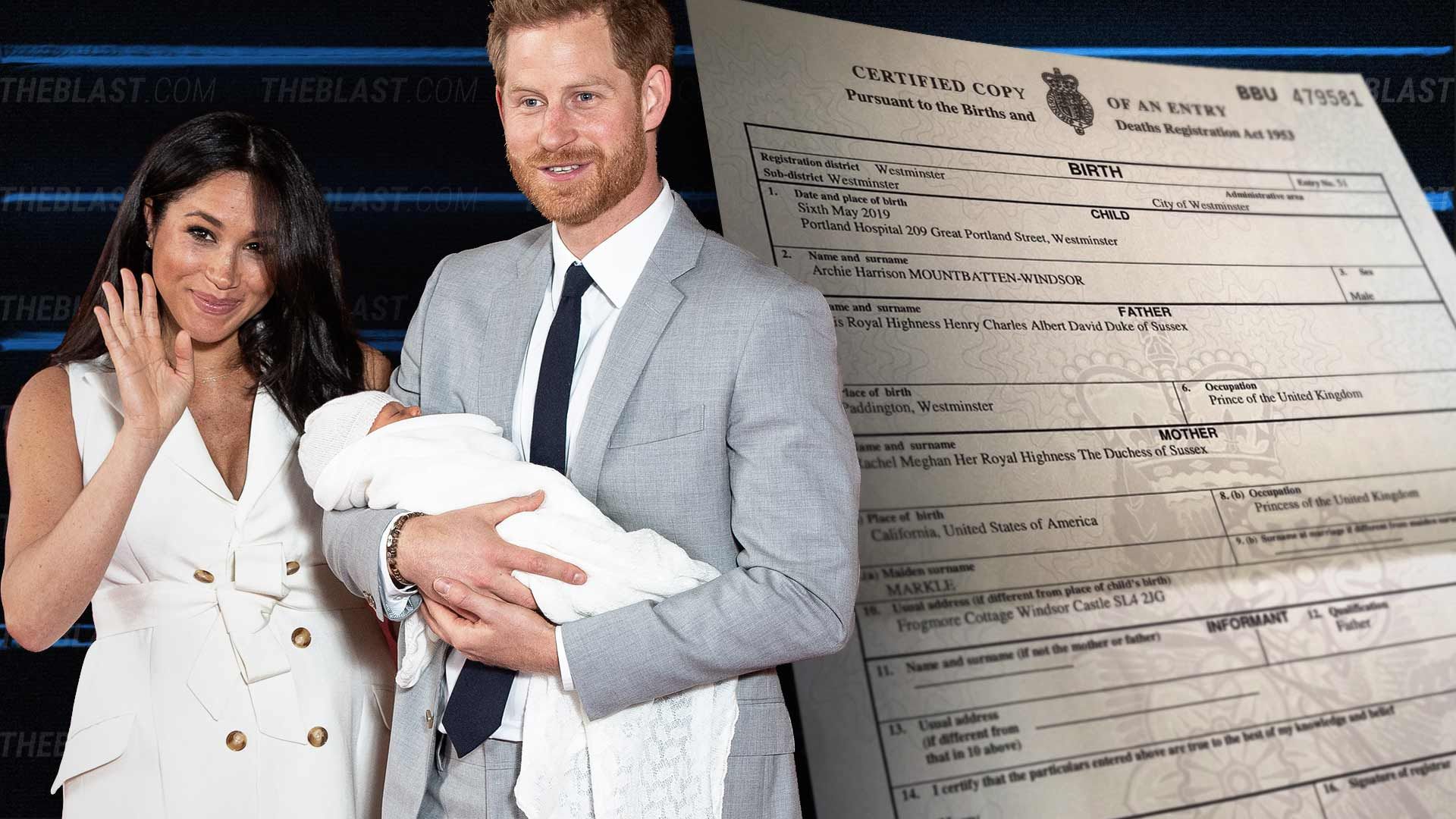 Meghan Markle and Prince Harry's royal baby is less than two weeks old, and now his birth certificate has finally been revealed.

The Duchess and Duke of Sussex welcomed their son, Archie Harrison Mountbatten-Windsor, on May 6.

According to the birth certificate, Markle, whose occupation is listed as "Princess of the United Kingdom," gave birth at Portland Hospital in London.

The document also lists the former actress as "Rachel Meghan Her Royal Highness The Duchess of Sussex."

As The Blast reported, Archie weighed 7lbs 3oz and made his debut to the public just two days later.

This is the first child for the couple, who will be celebrating their one-year wedding anniversary this weekend.

Baby Archie is now 7th in line for the throne, just behind his daddy.