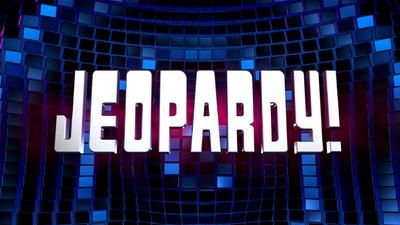 Cancer Research is No Game of 'Jeopardy'

Back in March, TV legend, and Jeopardy host, Alex Trebek announced that he was battling pancreatic cancer. Though the diagnosis was incredibly serious, the 79-year-old told contestants and viewers that he was optimistic about the diagnosis. He finished his first round of treatment this past August. But the story for Trebek is not over yet. In October he offered viewers an update on his prognosis, saying he would need more treatment, including another round of chemotherapy, to fight the disease. Fans continue to keep Trebek in their thoughts and send messages to both the host and the show.

This week, however, the contestants themselves got involved in surrounding Trebek with positive thoughts and messages. Jeopardy has been airing its annual "Tournament of Champions" this past week. Former champion and contestant, Dhruv Gaur did not know the answer when he faced the final Jeopardy round of his tournament and, instead of writing an answer, wrote "We Love you, Alex" on his podium instead. The message was well-received by the audience, and even better received by Trebek himself, who got slightly choked up on stage, and thanked Gaur for his words. Gaur admitted that his episode was filmed almost directly after Trebek had announced to the public that he would be receiving more treatment to fight his diagnosis.

Appearing on the "Ellen Degeneres Show," Gaur said that Trebek actually came back to talk to all the "Tournament of Champions" contestants and it was clear that the announcement, the diagnosis, all of it was really hard for the host. In realizing he had no chance of winning his round Gaur didn't think twice about using the moment to show support for the Jeopardy host instead. A "We Love You Alex" hashtag began to trend on Twitter following Gaur's appearance on the game show.

Gaur's support of the game show host did not end with his elimination from this year's tournament. Dhruv recently announced that he and other eliminated contestants would be running a "play along" during the Tournament of Champions on Thursday and Friday night. They want to use the tournament and the attention to help raise money for pancreatic cancer research. For every answer the eliminated players get right tonight and tomorrow they will donate $1 to the Lustgarten Foundation for Pancreatic Cancer Research. Viewers, fans, and supporters can all keep track of the goings on by following Gaur and others on Twitter.