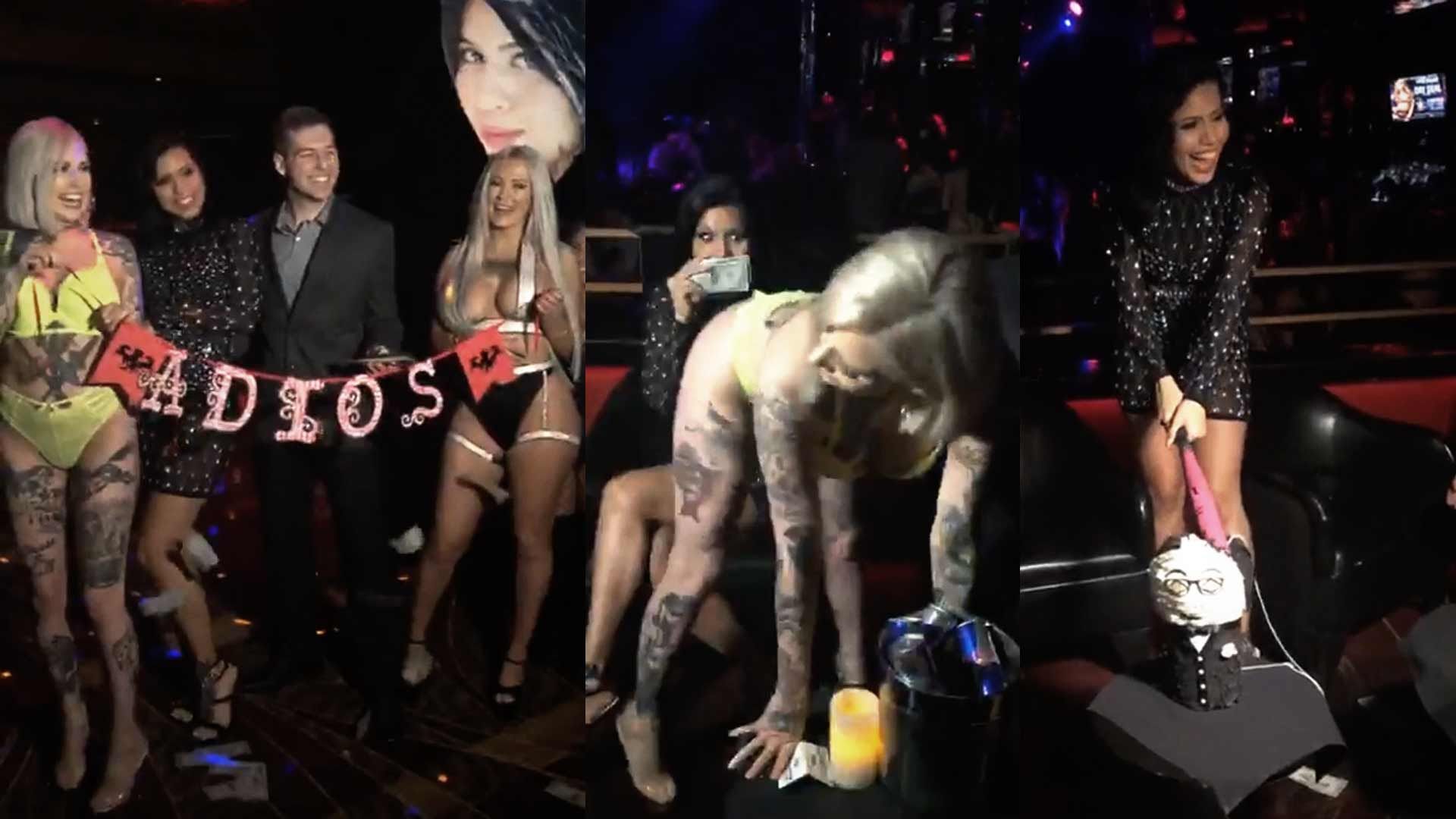 "90 Day Fiancé" star Larissa Dos Santos Lima's divorce party was lit with strippers, cash and a piñata in the form of her ex, Colt Johnson.

Just one day after Colt's divorce party at Crazy Horse III in Las Vegas, it was his ex's turn ... and she did not disappoint!

Larissa arrived to the club with her new boyfriend, Eric, and best friend Carmen. The Blast is told upon arrival she was greeted by three entertainers who presented her with an iPhone 7 as a gift from the club to replace the burner one she's been using ever since Colt turned off her service.

Inside Crazy Horse III Larissa unleashed her inner Goddess, jumping onstage with the strippers to work the pole herself. At one point in the night, the girls brought out a piñata that looked identical to Colt and Larissa got all her anger out with a bat. Our sources say the piñata was filled with CH3 money and she used the bills to make it rain on the entertainers.

We're also told during the party, Larissa disappeared into a private VIP room with her boyfriend where she was seen dancing on a small stage for him.

Besides the iPhone, Larissa was given an awesome cake that had her face on it and stuffed with funny money, strip club cash on the inside.

As The Blast reported, Larissa and Colt's divorce has gotten ugly with him asking a judge to issue a gag order on his ex, accusing her of trashing his name in the press.

Colt filed for divorce from Larissa in January -- the day after their bloody fight, which ended with Larissa being arrested for domestic battery in the first degree.