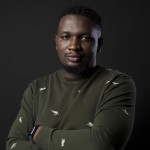 Afouda Bamidele who hails from the Western part of Nigeria, lives in the most populous city in Africa, Lagos. As his family is fond of calling him, Gaston is a freelance writer with The Blast who has a flair for writing juicy pop culture, entertainment, and celebrity lifestyle articles. With a grounded background in research, Bamidele has an eye for recent and captivating topics that touch on the lives of some of the most adored Hollywood stars, such as Ciara, Kim Kardashian, Wendy Williams, and his all-time idol Cristiano Ronaldo. When Gaston isn't writing or reading up on celebrities, he enjoys engaging in photography and watching Manchester United Football Club play - he has been a religious supporter since 2004.