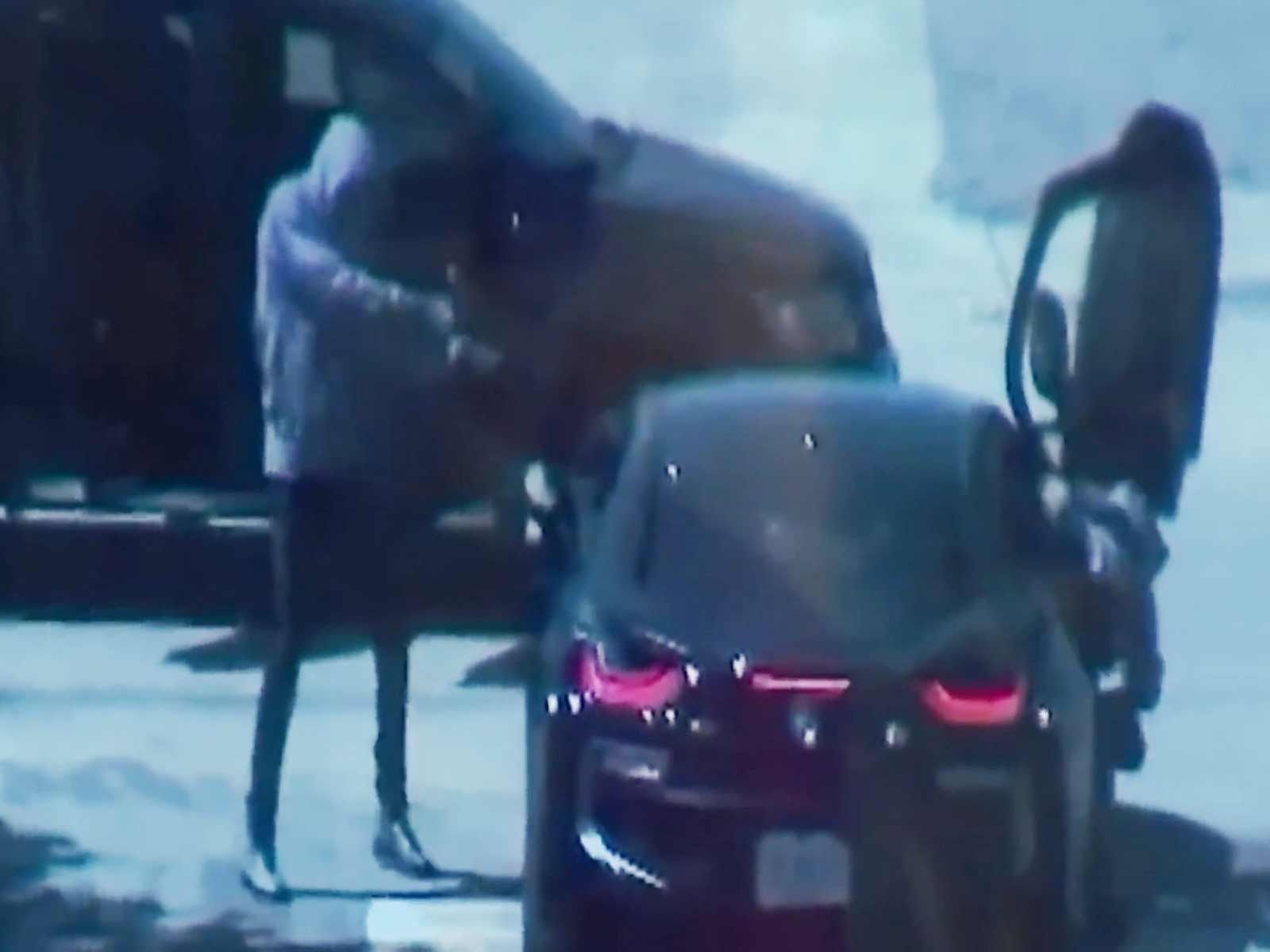 The murder of XXXTentacion was quick and ruthless, and new video finally reveals just what happened as the hip-hop star's life came to a tragic end.

The surveillance video from RIVA Sports shows was shown in court during a hearing for Robert Allen, one of the suspects charged with murdering the rapper.

In the video, first aired by local station WPLG, XXXTentacion can be seen inside the motorcycle shop before the attempted robbery while two of the suspects walk within feet of him.

The video shows two assailants approach the rapper's car with guns drawn before a confrontation occurred and the armed men struggled with the star. Officials say suspect Trevor Newsome shot at point blank range while suspect Michael Boatwright went on the passenger side of the BMW and grabbed a Louis Vuitton bag full of cash.

According to a recent filing by Boatwright, he has not yet seen the surveillance video shown in court and is demanding to see all video and photographic evidence.