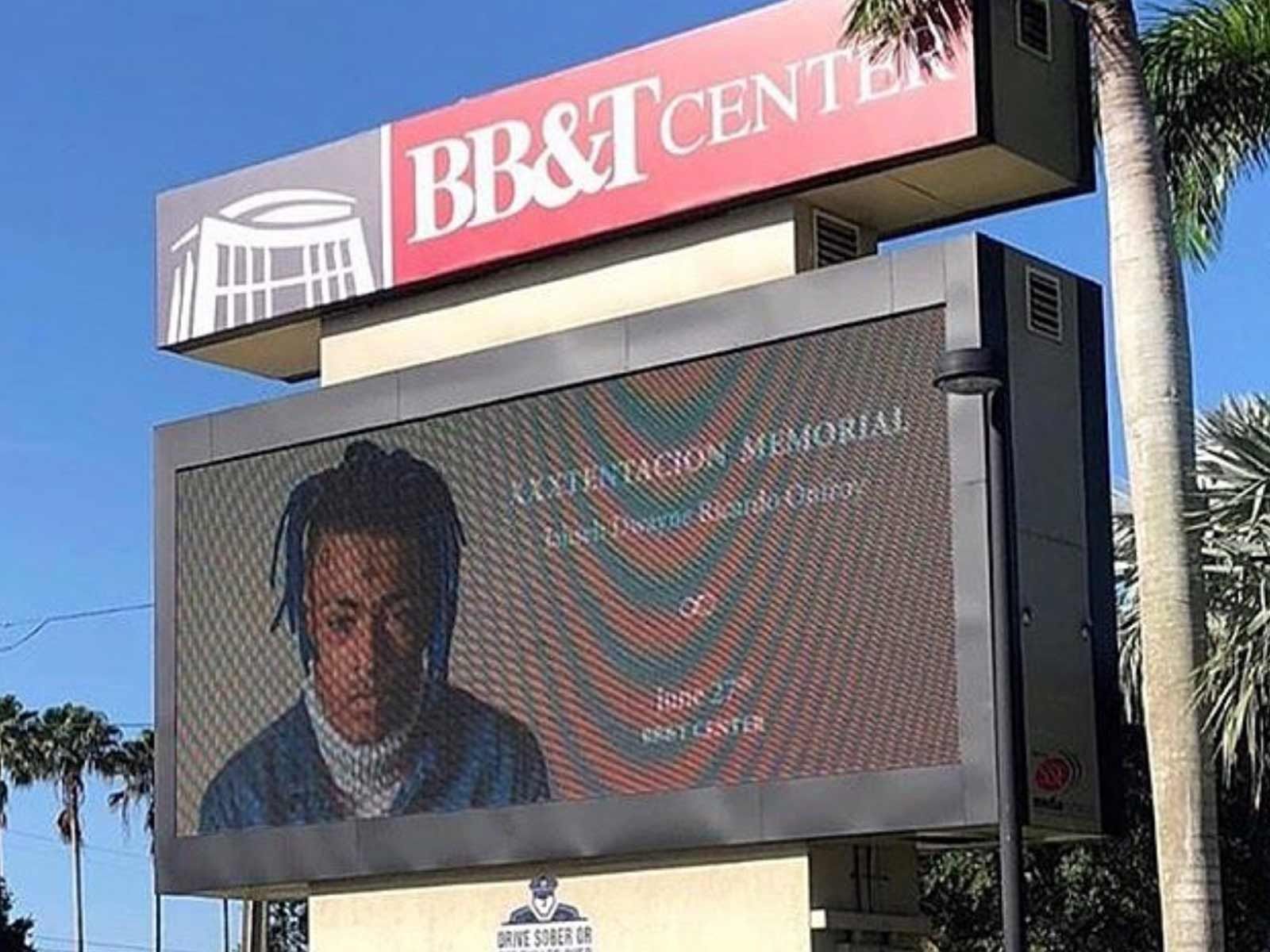 10:00 AM PT: Hundreds of people are now lined up outside the arena to pay their respects to XXXTentacion.

XXXTentacion is being featured on a gigantic marquee for possibly the last time.

The late 20-year-old rapper appeared Wednesday morning on the Jumbotron outside the BB&T Center in Sunrise, Florida. The arena, which is the home ice for the NHL Florida Panthers, will open its doors at noon to allow the public to come in and view the body of XXXTentacion.

Sources at the BB&T Center tell us there is no official service or itinerary planned, but that the event will be a "constant queue" of people walking by the body of the deceased hip-hop star.

As we reported, the family explicitly warned people to not bring in any recording devices, and threatened those who violated the rule would be immediately kicked out. The event center even told us that the media is barred from attending.

We're told it's unclear how many people are expected to attend the 6-hour long event, but seeing as X's family told his fans this "will be your last chance to see him," a huge turnout would not be out of the question.

As for security, we're told the local police department will be assisting the arena with security, both in and outside, but would not provide specific details on how the event will be covered.

Since the young star was tragically gunned down earlier this month, there has been one arrest while investigators continue to search for other possible suspects.