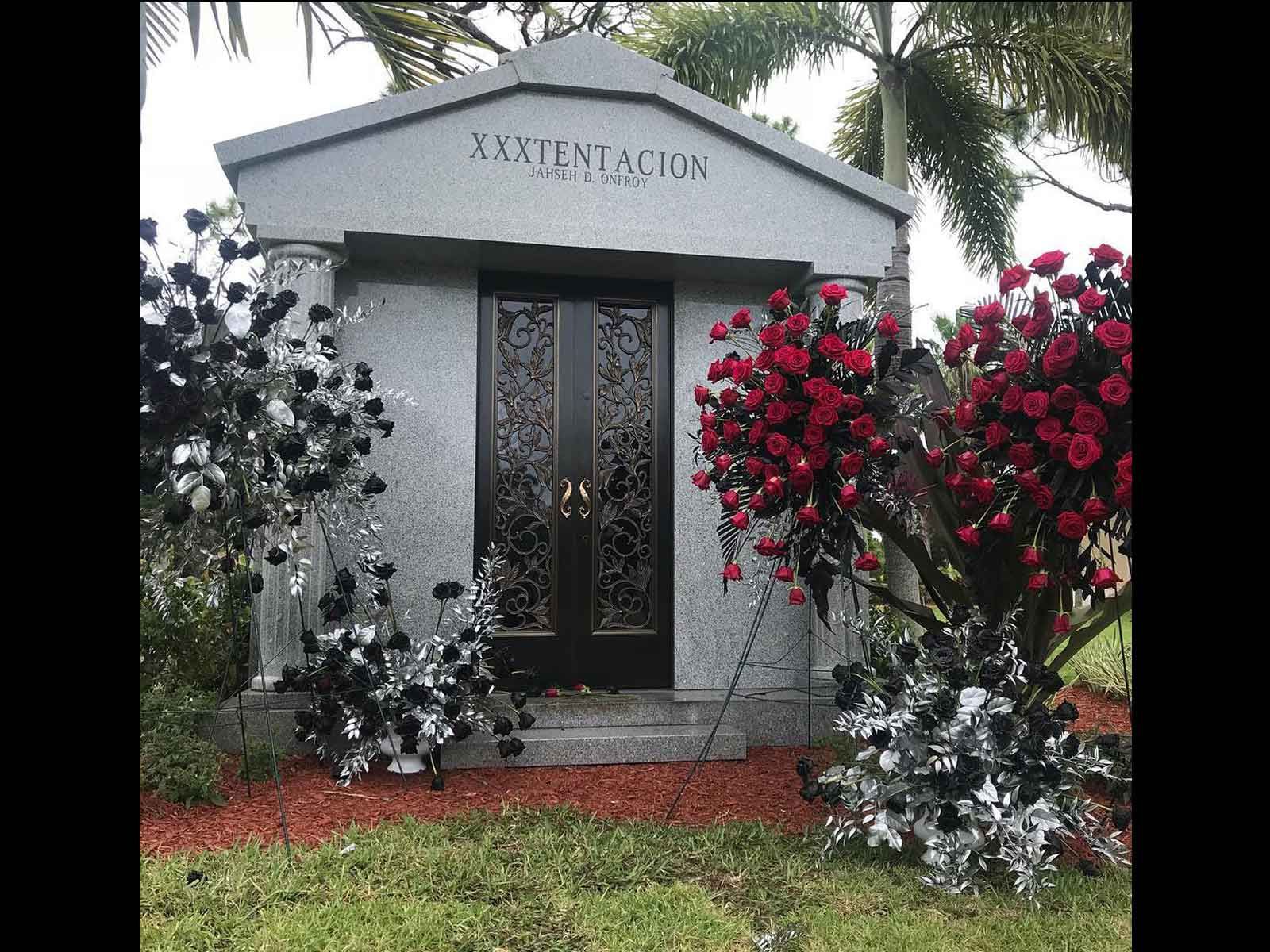 XXXTentacion's mother is showing his fans where the rapper was laid to rest.

The monument can be seen in the photo with his rap name in giant letters and his birth name, Jahseh D. Onfroy, written in smaller letters below. The entrance is marked with flowers on both sides.

As The Blast first reported, XXXTentacion's death certificate stated that he would be entombed at The Gardens of Boca Raton, a funeral home in Boca Raton, Florida.