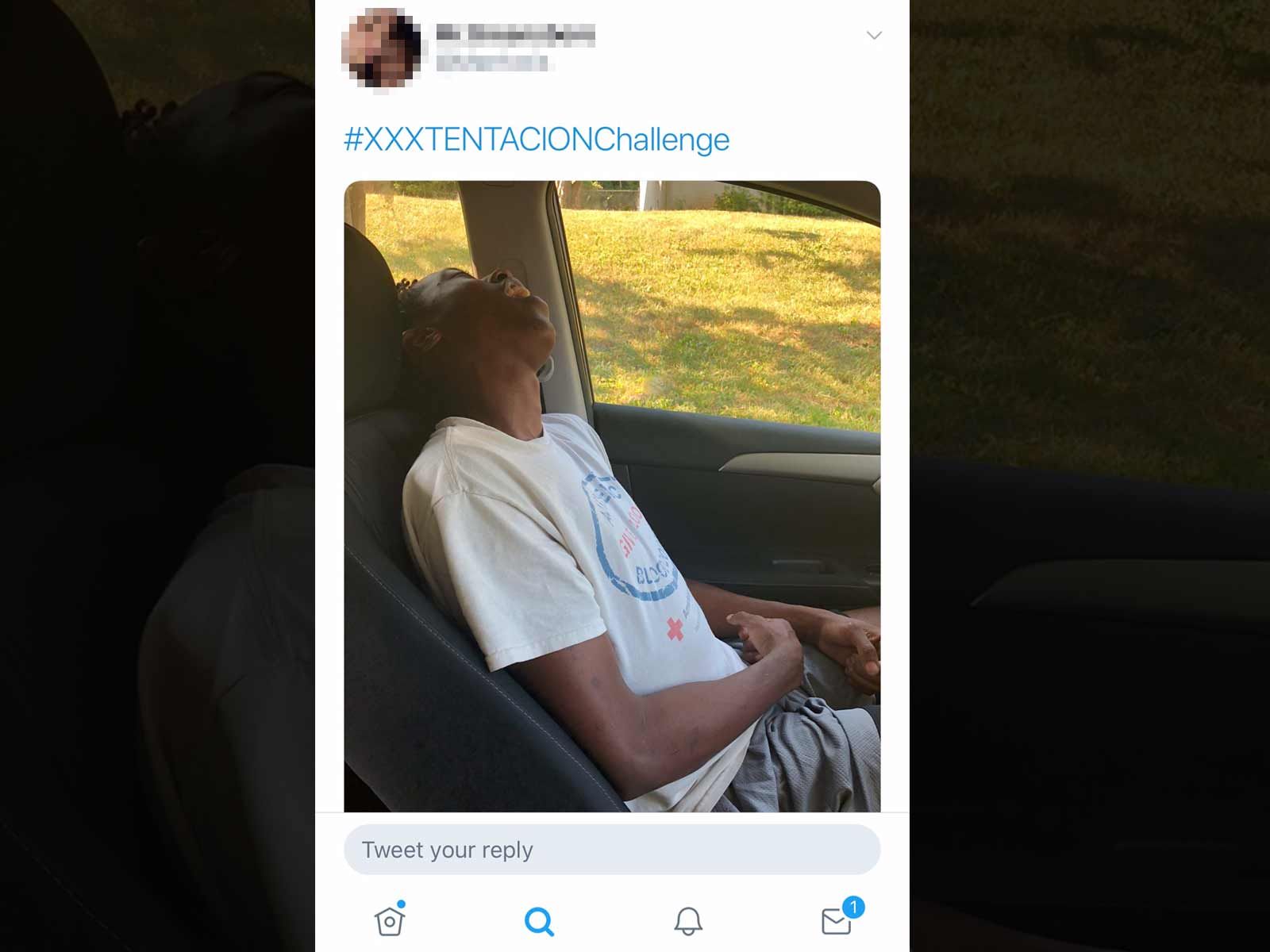 Just when you thought humanity couldn't get any lower than the Tide Pod Challenge, the "XXXTentacion Challenge" has unfortunately become a thing.

The abhorrent trend surfaced on Twitter after XXXTentacion was fatally shot inside his car and "fans" began mocking his death with their own version of the 20-year-old rapper sitting lifelessly in the driver's seat of a car.

Thankfully, many people have condemned participants of the grotesque challenge, which will hopefully deter others from following suit.

If you're looking for a challenge to carry out in X's honor, try the Helping Hand Challenge that the rapper was committed to participating in before he was gunned down.