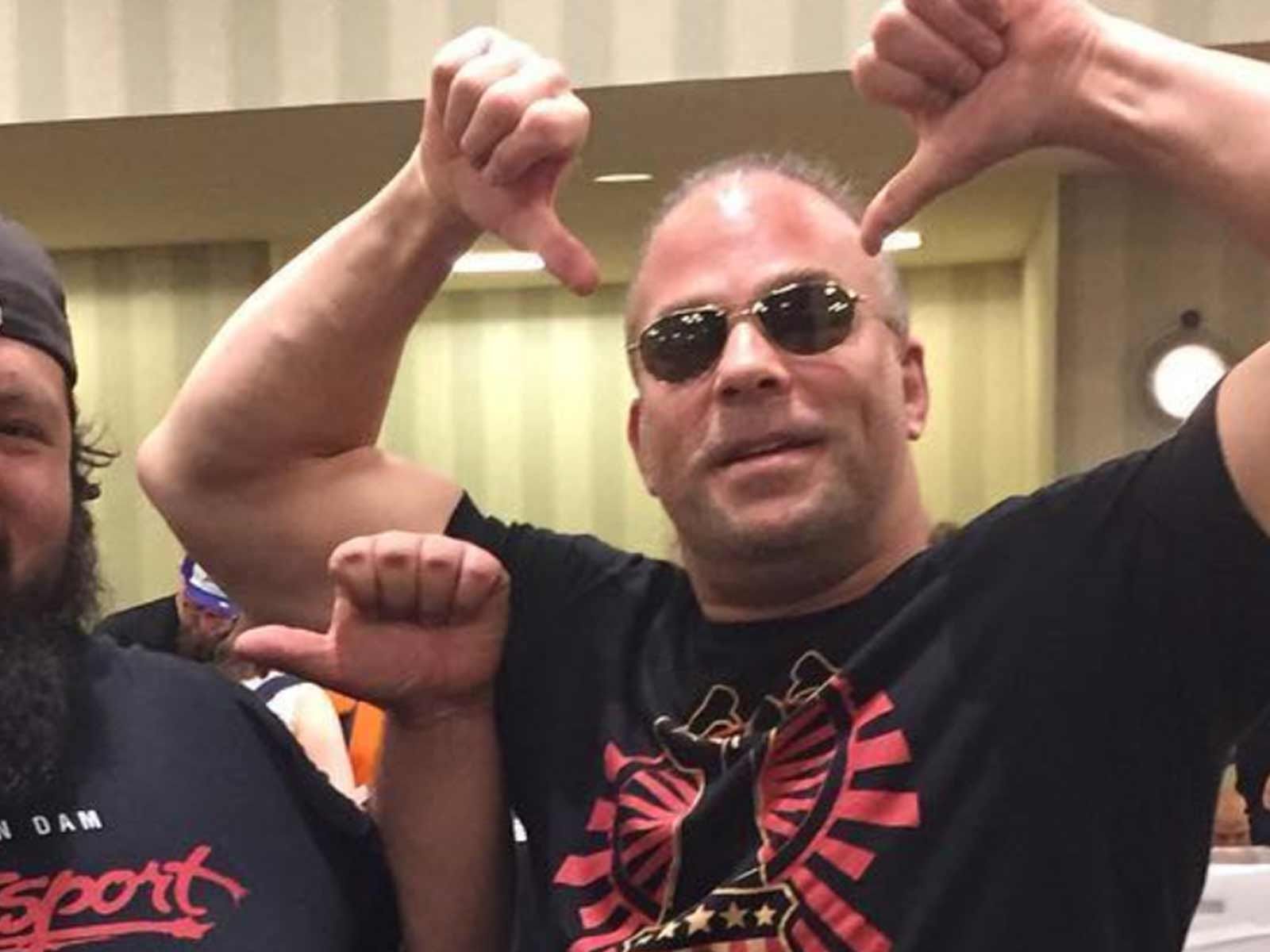 Rob Van Dam has finalized his divorce after 17 years of marriage, and unfortunately he's not only losing one best friend, he's also giving up two of his former BFF's.

According to documents obtained by The Blast, RVD hatched an agreement with his estranged wife Sonya that included a division of their community property.

Sonya will be getting her Mini Cooper, a grandfather clock, family photos, books and a drafting table. She also gets to keep her engagement ring, diamond ring and other jewelry.

However, she also scored ownership of the ashes to Rosie and Zena, the couple's late-pooches.

RVD will get to keep the inheritance from his father, household furniture and appliances, and all the jewelry in his possession. As for cars, he gets the 2007 Toyota Camry Hybrid and a 1998 Ford Explorer.

The ex-couple agreed to sell their two marital homes, one in Palos Verdes and the other in Las Vegas. RVD will be responsible for paying Sonya an equalization payment of $262,500 from the sale. She was awarded sole possession of a plot of land they owned in Oklahoma.

Once the judge signs off on the settlement RVD and Sonya will be officially divorced ... which will give the wrestling icon more time to focus on his sexy new tag-team partner, wrestler Katie Ford.

With the right partner, life is a celebration every day‼ Also.. Who called me Egg Head? #rvd #robvandam #winning #katieforbes #party #nowiwantbreakfast