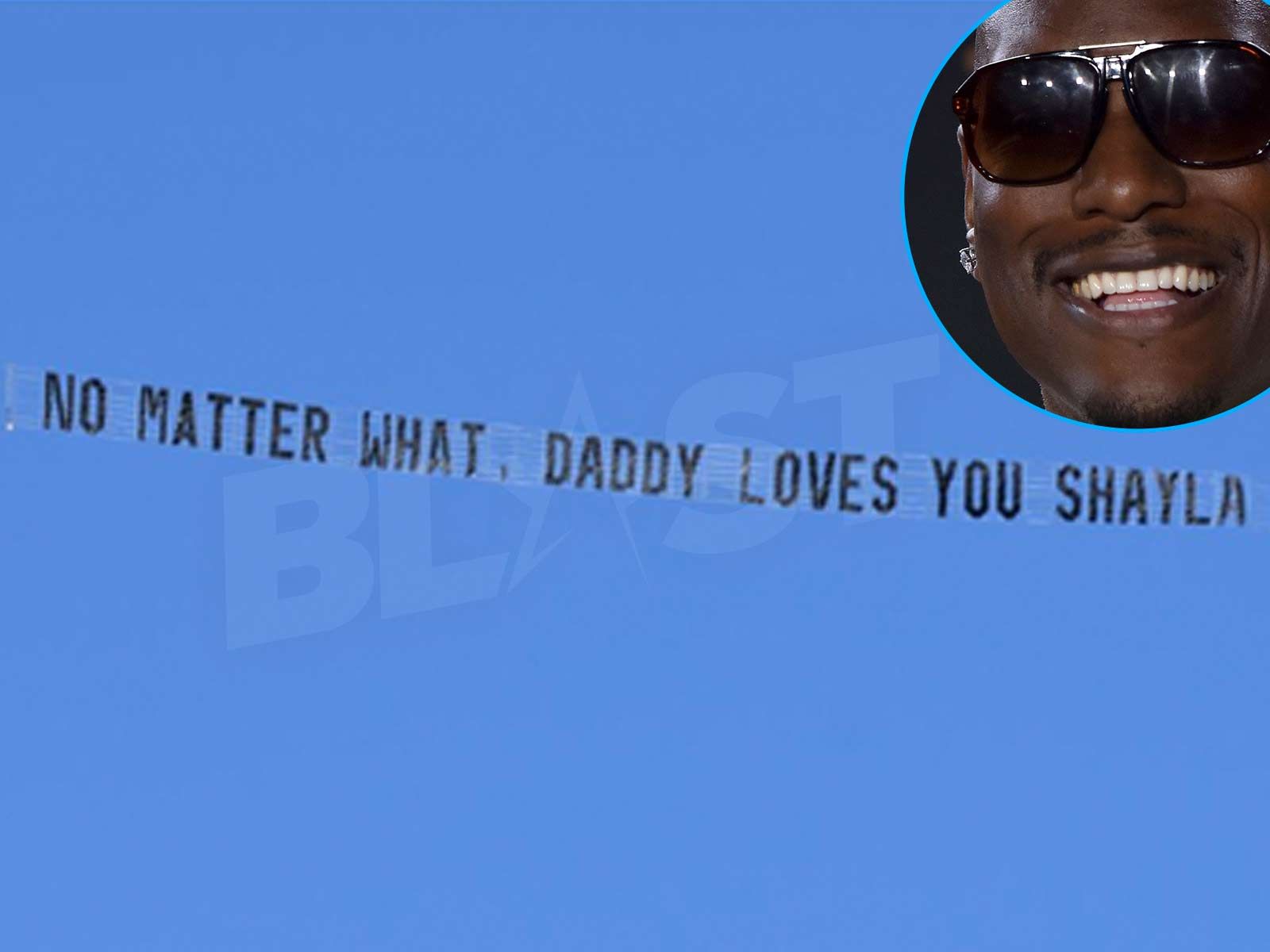 Tyrese's Daughter 'Mortified' After He Flies Banner Over Her School

Tyrese sent his daughter into hysterics after he hired a plane to fly a banner over her elementary school with a cryptic message ... the day before she's set to testify against him in a case of alleged child abuse.

The banner read: "NO MATTER WHAT, DADDY LOVES YOU SHAYLA."

We're told the message is a direct reference to Shayla testifying Tuesday over allegations Tyrese pinned her to the ground and viciously beat her until she was unable to sit afterwards.

Those involved in the case believe Tyrese was trying to influence his daughter before court.

Norma's team says Tyrese also had deliveries sent to the school for Shayla: Balloons, flowers, teddy bear, fruit arrangement and a card. It got to be so much, we're told the school did not even inform Shayla her father was sending them.

We're told Shayla was "mortified" when she saw the plane's message, and burst into tears. She ended up staying in the Principal's office away from the other children and school officials did not allow other children to play outside while the plane was overhead.

As The Blast first reported, Tyrese's ex-wife, Norma, is trying to get a permanent restraining order against the actor and using the allegations of child abuse as her justification. She also thinks Tyrese may take Shayla to Dubai, where he has business ties, and make it impossible to return.

Norma's lawyer, Aleen Khanjian believes the plane and deliveries were a violation of the current temporary restraining order on Tyrese barring him from any direct or indirect contact with his ex-wife and daughter. Khanjian tells us "This disturbing behavior is a complete violation of the Restraining Order. It is a reflection of Mr. Gibson’s erratic state of mind."

Tyrese has denied all allegations of abuse.

In a statement to The Blast, Norma said she does not want to take away Shayla from Tyrese, but instead wants him "To receive the therapy he needs so that our daughter can have the relationship with her father she deserves."

Tyrese, Norma, and their daughter are all expected to be in court Tuesday.