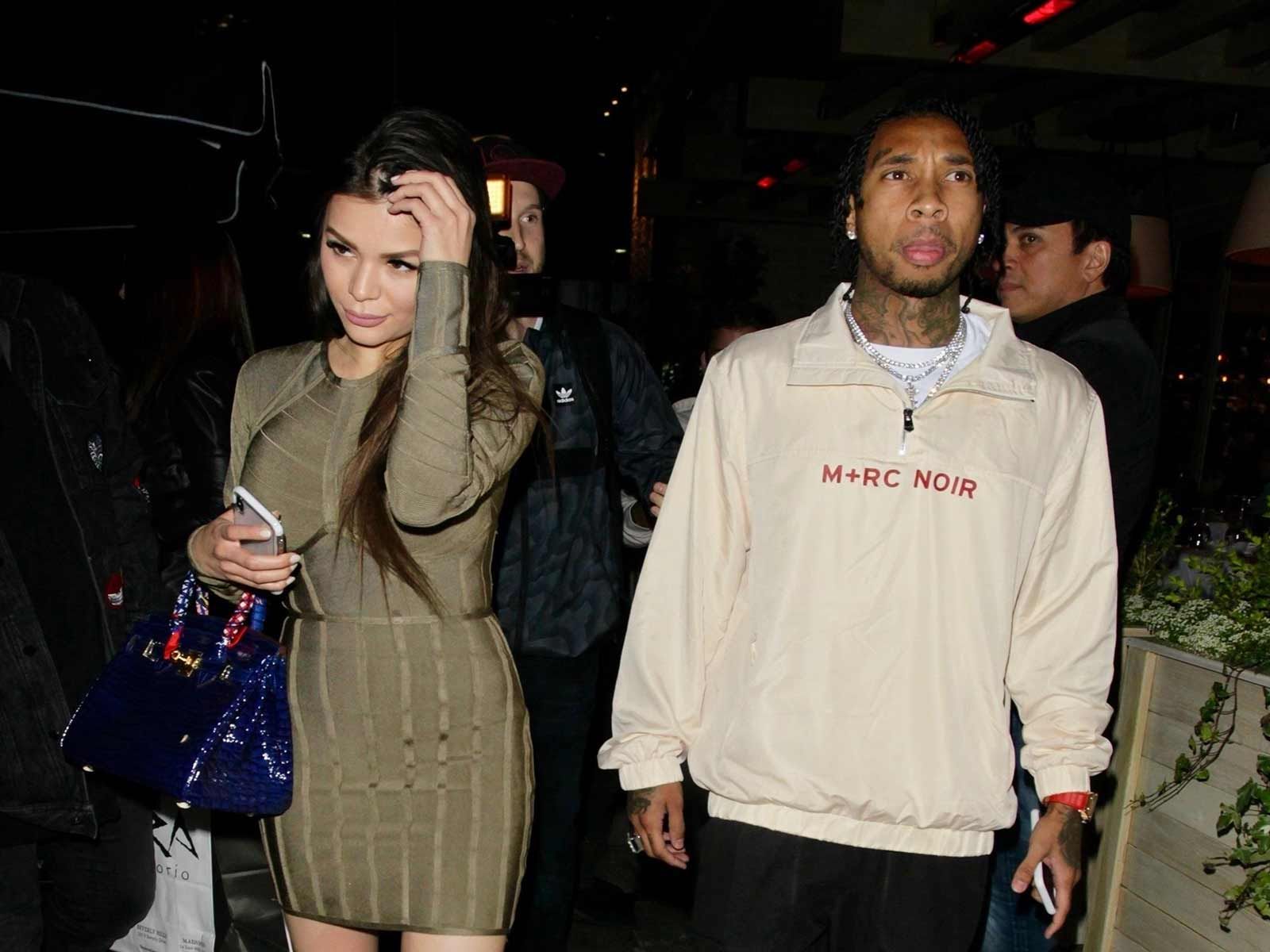 Tyga is trying to have his cake and eat it too because he spent his night out with a mystery girl, but lingered all over Iggy Azalea's Instagram photos.

The rapper and former Kylie Jenner boo was spotted at dinner on Tuesday night with a bombshell brunette. Tyga looked cool and laid back wearing a cream zip-up, black "cargo pants" and chains while exiting with his phone in hand.

It's interesting that his cell was so close because he was also liking the super hot photos Iggy was posting on Instagram. The "Fancy" singer must have wanted her rumored beau to know what he was missing because she did not hold back, posting half-naked photos that'll make even your priest blush.

Later in the evening, Iggy seemed to be alluding to Tyga when she wrote on her Instagram Story, "Don't wait on a man."

This is the second night in a row that Tyga has been liking Iggy's hot shots, and while they haven't confirmed their rumored romance, they've sure kept it interesting on social media ever since they were spotted getting close at Coachella.