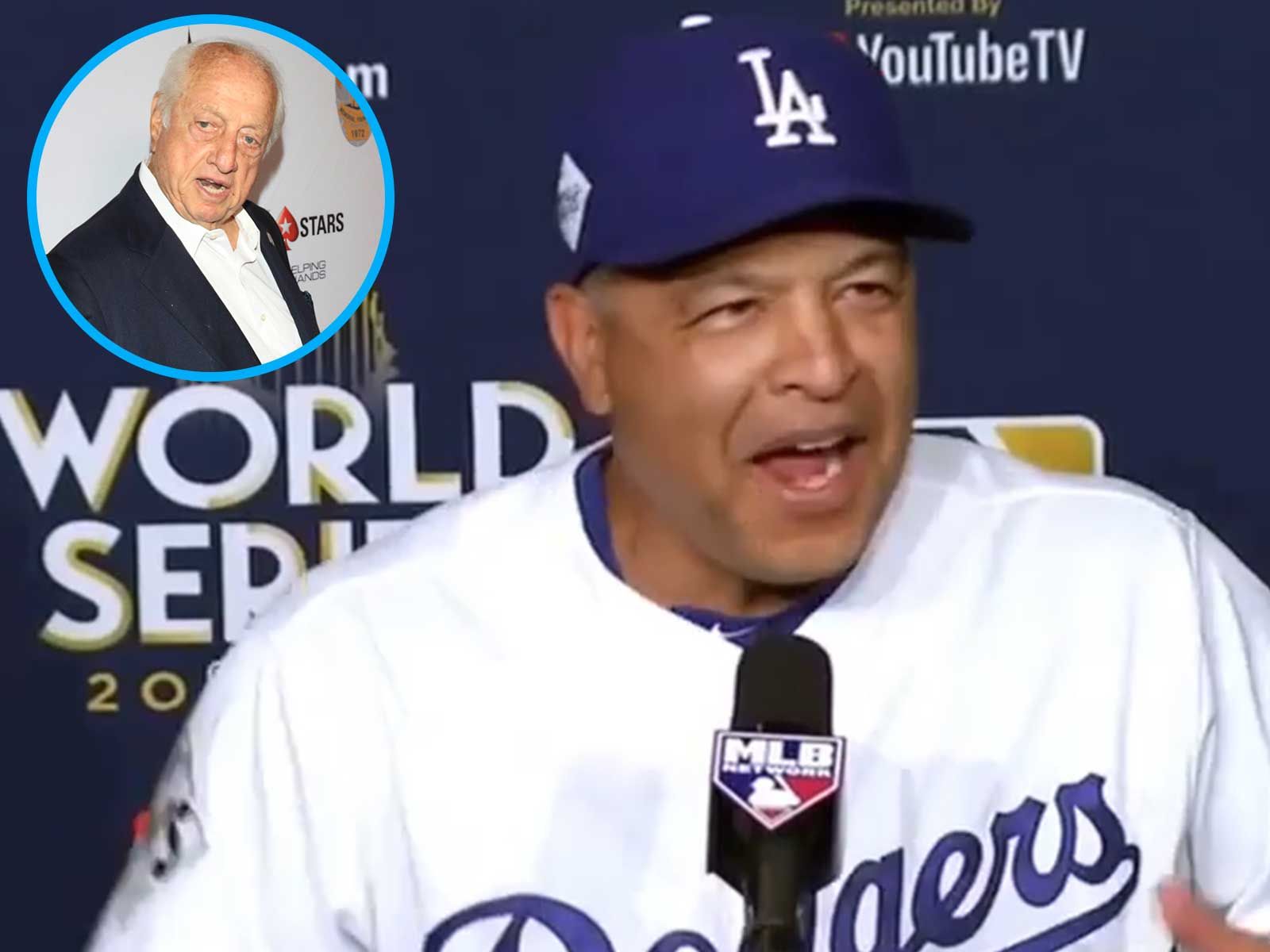 Tommy Lasorda's Words of Wisdom to Dodgers Manager: You Haven't Done ST Yet!

Just as Los Angeles Dodgers skipper Dave Roberts went to speak to the media after winning Game 6 of the World Series, former Dodgers' manager Tommy Lasorda pulled him aside for a special message.

The 90-year-old baseball legend said, "You haven't done s**t until you win tomorrow!"

The winner of the World Series will be determined after tonight's game.