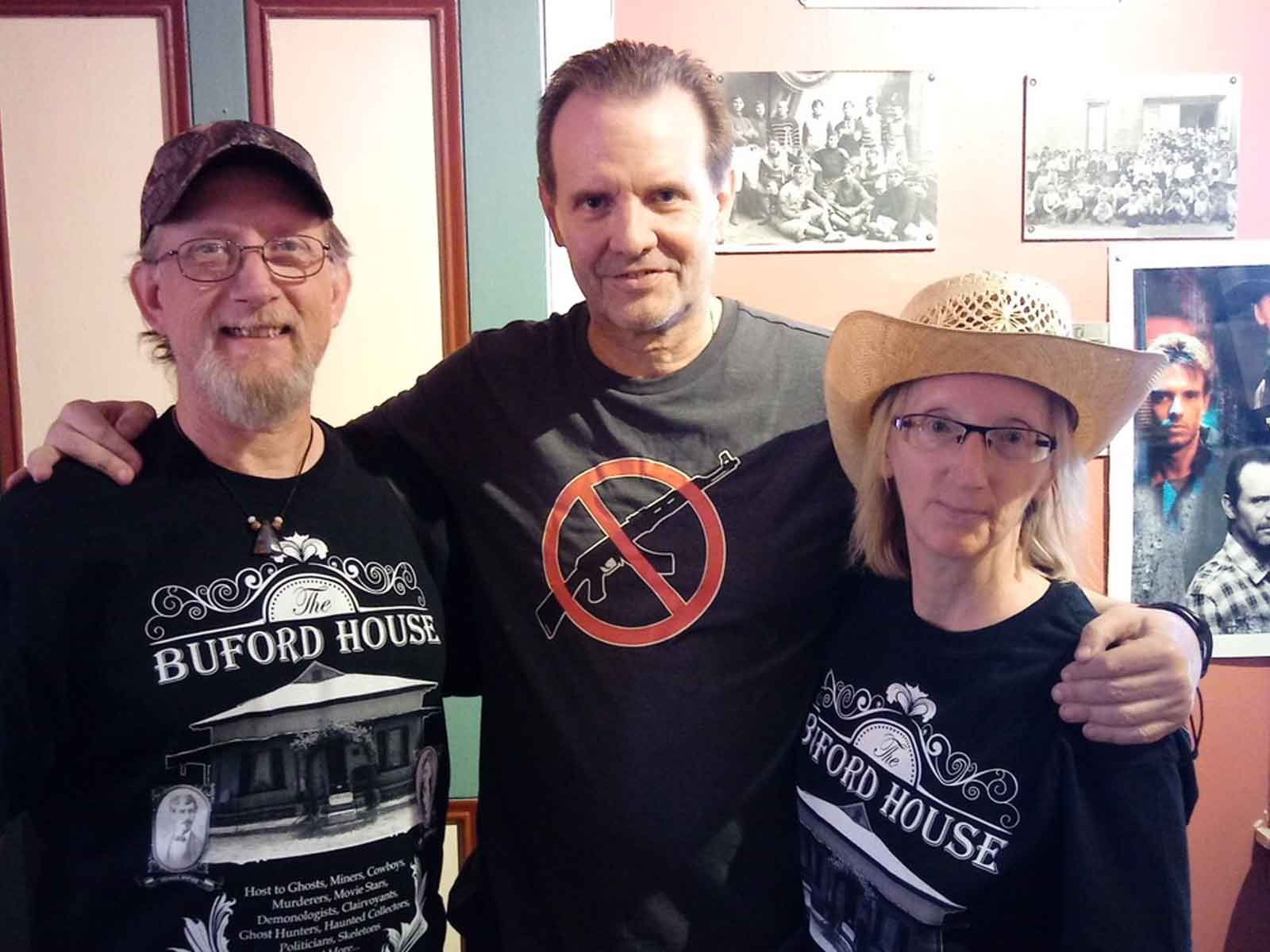 Michael Biehn insists he is not against the second amendment despite wearing an anti-assault weapon shirt to an event honoring the classic western "Tombstone" ... which drew the ire of some loyal fans.

Biehn — who played Johnny Ringo in the film — attended an event over the weekend in Tombstone, Arizona to celebrate the film and even had June 30 declared "Michael Biehn Day" in his honor.

But Biehn wore a t-shirt to the event that had an assault rifle on the front — with a circle and a line through it — and the words "Listen To The Children!" written on the back.

Since the event, Biehn says he and his wife — "Dark Angel" star Jennifer Blanc-Biehn — have received "a constant stream of threats and negative comments" about the shirt. One commenter called Biehn's decision to wear the shirt "totally disrespectful to those who put on this event in Tombstone, the movie itself, the town of Tombstone, everyone who lives there, and fans of the film."

But a rep for Biehn tells The Blast the shirt was not meant as a comment on the second amendment and that he supports the Constitution.

Instead, Biehn says the shirt is about banning assault weapons as he has been inspired by the Parkland students and teachers ever since the tragic shooting at Marjory Stoneman Douglas High School in Parkland, Florida.

Biehn tells The Blast, "As it says on the back of my t-shirt, LISTEN TO THE CHILDREN."