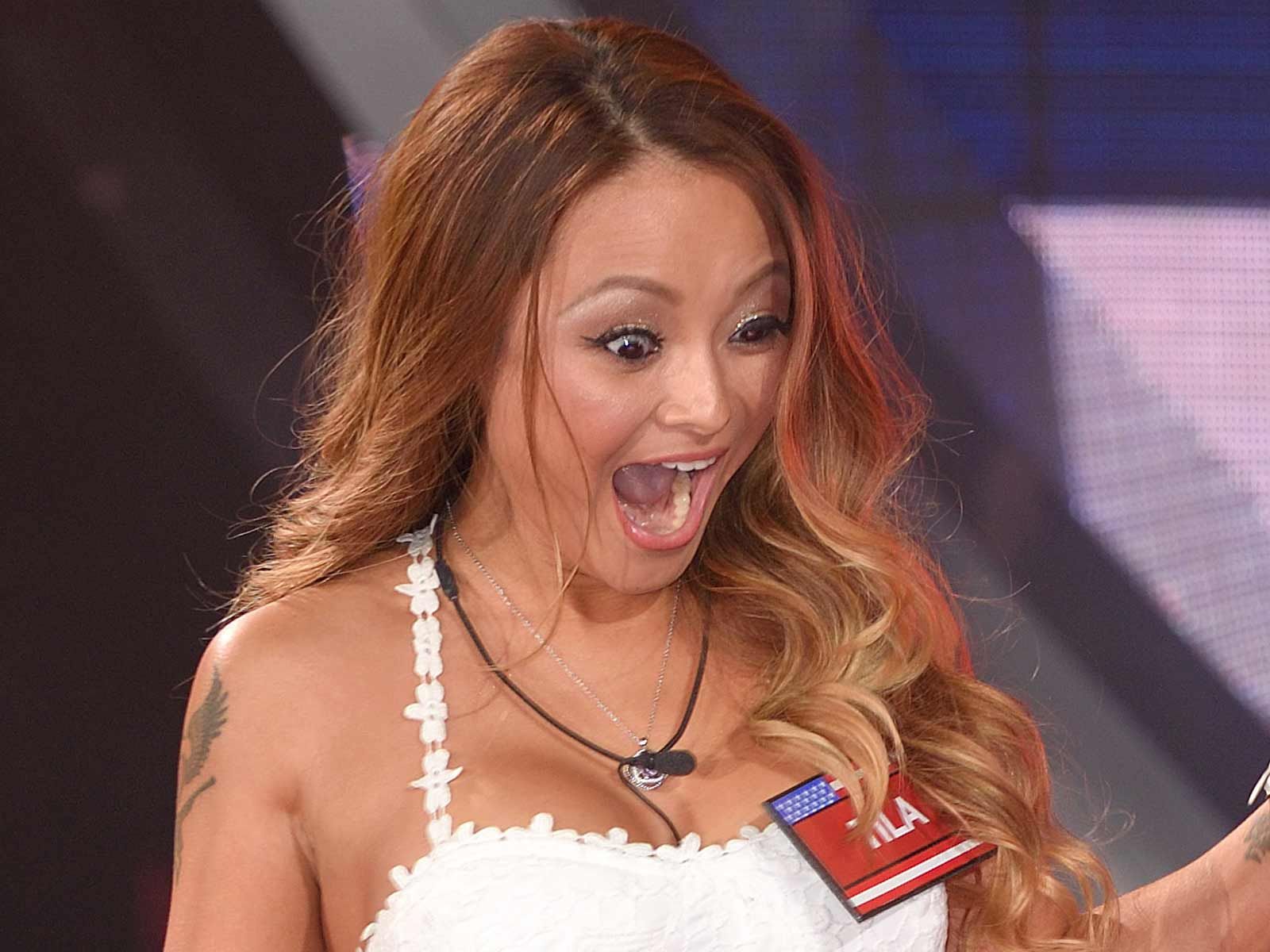 Tila Tequila is in jeopardy of losing custody of her 4-year-old daughter after her baby daddy asked a judge for full custody and to cut off unsupervised access to the child from the ex-reality star.

Tila's ex, Thomas Whitaker**,** has filed legal documents requesting full custody of Isabella Monroe and argued, "it is in the best interest of the child" that the father is appointed sole managing conservator and able to decide where his daughter lives.

The "Shot At Love" star has stayed out of the public eye for several years but continues to make headlines now and then. Not long after the birth of her child, Tila sparked outrage for posting an Instagram photo of her then 11-month-old daughter dressed up as Hitler. That incident happened among a handful of similar, seemingly anti-Semitic and/or Hitler-related incidents over the years.

We're told that Whitaker, who lives in Georgia, does not have a formal custody agreement in place with Tila, who lives in Texas. Whitaker claims his baby mama used to be very accommodating with letting him see Isabella, but says that she has now barred him from visiting, which prompted him to file official documents.

Whitaker also claims, in legal documents, that the former reality star has "engaged in a history or pattern of child neglect," however he doesn't want her parental rights stripped away and is requesting that Tila be allowed supervised visits with the child.

This is Whitaker's second attempt at establishing custody. Back in 2015, he tried to take Tila to cour,t but ended up dropping the case entirely so the two could try and work things out for their daughter's sake. We're told the good will on both sides only lasted a few months.

We reached out to Tila, who is now married, for comment on the custody case. She questioned, "Why did he wait 4 years to finally do something about it if my daughter Isabella was in fact in danger or neglected? How can she be neglected when I stay home with her everyday and we live with my parents who also help ...?"

Tila has also apparently immersed herself in religion now, and suggested Whitaker is "just jealous" because she recently had a child with her husband, adding "Jesus Christ says that Thomas will he punished for his crimes."

She recently started going by the name Tornado Thien, and announced in March she was expecting her second child. Just last week she introduced her daughter, Annabelle, in a YouTube video.

Tila the Tornado and her baby daddy are due to appear in court next month in Texas to prepare and duke it out over custody.

We have also included Tila's full statement to read, and because it was just way too long to include in the main copy:

"Thomas claims all of these lies against me and he is bearing false witness which God says will not go unpunished. If all of his claims against me are true then why did he wait 4 years to finally do something about it if my daughter Isabella was in fact, in danger or neglected? How can she be neglected when I stay home with her everyday and we live with my parents who also help to take care of her? Thomas is just jealous that I got married and recently had another beautiful baby girl with someone else. Jesus Christ says that Thomas will he punished for his crimes. The world will soon see this and the Lord will avenge me. Meanwhile, I pray for Thomas that he has repented so he doesn't have to go to hell for his crimes. I bless him and pray that he is doing well and I pray that he learns how to forgive as God commands. I pray for all of you and wish you all the best! Here are some reminders for Thomas and all those who have spoken lies against me:

'A false witness will not go unpunished, And he who tells lies will not escape.' - Proverbs 19:5

'You shall not bear a false report; do not join your hand with a wicked man to be a malicious witness.' -Exodus 23:1-2

'Do not be a witness against your neighbor without cause, And do not deceive with your lips.' - Proverbs 24-28.

Although Thomas has consistently spoken lies against me and wishes my children and I harm I have forgiven him as I have long moved on with my new life."