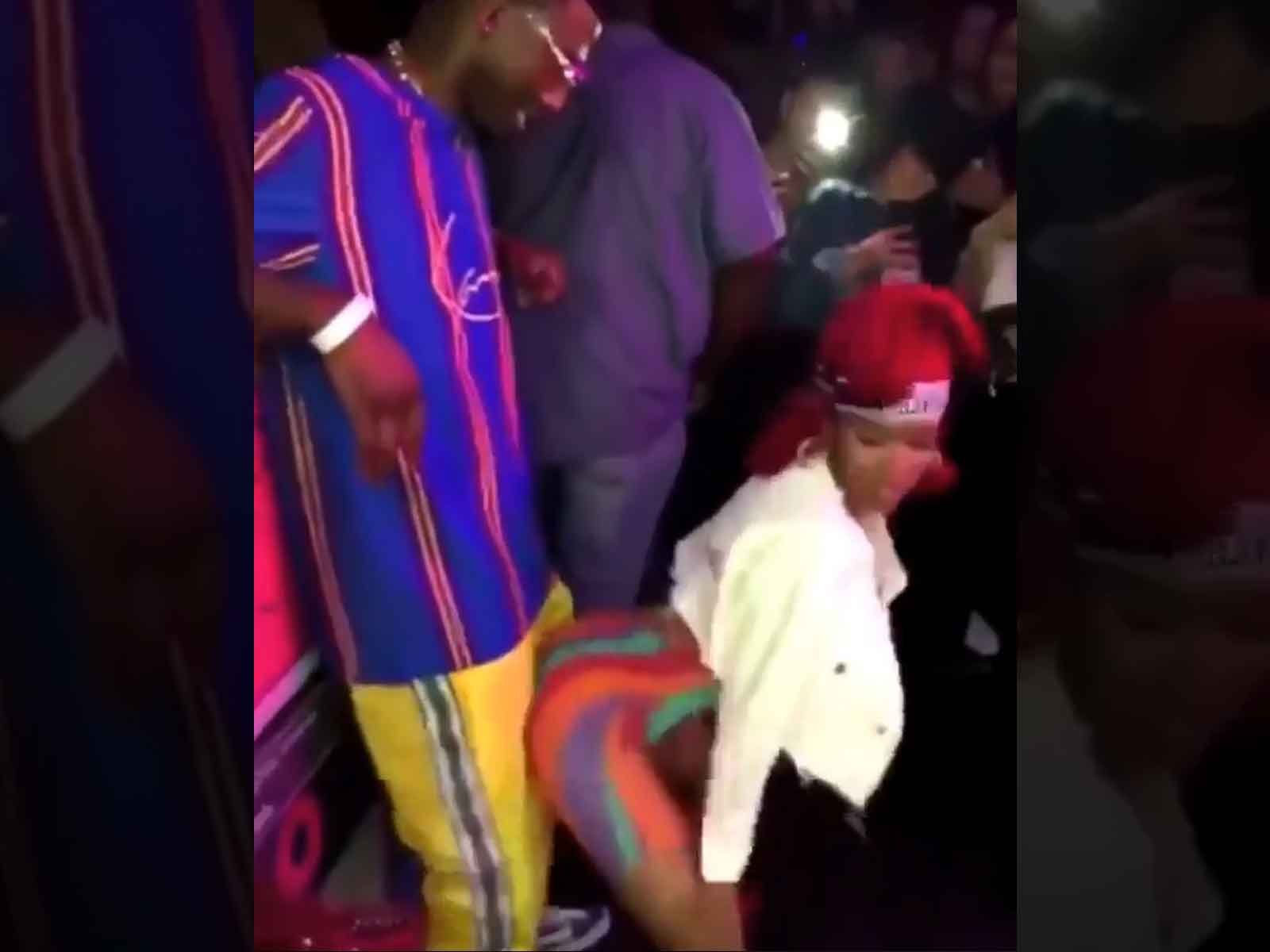 The NBA star had the hottest seat in the house when his wife, Teyana Taylor, broke it down on the dance floor right on his ?. Wearing florescent spandex shorts, Teyana twerked her butt off for her husband and the crowd was clearly impressed with her skills.

The two were at Nightingale Plaza in Los Angeles for the celebration of Karl Kani's collaboration with PrettyLittleThings (Teyana is the face of the campaign). If you'll recall, they also had a party for Kourtney Kardashian's PLT's launch, minus the booty poppin'.

Tuesday night's event was jam-packed with stars. Chris Brown, Tyga, Christina Milian, Tiny Harris and more turned up for the event. And you know it's a good party when Snoop Dogg and Mase perform.