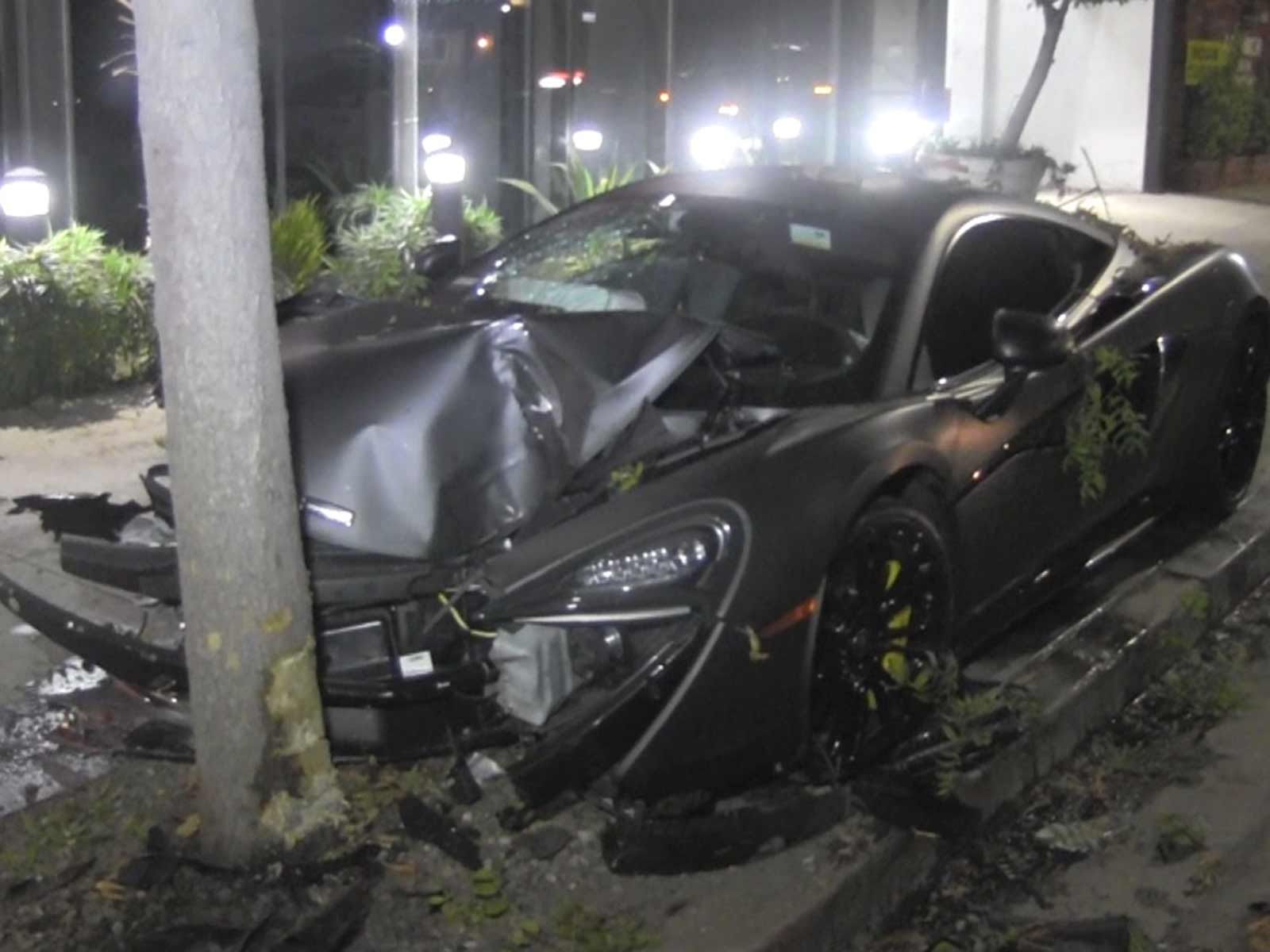 A high-performance sports car registered to actor and BET host Terrence J is involved in a hit and run investigation and eyewitnesses have allegedly claimed the actor and his model girlfriend are responsible.

According to LAPD emergency dispatch audio, a call came in around 12:30 AM Tuesday morning to report a McLaren sports car crashed into and came to rest at a tree on Ventura Blvd. The car also damaged a water line near a business and needed to have the water shut off.

The tow truck company who took the McLaren tells us the vehicle is registered to Thomas Jenkins, a longtime BET star and former host of "106 & Park." We're also told the cops informed the tow truck driver Jenkins was a celebrity.

The driver and passenger allegedly ran from the car, and according to witnesses, cops were looking for a black male wearing a red sweater and a female wearing a blue jumpsuit.

There are reports the woman, who was driving, is Terrence's girlfriend, model Jasmine Sanders, but that has not been confirmed.

It's unclear what kind of injuries were sustained, but if the damage on the car is any indication, they're lucky to be alive.

Back in March, Jenkins actually posted a video of himself driving a car that looked pretty identical to the one driven into the tree.

LAPD tells The Blast detectives are currently investigating the accident, and have not yet made contact with the suspects.

We've reached out to a rep for Terrence for comment, but have not yet heard back.