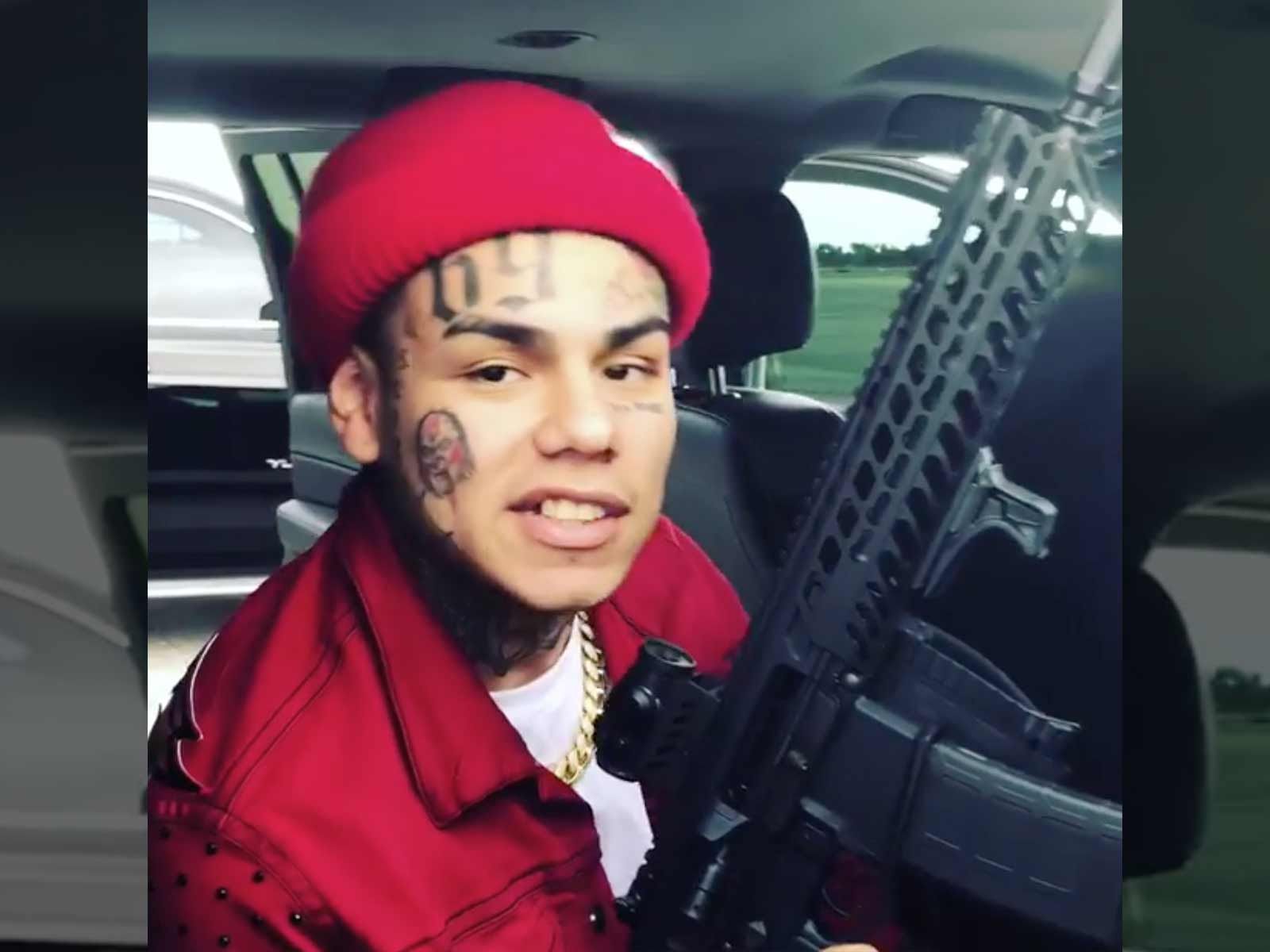 Prosecutors are going in hard to make sure the judge in Tekashi 6ix9ine's criminal case doesn't go light on a possible prison sentence and claim, because of his repeated exhibition of violence, rewarding him with light sentence sends the wrong message to his young fans.

In a very strongly worded letter to Judge Mennin by Manhattan Assistant D.A. Sara Weiss, she lays out the "STOOPID" star has "Failed to mature into the law-abiding adult anticipated by the plea agreement which he signed on October 20, 2015."

As we've reported, the sentencing Tekashi is facing stems from his guilty plea of using a child in a sexual performance.

Specifically, Weiss explains that since signing his plea, Tekashi has claimed to be a "member of the 9 Trey Bloods" and exhibited "violent conduct related to that gang."

The D.A. admits Tekashi has "become a successful recording artist," but "is now a self-admitted member of a violent gang, the 9 Trey bloods" who celebrates his involvement on social media.

Officials also call into question his use of social media to start "beefs" in hip-hop where he encourages his supporters to use violence against his rivals on his behalf. They say Tekashi's "trolling" has been effective at driving album sales, but has also resulted in "real life violence."

Two of the violent incidents detailed have to do with rappers Casanova and Chief Keef.

Officials claim that Tekashi was with the gunman who fired a shot at Casanova's entourage at the Barclays Center back in April. They also claim that Tekashi has tried to minimize his role, but detectives have surveillance footage showing the two men together just before the shooting.

In June, Chief Keef and his crew were shot at in NYC after feuding with Tekashi, and the D.A. believes he was once again involved.

Tekashi's huge social media presence is also being used to contradict his claims of violence. In July, the rapper claimed he was a victim of a violent attack in Brooklyn near his home and sustained a concussion.

The concussion was so allegedly severe it kept him from making appearances in court.

Officials are calling BS on the concussion, because they claim while he was "too ill from the effects of his head injury," he also "went to nightclubs with loud music and strobe lights almost every night that week."

To top it all off, he then "took a several hour flight to Miami, where he filmed himself holding a loaded assault rifle." The D.A. says it's a slap in the face to the court that he "won't appear before this Court unless it is convenient for him."

The reason for pointing out all Tekashi's faults, is so that prosecutors can argue that sentencing the hip-hop star under the Youthful Offender guidelines, which would give him a lighter punishment, would have negative effects on "like-minded offenders who follow defendant on social media and other outlets."

Tekashi, however, doesn't seem to be too worried about all the legal drama, he was partying in NYC all weekend and was even seen with 50 Cent.

The pending sentencing isn't the only legal hurdle 6ix9ine faces this week. Tuesday he'll be in Brooklyn court to deal with allegedly assaulting a cop and Thursday the case in Houston will be heard where he was accused of choking a 16-year-old kid.

Friday is the sentencing on the child sex charge.