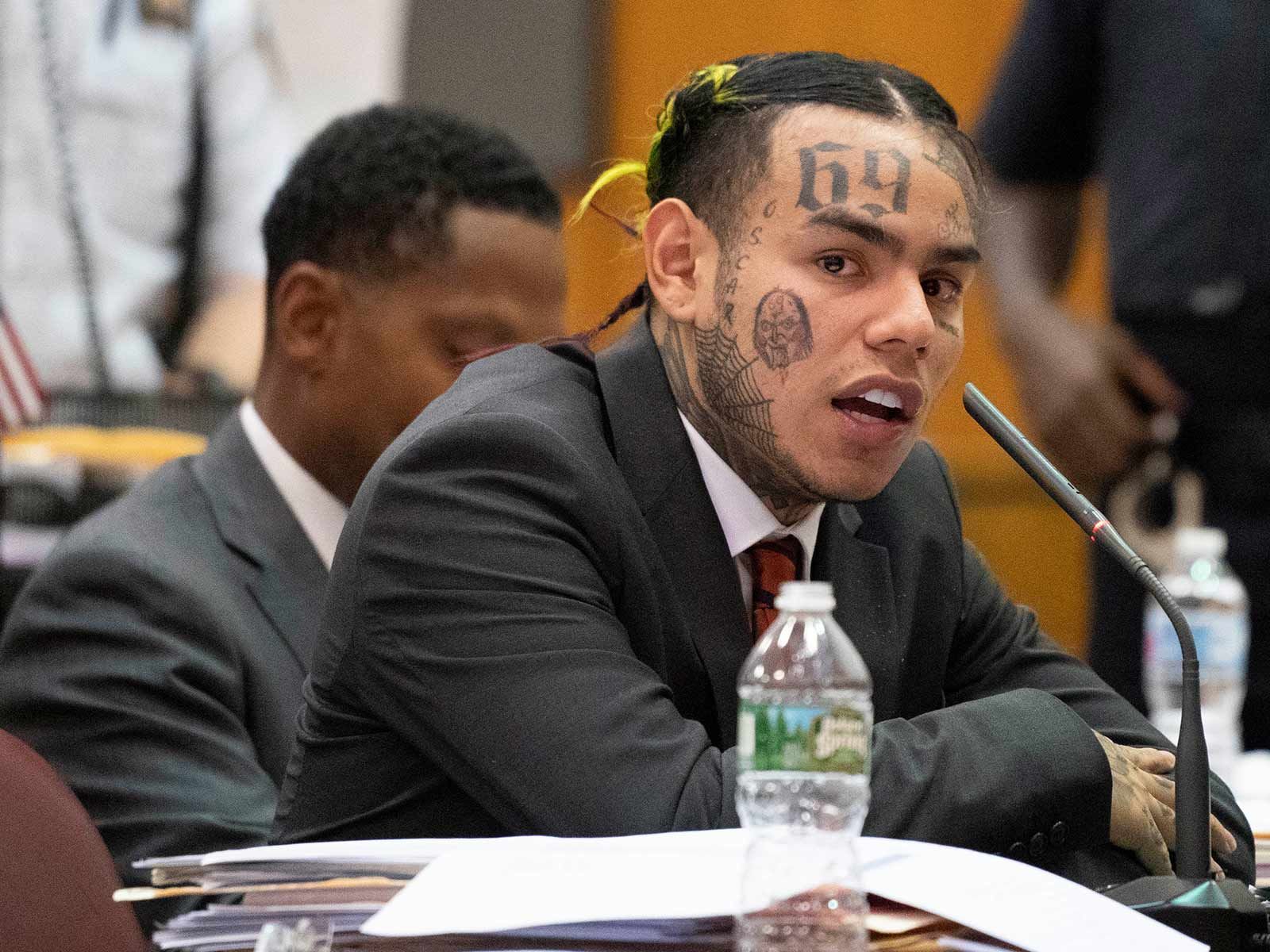 Tekashi69 has been sentenced to four years probation in his sexual misconduct case, narrowly avoiding a 1-3 year prison sentence.

The rapper appeared in a Manhattan court on Friday where a judge handed down the sentence for violating his probation in his criminal sexual misconduct case. The judge sentenced him to four years probation, with credit for one year.

He must do 1,000 hours of community service. He also can not affiliate with any street gang.

After the hearing, Tekashi posted a photo of himself, sporting an ear-to-ear grin, writing, "GOD IS GOOD GOD IS... GOOD!"

Tekashi's lawyers argued on behalf of their client, calling him one of the biggest influencers on social media. They painted him as someone who grew up in poverty, and the money he makes he frequently uses to give back to the community.

The lawyer also brought up the cancer patient Tekashi visited just days ago. He’s stressing that Tekashi’s image he creates on social media is not who he really is.

After attorneys for both sides presented their cases, Tekashi spoke on his own behalf.

He said his “goal is to be the biggest superstar” he can be and he wants to use his power to help kids like him.

Tekashi also pointed out that the good stuff he does does not make headlines and he referenced several instances in which he gives to charity.

He told the judge, “What kind of kid would want to meet Tekashi 69 if I was such a bad guy?”

Tekashi concluded by saying, “There are people who deserve to be in jail but Daniel Hernandez is not one of them.”

As we reported, the Manhattan D.A. did not want the judge to go lightly on the "STOOPID" rapper, claiming his affiliation to dangerous street gangs, and acts of violence were examples of Tekashi's unwillingness to clean up his act.

Over the past few weeks he has tried to garner goodwill in the community, but unfortunately the judge felt Tekashi violated the terms of his probation with multiple arrests.

It was apparent the hip-hop star's entourage knew the severity of the situation, and the looming threat of prison could also be why 6ix9ine was so aggressive with his onslaught of music drops and European tour stops.

Tekashi will still have the chance to appeal the probation violation conviction, but he's also dealing with other criminal cases, including one in Houston for choking a 16-year-old boy and another in Brooklyn for allegedly assaulting a police officer.