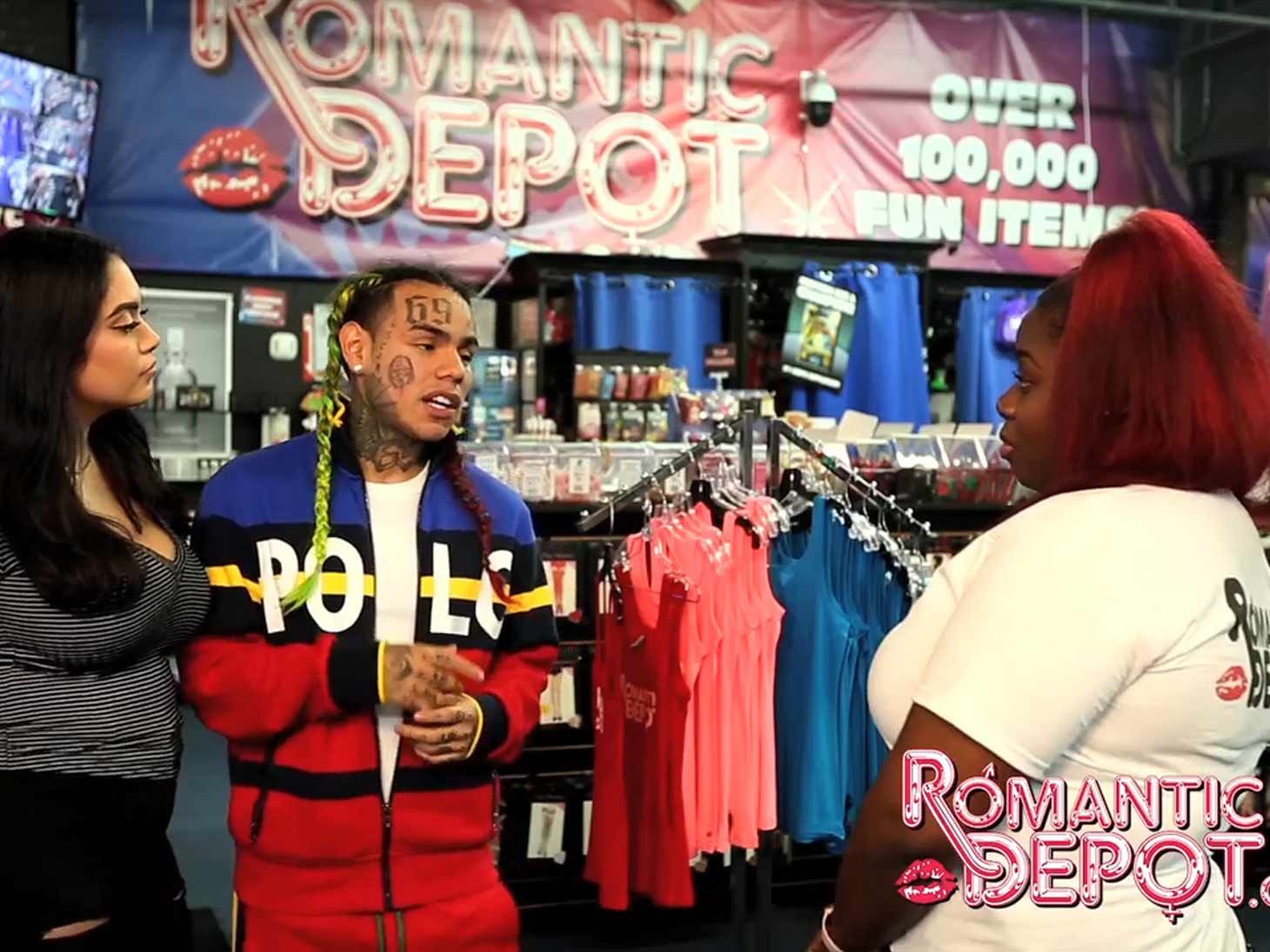 Tekashi gave a whole new meaning to pro bono when he starred in a commercial for a New York area sex shop free of charge.

The "GUMMO" rapper is making waves from behind bars as an ad for Romantic Depot was just released showcasing the rainbow-haired rapper speaking about respect for women.

Romantic Depot is a lingerie and sex toy shop with multiple locations throughout the New York area. Company CEO, Glen, tells The Blast Tekashi was "very humble when he came in" a few months back, and was interested in helping promote the company's anti-violence program.

The company launched a program last year titled, "Dignity and Respect," which aims at preventing violence against women through free a workshop held at the store.

"When I was younger I used to make a lot of stupid mistakes, but I'm ready to learn more," the rapper says in the TV spot for the store's program. We're told the women appearing in the ad with Tekashi are employees at the store.

As for compensation, we're told Tekashi did the commercial for free and gave authorization for his likeness to be used. Glen tells us the rapper was very supportive of the program and was hoping his participation about violence towards women would help spark a bigger conversation.

While in the store, we're told the hip-hop star was eyeing some of the toys, especially the life-like silicon recreations. When offered some take home toys, we're told Tekashi refused, claiming, "Dude, my mother would bug if she found that under my bed!"

The TV spots began airing this week ahead of Valentine's Day, and even though they have taken some heat over Tekashi's violent behavior and allegations he abused his baby mama, Glen says the response has been very positive.

Romantic Depot wants to make it clear, especially with a visual disclaimer, they do not support any of Tekashi's violent behavior or gang affiliations.