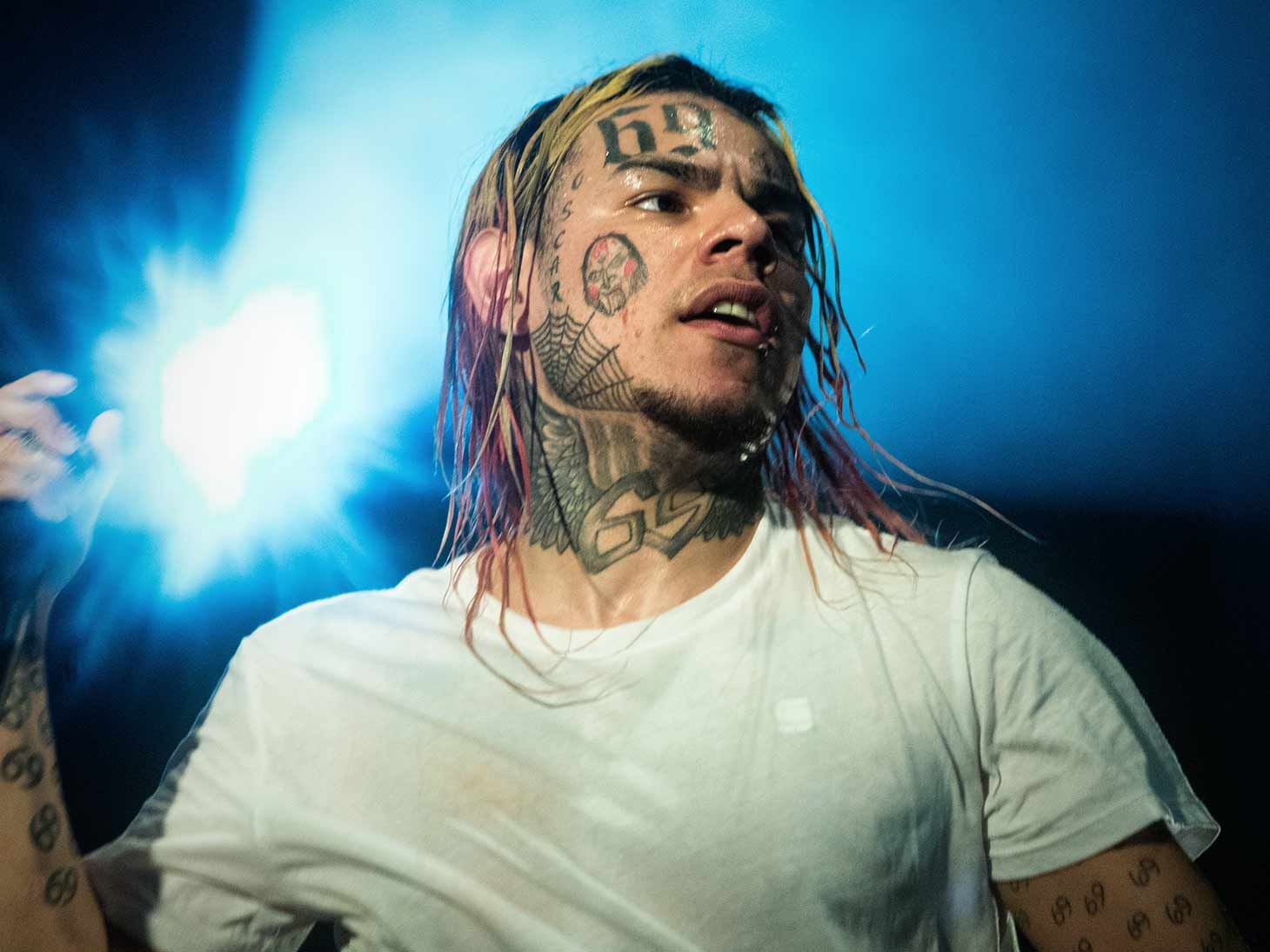 Tekashi69 is facing life in prison for his part in a criminal organization that engaged in murder, robbery and narcotics trafficking.

According to the indictment, obtained by The Blast, Tekashi and his entourage members are accused of being in the Nine Trey Gangsta Bloods, which operates around Manhattan, the Bronx and Brooklyn.

According to documents, officials tracked Tekashi on April 3 to a robbery of a man from a rival gang. They tracked the hip-hop artists cell phone, and through his social media postings, and surveillance footage, pinpointed him at the robbery. Later, when they executed a search warrant at Tekashi's apartment, they recovered a stolen backpack labeled, "SCUM," as well as an AR-15 pistol.

Officials also claim that Tekashi sent video of the robbery to someone who posted on social media, and it was used to trace the rapper back to the alleged crime.

Law enforcement then traced Tekashi to a shooting that occurred on April 21 after two men made "derogatory" comments to the rapper and then followed him and Shotti as they were driving. The documents claim Shotti got out of the car and fired two shots at the vehicle while Tekashi watched.

Later in the night, they went to the Barclays Center where Tekashi was scheduled to sing an entrance song for one of the fighters. During the event a fight broke out between Tekashi's entourage and rapper Casanova's entourage, and a shot was fired into the air.

Surveillance footage links Tekashi to all the events listed, and was entered as exhibits by prosecutors to argue their case for why he should not receive bail.

Two of the counts that Tekashi is facing have a maximum sentence of life in prison.

The documents allege Tekashi and his associates comprised a criminal "enterprise" that participated in unlawful activity and engaged in violence with rivals of the gang.

Officials claim Nine Trey committed multiple shootings, robberies and assaults against their rivals, including those who they deemed "disloyal" to the enterprise.

Nine Trey is accused of participating in drug running, including selling heroin, fentanyl, furanyl fentanyl, MDMA, dibutylone and marijuana. Documents claim Nine Trey "committed and agreed, attempted, and threatened to commit acts of violence to protect and expand their narcotics business and to protect fellow members of the enterprise."

The documents allege that on April 3, Tekashi, his manager and two entourage members robbed some unknown rivals at gunpoint as part of a gang initiation.

Officials claim the robbery was "for the purpose of gaining entrance to and maintaining and increasing position in Nine."

U.S. Attorney Geoffrey S. Berman said in a statement: "As alleged in the indictment, this gang, which included platinum-selling rap artist Tekashi 6ix 9ine, wreaked havoc on New York City, engaging in brazen acts of violence. Showing reckless indifference to others’ safety, members of the gang were allegedly involved in robberies and shootings, including a shooting inside the crowded Barclay’s Center, and a shooting in which an innocent bystander was hit. Thanks to the extraordinary work of HSI, ATF, and the NYPD, the defendants will now face justice in federal court."

As we reported, the hip-hop star was taken into custody Sunday night by federal agents after a joint investigation by police, Homeland Security and the ATF slapped him with racketeering and weapons charges.

Along with the "BILLY" rapper, three of his associates, including his manager, Shotti. He and two other entourage members were recently arrested and charged with gang violence after a dust-up outside a trendy Chinese restaurant following Tekashi's probation victory.

Tekashi had vowed to stay out of trouble but has found himself in violent situations, including a drive-by shooting while working on a music video with Kanye West in Beverly Hills.

After his arraignment in court, Tekashi's bail was denied and he will be detained in custody pending trial.