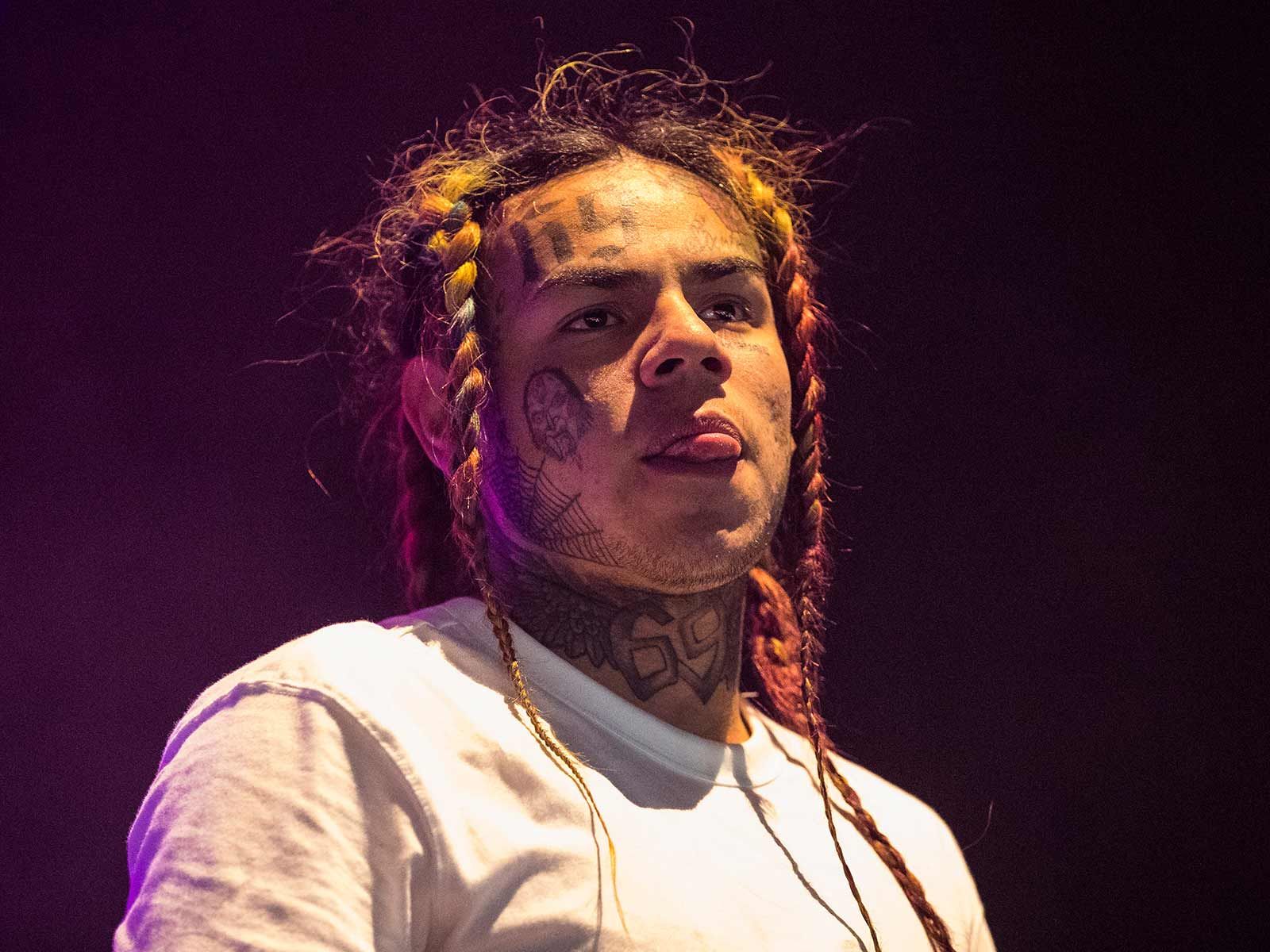 Tekashi 6ix9ine Is a Gang Member Who Belongs Behind Bars, D.A. Claims

The Manhattan District Attorney's Office is asking a judge to sentence Tekashi 6ix9ine to at least a year behind bars, citing his multiple plea agreement violations and the fact he has admitted to being part of a violent gang.

Sara Weiss, the Assistant District Attorney for New York County District Attorney's Office, filed a letter to the judge as part of Tekashi's 2015 case where he pled guilty to one count of using a child in a sexual performance.

In her letter, Weiss is arguing for Tekashi to be sentenced to one to three years behind bars for violating his plea agreement in the case. She writes, "Defendant's acknowledged membership in a violent Bloods set known as 9 Trey Bloods, along with an incident of gun violence perpetrated by this defendant's entourage, make him an inappropriate candidate for adjudication as a Youthful Offender."

Weiss argues that the rapper violated the terms of his plea deal when he was arrested twice in 2018 — once in New York in May and then again in July in Texas.

Tekashi 6ix9ine has previously argued he has not violated the agreement because he had not been convicted of anything thing yet and he claims that the terms of the plea agreement expired in 2017.

Weiss responds to the first argument by claiming the plea agreement clearly states "[w]hether defendant is determined to have violated the terms and conditions of the agreement is left to the sole discretion of the Prosecutor."

As for the "expiration" argument, Weiss says that Tekashi 6ix9ine was to ordered to "commit no new crimes prior to the sentencing date." That sentencing date was pushed back several times because of Tekashi's "own failure to obtained a GED, and his numerous requests for additional time to do so, that resulted in multiple adjournments and caused a lengthy delay in the sentencing date."

The rapper is due in court on Wednesday, but our sources say they will most likely continue the hearing to a future date. Also, it looks like 69 is still overseas so he may already know his hearing is pushed.