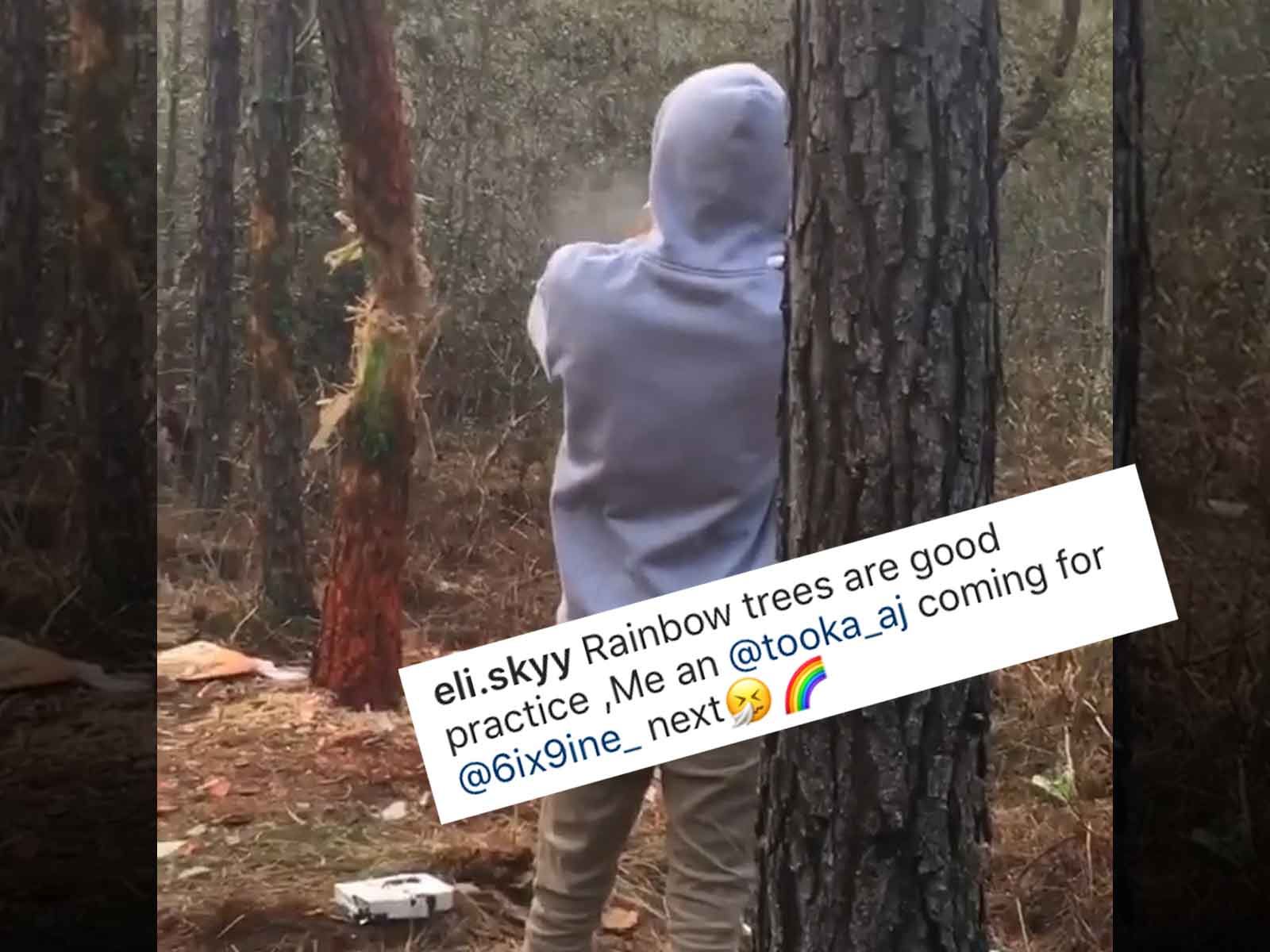 Police in Florida are investigating threats made to rapper Tekashi 6ix9ine by two guys who also tried to make it seem on social media like they were involved in the shooting of XXXTentacion.

The Broward County Sheriff's Department tells The Blast they are aware of the threat made on Instagram by a guy who posted a video firing a gun at a tree with rainbow paint (presumably a reference to 6ix9ine's hair) and the caption "coming for @6ix9ine next."

The two Instagram accounts each made posts after the shooting of XXXTentacion that made it seem like they were connected to his death.

One post said, "Im sorry for the decisions I made I cant put the bullet back In the camber [sic] I would if I could." Another post said, "Going to confess tomorrow I can't live hiding this shit."

There was another post that had a list of rappers — with Lil Pump and XXXTentacion's names crossed out — that also listed 6ix9ine, Lil Pump, Kodak Black, and Lil Uzi, among others.

The threats are ironic given that 6ix9ine, in the aftermath of XXXTentacion's death, posted a video saying he may need to change his own ways because he sometimes takes trolling too far.

“Sometimes I feel like I do too much trolling,” he said in the video.