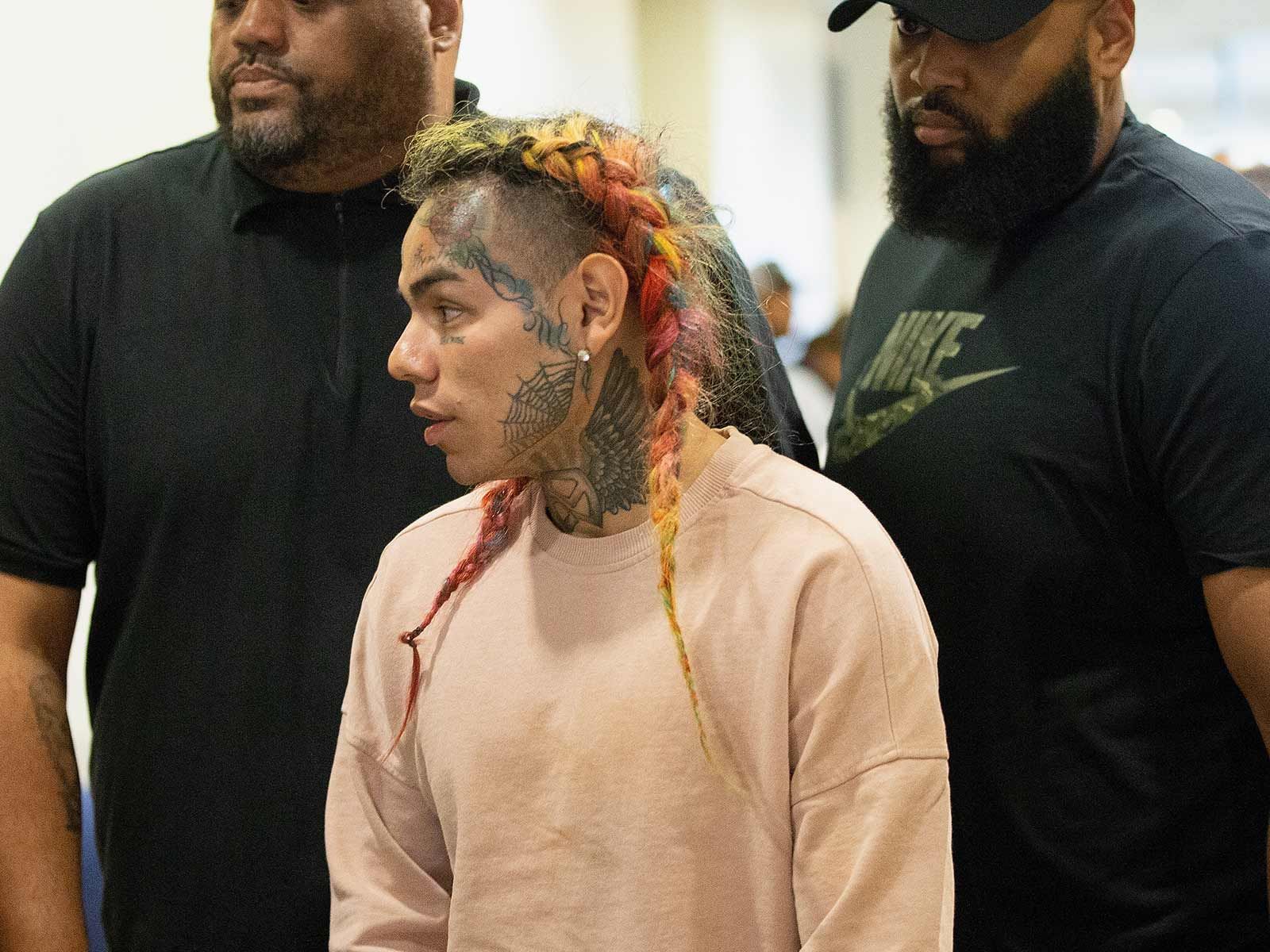 Tekashi 6ix9ine was in court today in Houston and while nothing significant happened, it could be the beginning of the end of the whole case.

6ix9ine is accused of grabbing the neck of Santiago Albarran back on January 6 at the Galleria Mall in Houston. The hearing today was continued but we're told his attorney, Carl Moore, is working with prosecutors to get the case dismissed.

The rapper appeared in Houston straight off a night of partying in Miami (see above) where he performed at a club called Mr. Jones.

He was then photographed snacking on some chicken after the hearing and in case you haven't noticed yet ... HE WAS WEARING THE SAME SHIRT DURING ALL THREE THINGS!!!

The way things are going for him in his New York case, wearing the same thing every day might be in his near future.