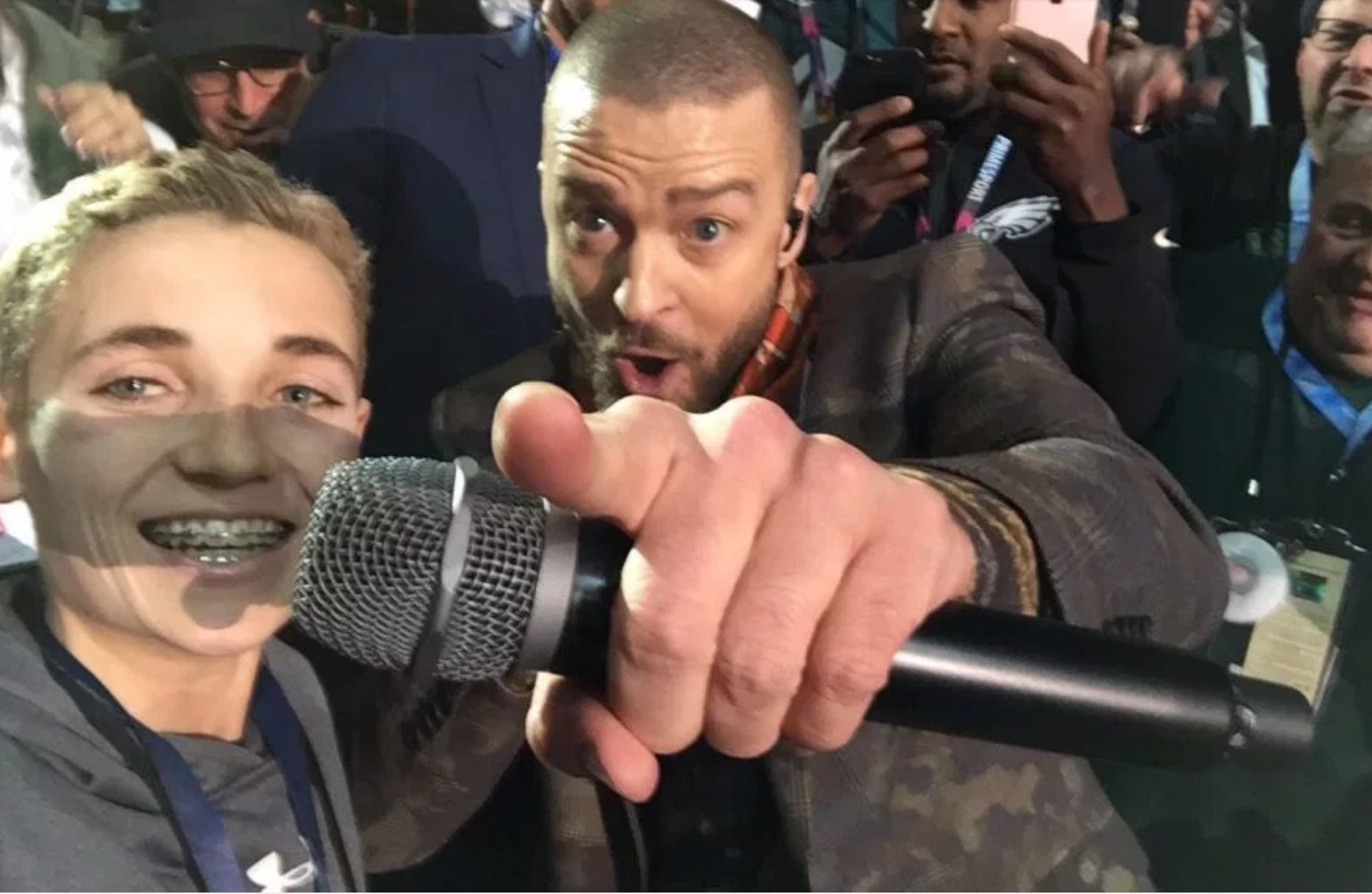 Justin Timberlake wasn't the only star in the halftime show at Super Bowl LII.

Ryan McKenna is a 13-year-old kid from Hingham, MA and became an internet sensation when he jumped in front of JT for a selfie during the biggest live event of the year.

McKenna told ABC News he quickly opened his camera app on his iPhone when he saw Timberlake getting closer, and thought, "I’m not going to get that opportunity again, and I just kind of went for it."

McKenna's photo-op quickly went viral, and there are already several memes floating around.

Not a bad consolation prize after the loss his Patriots suffered at the hands of the Eagles.