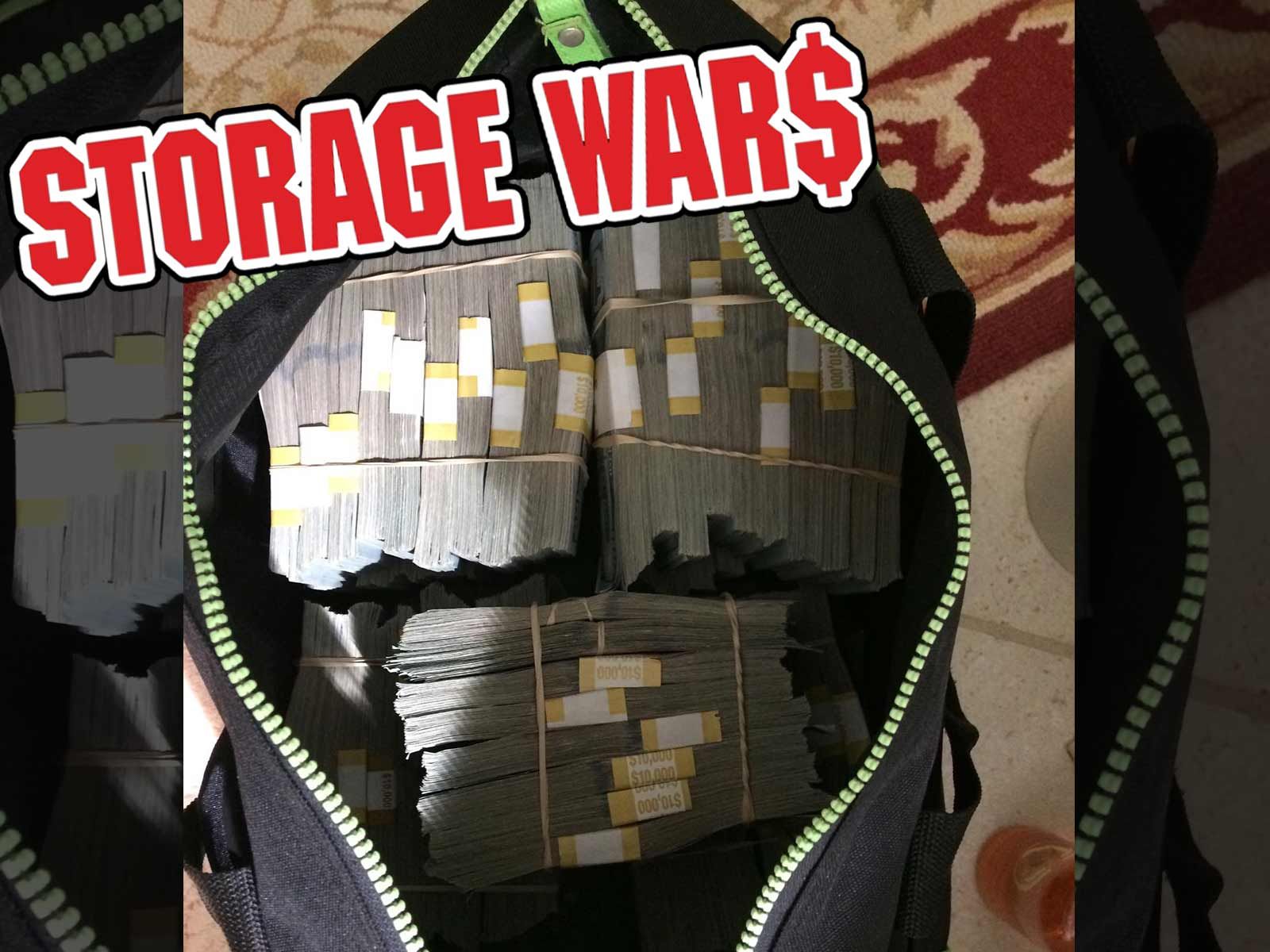 "Storage Wars" auctioneer Dan Dotson unknowingly unloaded the most valuable locker he's ever sold – a unit containing $7.5 MILLION in cash – and he had no idea about the discovery until last week.

Dan tells The Blast he was at the Cars, Stars and Rock N' Roll charity auction event in Indio, CA last weekend when a stranger approached him and revealed the multi-million dollar bombshell.

"An older Asian woman at the table next to me kept looking at me like she wanted to tell me something," Dan says. "Eventually she walked up and told me her husband works with a guy who bought a unit from me for $500 and found a safe inside."

The American Auctioneers owner and his wife/co-star, Laura Dotson, tell us the woman went on to explain that her husband took the safe to a locksmith who broke open the safe, and they discovered $7,500,000 in cash.

Shortly after that, things got ... complicated.

The woman claimed an attorney contacted them, alleging to represent the people who originally owned the storage unit and the $7.5 million. He offered a $600,000 reward for the return of the cash. The new owners supposedly declined, but then accepted a second offer to keep $1.2 million and give back the remaining $6.3 million.

Dan and Laura say the find is undoubtedly the most valuable locker they've ever sold.

We're told "Storage Wars" was not filming the day the money was discovered, but word has already spread among the cast. Dotson's co-star, Bargain Hunters Thrift Store owner Rene Nezhoda, says he wouldn't be shocked if the origin of the money was Mafia or Cartel-related because "if you find money like that, there's probably a reason it isn't in the bank."

"Storage Wars" airs every Wednesday at 10PM EST on A&E.