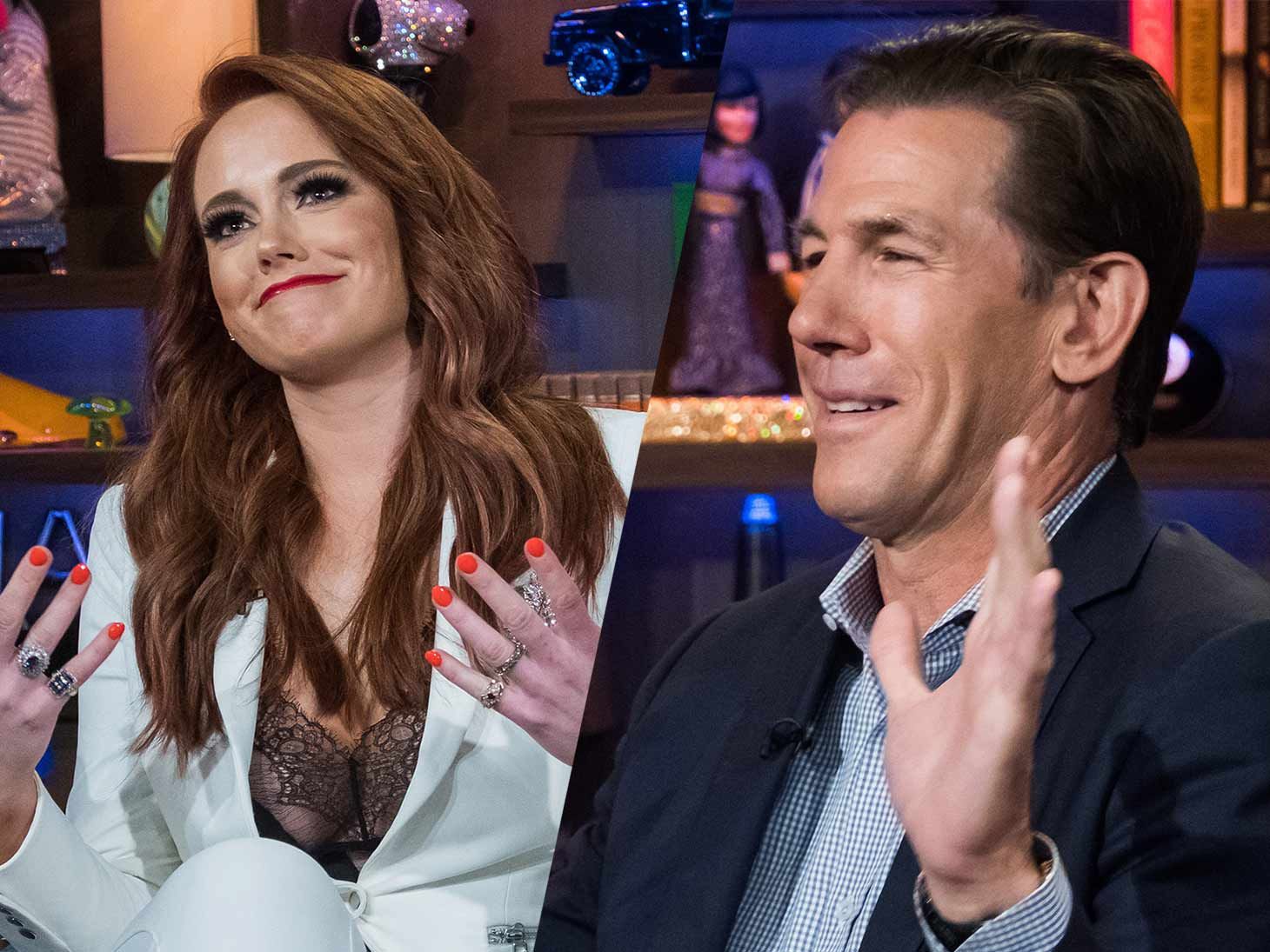 "Southern Charm" star Kathryn Dennis is firing back at her ex, Thomas Ravenel, and demanding he answer questions under oath about how many private investigators he hired to follow her and his alleged drug use.

According to court documents obtained by The Blast, Dennis wants Ravenel to answer questions under oath about his drug use — and turn over evidence to back up his claim she abuses drugs — as part of their ongoing custody battle.

In the docs, Dennis wants answers on how many private investigators he has hired in regards to her and the kids. She also wants a list of all health or mental health diagnoses in the past 10 years. Dennis is curious to know if he has ever been evaluated for having bipolar disorder.

Dennis also is looking to know every drug or illegal drug that he has taken in the past six years and which prescription drugs he has purchased.

She wants him to show the evidence to back up his recent allegations where he accused her of prescription medication abuse and that she buys drugs from show producers and friends.

Another question she wants answered: "What date was it when you threw a party in your home downtown with illegal drugs present and you informed fellow party participants while standing in the bathroom that mushrooms don’t show up on drug screens?"

Dennis has asked Ravenel turn over a full list of women who have accused him of assault or sexual assault and whether or not he paid money to Debbie Perkins or Ashley Perkins. Interestingly, she also asks if he has discussed marriage with his current girlfriend, Ashley Jacobs.

Ravenel filed his response, demanding a protective order in the case and refusing to turn over all the documents that Dennis is requesting. He says a lot of what she wants is only being asked for to "annoy, embarrass, oppress or create an unburden" on him.

He wants the judge to order that he does not have to give Dennis everything on her list of demands, including copies of social media posts made by him in the past few years and all communications between him and his girlfriend over course of several years.

Ravenel says Dennis has no right to the majority of those messages and has opposed handing them over.

The two have been battling it out for months after Dennis filed for primary custody in October.

He would file suit against Bravo and Dennis as part of the custody dispute, demanding her request for primary custody be denied. He accused Bravo of pushing her to demand primary custody to create drama for the show.