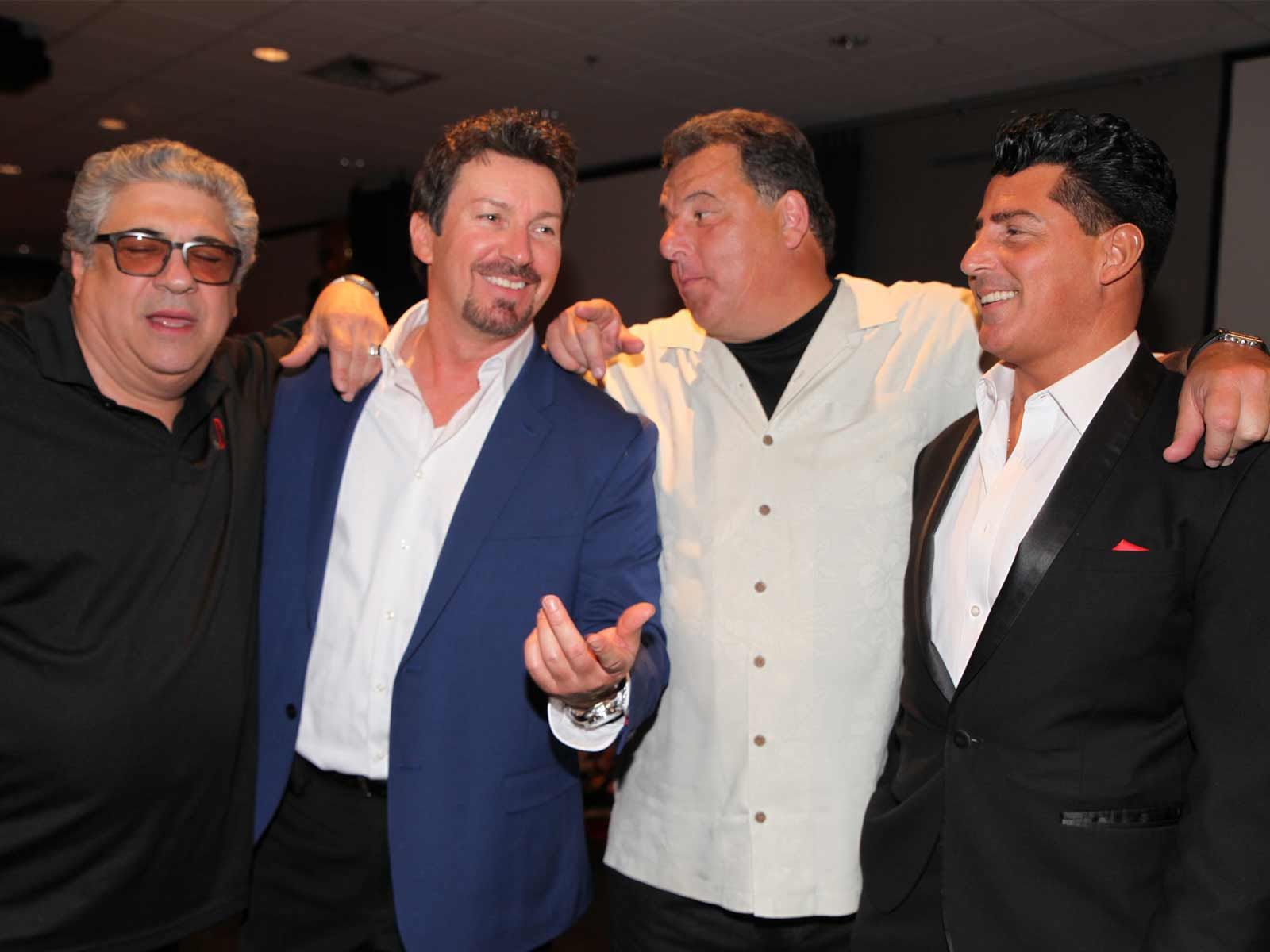 One of Las Vegas' biggest promoters usually hooks stars up with glitzy celebrations on their birthdays, so it was only fitting for his birthday some of the celebrities repaid the favor!

Former "Sopranos" stars Steve Schirripa and Vincent Pastore partied it up over the weekend with Vegas Executive Richard Wilk for his 50th birthday at the D Casino Hotel.

Wilk is the celebrity liaison at the D, and some of his other well-known friends came to his party, including Randy Coutoure, Chuck Zito, "Pawn Stars" star Corey Harrison and "Tanked" star Brett Raymer. D Casino owner Derek Stevens also attended.

Brett Raymer is also the owner of Vegas eatery Donut Mania, and provided a ton of his custom donuts to arrange a giant "50" for Wilk to blow out.