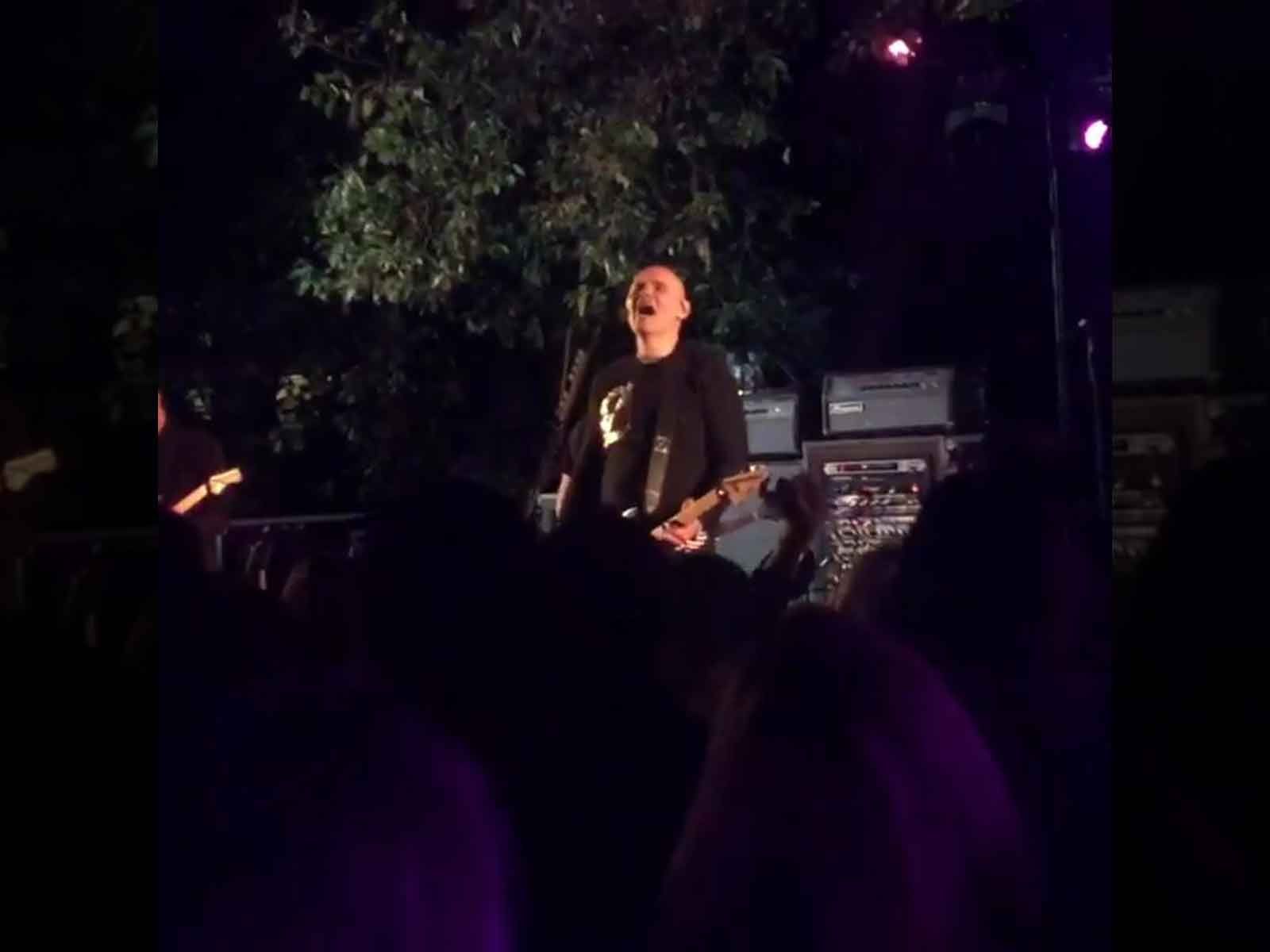 Smashing Pumpkins just threw the house party of your alt-rock 1990s *dreams* at the same home where they filmed their famous video for "1979."

Billy Corgan recently got most of the band back together for a new tour and treated about 200 people last night to a party where they basically recreated their hit music video, complete with TP in the trees.

Sources at the event tell The Blast the party was held at a "huge gated property" in Studio City, CA. The attendees were mostly contest winners from all over the country who scored the invite from a recent Live Nation contest.

We're told the party was "no frills" — in the mold of a "typical suburban house party" — with "toilet paper on the trees on the property [and] guests drank beers out of red Solo cups." The one semi-luxury was a photo booth set-up.

Sources at the party say that the show was a no-phones zone and people's devices were taken away ... luckily someone was able to snap a quick video of Corgan rocking out on stage.

The band played for about 90 mins and mostly stuck to the classics.

The scene was pretty tame and sources say cops were present but didn't need to get involved. The biggest issue was the "total shit show" after it ended with all the guests trying to get out of the quiet neighborhood in cars and shuttle buses — including Corgan, who apparently drove himself.

This backyard soireé is one of many events Smashing Pumpkins are putting on to promote their “Shiny And Oh So Bright Tour,” which kicks off July 12.