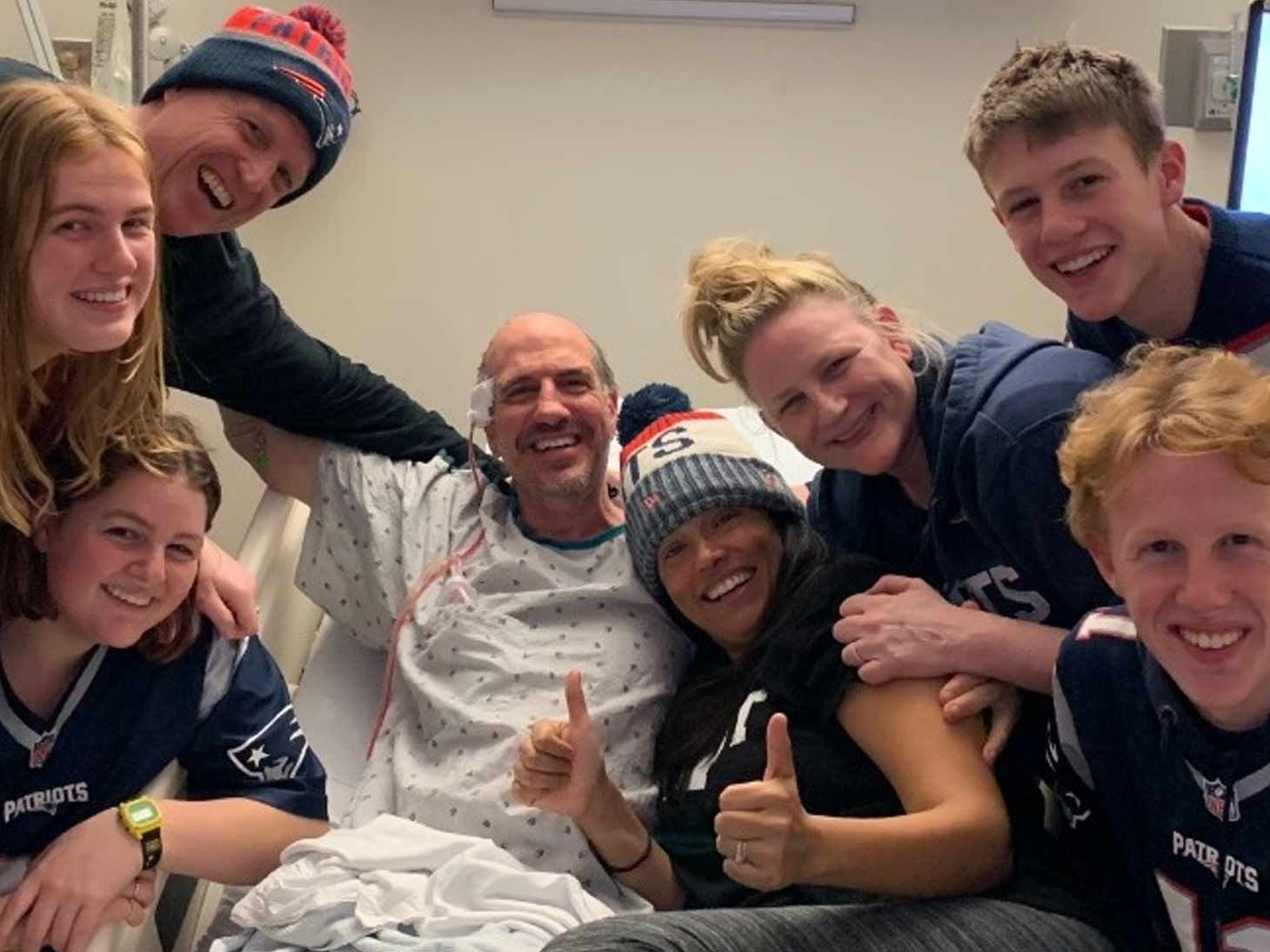 Sam Lloyd — perhaps best known for playing the lawyer Ted on "Scrubs" — recently discovered he had cancer and now his friends are coming together to help his family during this difficult time.

A GoFundMe page has been set up for Lloyd and his wife, Vanessa, who only recently welcomed their first child.

According to the page, Lloyd visited the doctor on January 17 after suffering from headaches and sudden weight loss. A CT scan revealed a mass on his brain and within a day, he underwent brain surgery.

Unfortunately, doctors determined the tumor was too intertwined and they were unable to remove it. A few days later, Lloyd learned that the cancer in his brain had metastasized from his lungs and subsequent scans revealed the cancer was also in his liver, spine, and jaw.

Lloyd was able to watch the Super Bowl from his hospital bed and cheer on his beloved New England Patriots surrounded by friends and family.

"Scrubs" creator Bill Lawrence voiced his support for Lloyd on Twitter and sharing the GoFundMe link, writing, "This is Sam. He was Ted on SCRUBS. He’s a pal. Just had his first baby. Get involved if you can. I am."

The GoFundMe page has a $100,000 goal to help Sam Lloyd and his family with "a range of medical, childcare, and other expenses."