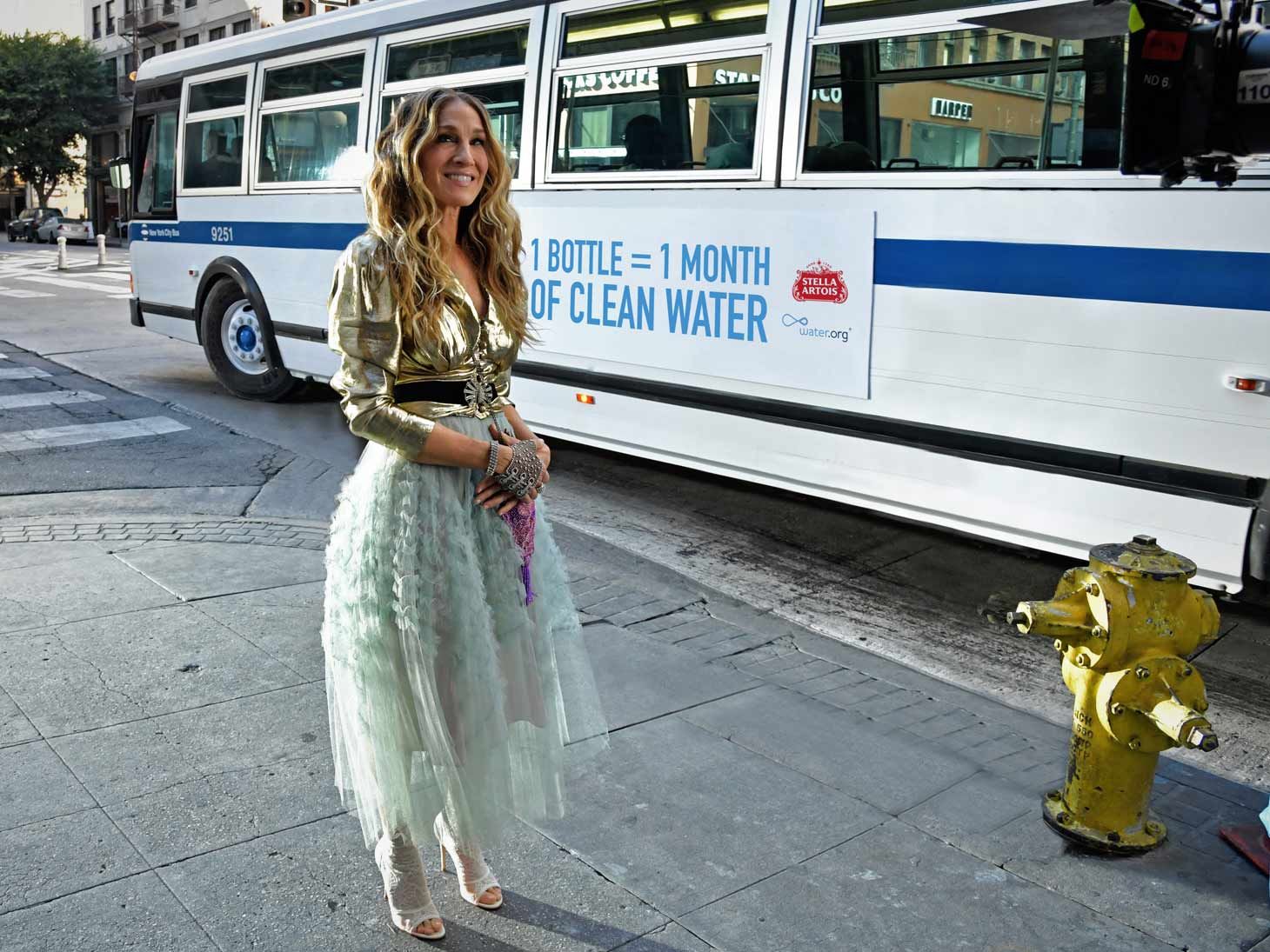 While "Sex and the City 3" is on hold forever, Sarah Jessica Parker isn't done playing Carrie Bradshaw just yet.

The actress is featured in a new Stella Artois commercial where she recreates the iconic opening scene of the franchise ... and it's all for a good cause! Stella has partnered with Matt Damon's non-profit company, Water.org, where for every bottle purchased, a donation is made to help people get clean water all over the world.

In the video, SJP is seen looking chic in a gold jacket, sequined purple purse and a light blue tutu (a subtle nod to the pink one she wore in the "Sex and the City" opening) and gets splashed by a passing bus.

Instead of showing Carrie's photo on the bus with the words "Carrie Bradshaw knows good sex,” like the one in the series, this one reads, "1 bottle = 1 month of clean water.”

Sarah Jessica Parker shared the video, writing how much fun it was to jump into her Manolo Blahniks again.

"Revisiting a beloved character. Briefly and with a twist. Because, thanks to @stellaartois, when you change up the usual you can do good," she wrote.

This is a treat for "Sex and the City" fans who thought they'd never see the iconic character back on the silver screen after a massive falling out with co-star Kim Cattrall, who roasted SJP publicly after her brother's death and spoke openly about the franchise, adding the two were never friends.